New Jersey Governor Chris Christie will not be hosting a drive-time talk show on New York City’s premier sports radio station after he leaves the governor’s mansion this January, it was reported on Sunday.

Christie is no longer in the running to replace Mike Francesa on WFAN, the New York Daily News reported.

Management at the station, which is owned by CBS Radio, has informed the unpopular governor that it will seek to hire another candidate to fill Francesa’s shoes when the longtime host is expected to retire at the end of the year.

But Christie denied the report, saying instead that it was him who told WFAN that he was no longer interested in the job, according to the Bergen Record.

Last month, Christie filled in for a vacationing Francesa at WFAN, co-hosting a four-hour sports talk and call-in show with another radio personality, Evan Roberts.

The governor was behind the microphone for two days, setting off speculation that he was a candidate to succeed Francesa.

New Jersey Governor Chris Christie (seen hosting a call-in show called Ask the Governor in 2014) will not be hosting a drive-time talk show on New York City’s premier sports radio station after he leaves the governor’s mansion this January, it was reported on Sunday

Francesa is planning on retiring at the end of the year following a highly successful 30-year career at WFAN.

He was most notably one half of the highly rated show Mike and the Mad Dog, which he co-hosted for 19 years with Chris ‘Mad Dog’ Russo.

Christie has some experience in radio. He has occasionally stepped in to co-host another WFAN show, the morning drive-time Boomer & Carton.

As governor of New Jersey, he has hosted a call-in show called Ask the Governor on 101.5FM.

In a statement released to the press on Sunday, Christie said WFAN approached him and asked him to do more shows with co-hosts.

‘After considering the other options that I have been presented with for post-gubernatorial employment, I declined their request to do additional shows,’ Christie said. 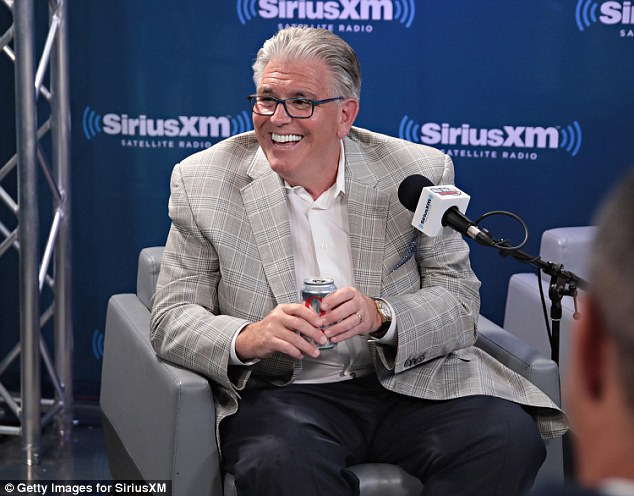 Management at the station, which is owned by CBS Radio, has informed the unpopular governor that it will seek to hire another candidate to fill Mike Francesa’s (above) shoes when the longtime host is expected to retire at the end of the year

‘I made station executives aware that while I would be happy to continue to fill in for [morning co-host] Boomer [Esiason] when asked and when available, that they should no longer consider me as a candidate interested in any job at WFAN when I leave the governorship.

‘I made that clear to them prior to leaving for my family vacation two weeks ago.’

The talkative Christie has always embraced media appearances, making him likely to seek employment either on television or in radio after his second consecutive term as governor ends.

Christie will leave office on January 16, 2018, when a new governor takes over in Trenton.

Last month, his approval ratings reached historic lows, with just 15 percent of New Jersey voters having a favorable opinion of him.

The figure is one of the lowest ever for a sitting governor, according to the statistical site FiveThirtyEight. 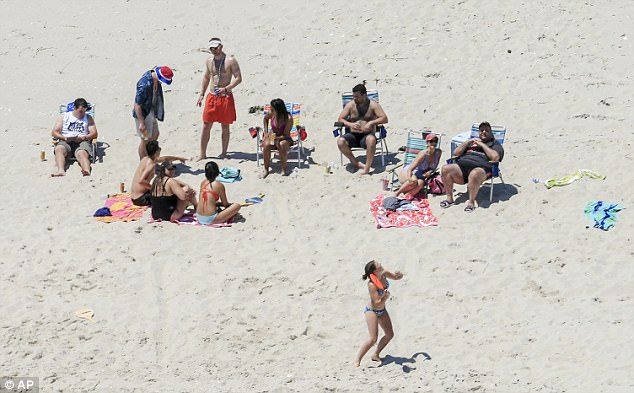 Christie will leave office on January 16, 2018, when a new governor takes over in Trenton. His popularity sank to an all-time low after he was photographed on a state-run beach with family and friends on July 2 during a government shutdown, resulting in closure of other beaches

Christie’s tenure as governor was marred by scandal, most notably the Fort Lee lane closure – also known as ‘Bridgegate.’

In September 2013, Christie aides ordered the closure of two of the three traffic lanes in Fort Lee leading to the George Washington Bridge for a period of five days – leading to massive delays for commuters heading into New York City.

It was widely thought that the lane closures were ordered as retribution against Fort Lee’s mayor for his refusal to endorse Christie’s gubernatorial candidacy in 2013.

The scandal led to federal investigations and convictions against two top former aides to Christie.

The governor denied any knowledge of or involvement in the scandal.

Most recently, Christie angered Jersey residents last month when he was photographed lounging on a state-run beach near one of his official residences while other state beaches were closed due to a government shutdown.

The shutdown ended just before the Fourth of July holiday, but Christie nonetheless was pilloried by the public.