Chris Froome’s bid to avoid a doping ban is said to have suffered a major setback amid claims that cycling’s ruling body the UCI have rejected his explanation for a failed drugs test.

Le Monde, the French daily newspaper that first reported that the four-times Tour de France winner had been found to have double the permitted limit for an asthma drug en route to winning last year’s Vuelta A Espana, claimed there had been a significant development in the Froome case on Friday night.

Team Sky refused to comment while Froome tweeted that it was ‘fake news’. 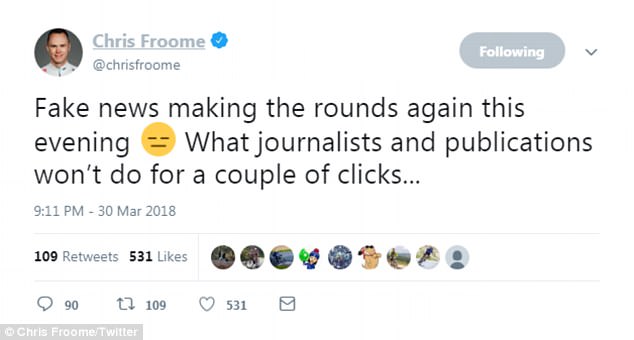 What is the UCI’s Anti-Doping Tribunal?

The UCI Anti-Doping Tribunal was set up in January 2015 as part of the reforms implemented by then president Brian Cookson.

The judges are fully independent from the UCI and were nominated in view of their outstanding expertise in the field of anti-doping and dispute resolution.

If Le Monde’s claims are true, the case will almost certainly be referred to the Court of Arbitration for Sport.

Froome has enlisted the services of a leading anti-doping lawyer as well as a team of scientific experts to both explain how he could have recorded such high levels of salbutamol in his system while also challenging the rules around the drug.

But Le Monde reported that the UCI has taken a step towards disciplinary proceedings by dismissing the Team Sky rider’s evidence and referring the case to an anti-doping tribunal.

Both riders were found to have lower levels than Froome. The 32-year-old British rider had twice the permitted limit in his urine on September 7 last year despite claiming not to have exceeded the maximum number of puffs from his asthma inhaler. 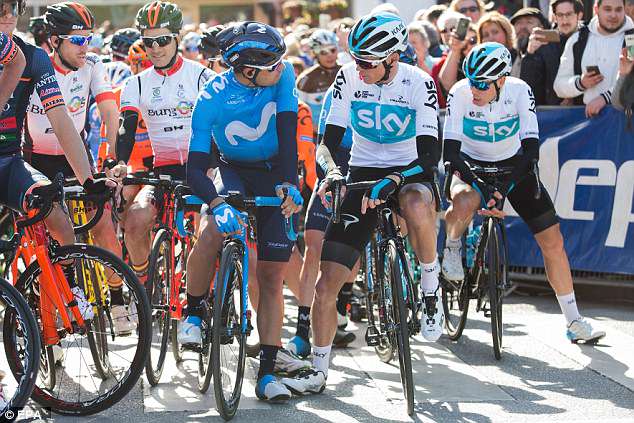 While insisting he has done nothing wrong, Froome has continued to race, even though there have been calls from the UCI and major figures in the sport to give himself a self-imposed ban.

As things stand, he will still line up for the Giro d’Italia next month in a bid to hold all three Grand Tour titles at the same time, having won the Vuelta and the Tour de France last year.

‘It is well known that I have asthma and I know exactly what the rules are,’ Froome said when news first broke of his adverse analytical finding in December. ‘I use an inhaler to manage my symptoms and I know for sure that I will be tested every day I wear the race leader’s jersey. My asthma got worse at the Vuelta so I followed the team doctor’s advice to increase my salbutamol dosage.’ 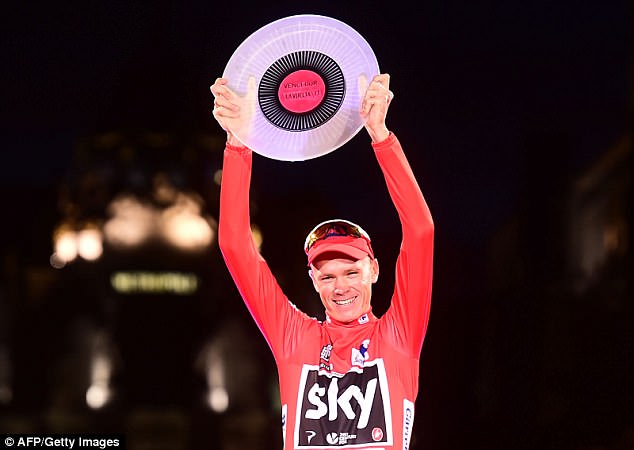