Christine Quinn flaunted her toned physique in a vibrant, cut-out ensemble during a photo shoot in Los Angeles on Wednesday.

The former Selling Sunset star, 34, flashed her midriff in the neon outfit as she posed for street style snaps on the busy city streets.

The mother of one has become more prominent in the fashion industry for her bold sense of style since her exit from the Netflix reality series.

The star donned a pair of light blue, open-toed platform heels that were secured with straps around her ankles.

To accessorize her fashionable outfit for the day, the TV personality threw on a pair of oval-shaped, gray shades.

She also adorned her neck with a chunky, gold-chained necklace with a circular embellishment for a flashy touch to the look. 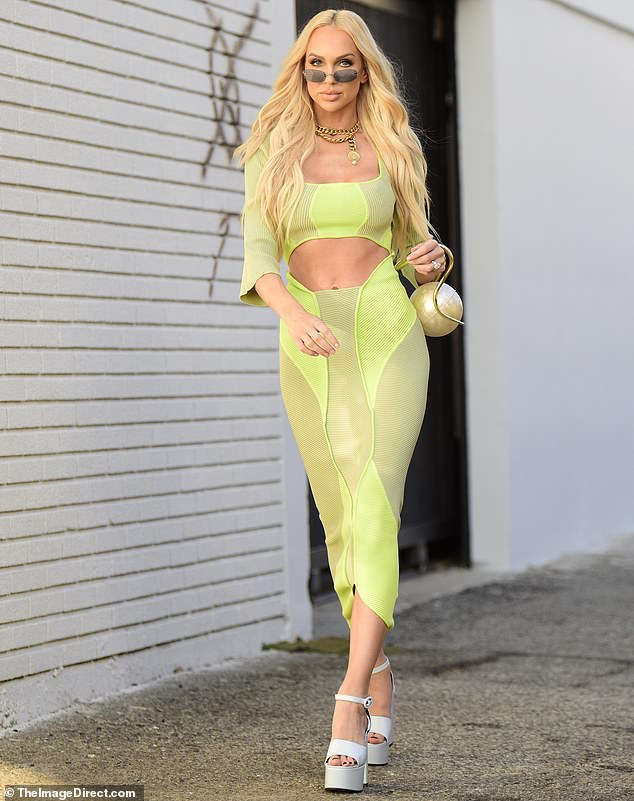 Her blonde hair was parted in the middle, and effortlessly flowed past her shoulders in elegant waves.

Christine’s makeup was beautifully done, comprising of a layer of black mascara, a dark eyeshadow to make her eyes pop, and a nude-colored lipstick.

During a recent interview with Allure, the businesswoman expressed that, ‘Fashion and beauty has just been my realm forever.’ 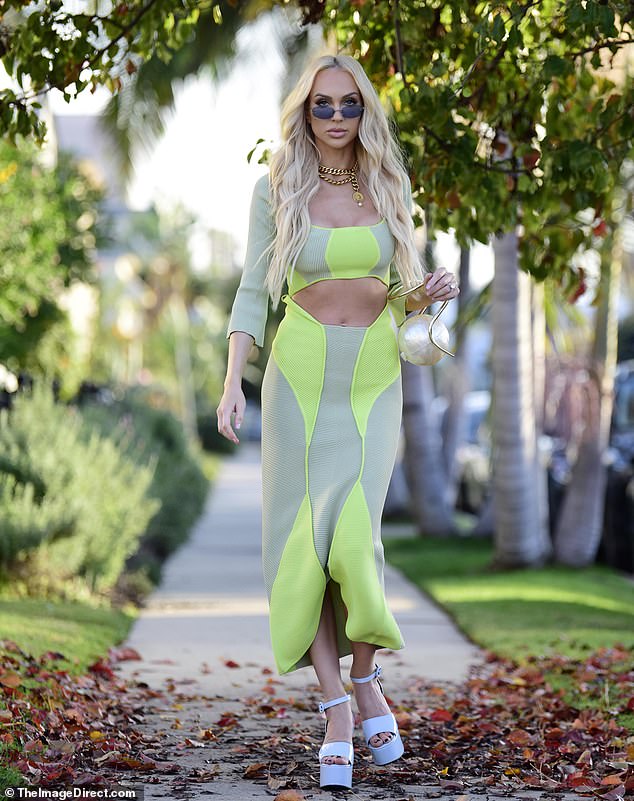 Fall vibes: The TV personality took a few snaps around fresh fall leaves that had fallen from a tree above her 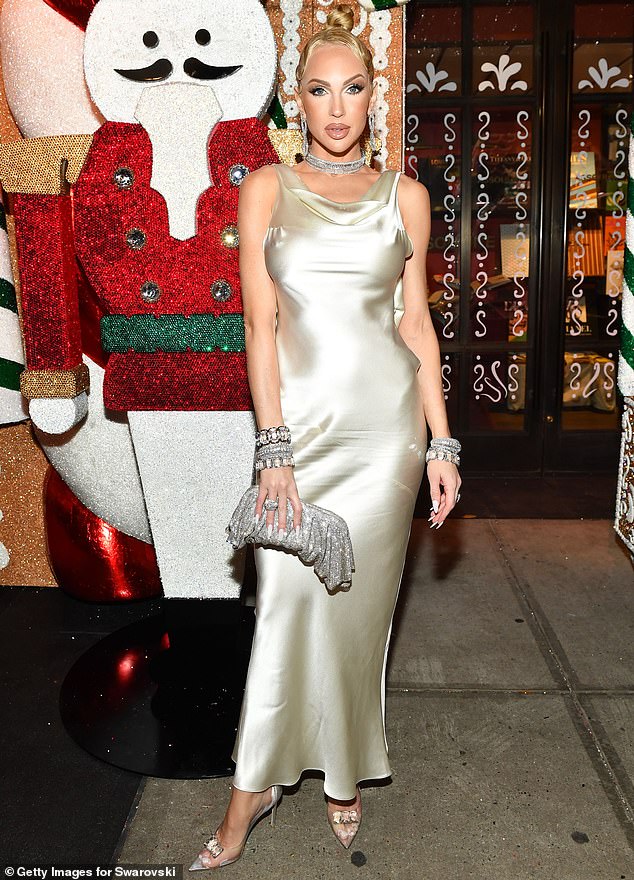 Fashionista: When recently talking to Allure, Christine stated, ‘Fashion and beauty has just been my realm forever’; seen in November in NYC

‘I just love the beauty industry, because it’s constantly evolving and making people feel like the best versions of themselves,’ the glamorous star added.

Christine additionally commented on her Barbie-inspired fashion sense and aesthetic, explaining, ‘It’s always some variation of a Barbie, you know, whether it’s golf Barbie, or it’s Sharon Stone Barbie, whatever Barbie it may be at that point in time.’

‘It has just this flawless aesthetic that I always strive to,’ the mother of one concluded.

Along with becoming more involved in the fashion industry, the beauty recently helped her husband, Christian Richard, launch their own brokerage called RealOpen in April.

Since the announcement of her official exit from Selling Sunset, Jason Oppenheim, the Oppenheim Group founder and boss on the show, expressed his feeling about Christine’s departure when talking to Page Six.

When talking about the drama surrounding the star in the show, he stated, ‘I think people were tired of watching that dynamic continue season after season.’

The businessman continued, ‘It’s not the type of drama that I enjoyed being a professional real estate broker.’

His twin brother, Brett Oppenheim, who also works at the brokerage, additionally weighed in about the beauty’s exit.

‘This is our first season without her, and she’s a big loss because she’s made for reality TV,’ he recently told People. ‘We stay in touch, just not so often. Just mostly over Instagram or a text here and there.’

He added that despite her departure, he felt that the remaining cast have ‘stepped up’ for season six, ‘and it just ended up being unexpectedly an awesome season.’ 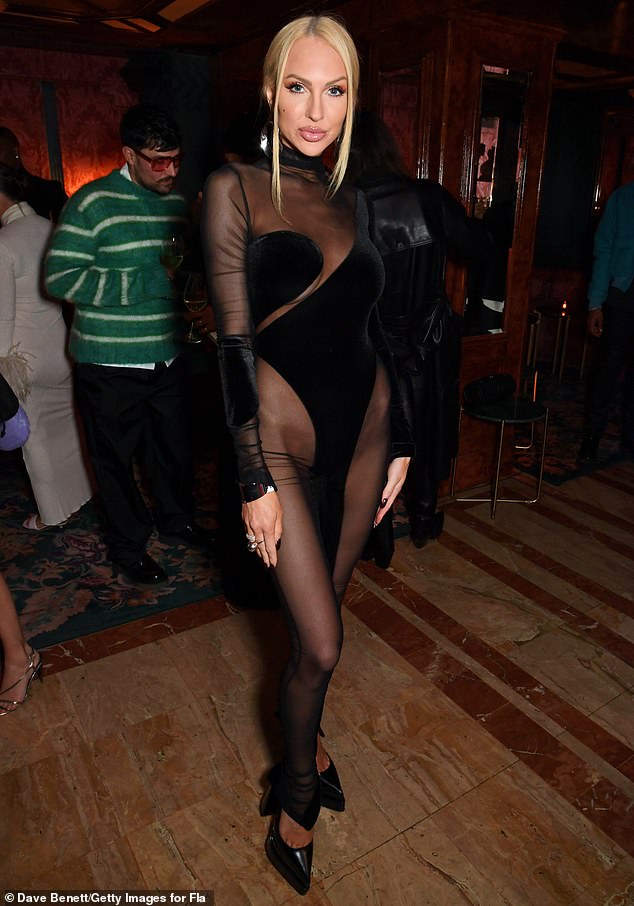 New focus: After her exit from Selling Sunset, Christine has focused on fashion, along with launching the brokerage, RealOpen, with her husband, Christian Richard; seen in September in Paris