The Secret Life Of The Zoo

The brilliance of NHS medical teams on show in Hospital (BBC2) leaves you speechless. So does the abject incompetence revealed in one management foul-up after another.

Cameras watched as cardiovascular surgeon Francesco Torella saved a life with insouciant calm, operating at the Royal Liverpool Hospital on Dave, a 74-year-old cabbie with an aneurysm who was just minutes away from death.

‘It’s going to be a gentle operation,’ Mr Torella assured his assistants, ‘not smash and grab.’

His expertise seemed unassailable. Yet over the road, a billion-pound building intended to be the Royal’s new state-of-the-art home stood vacant — a towering symbol of NHS ineptitude. 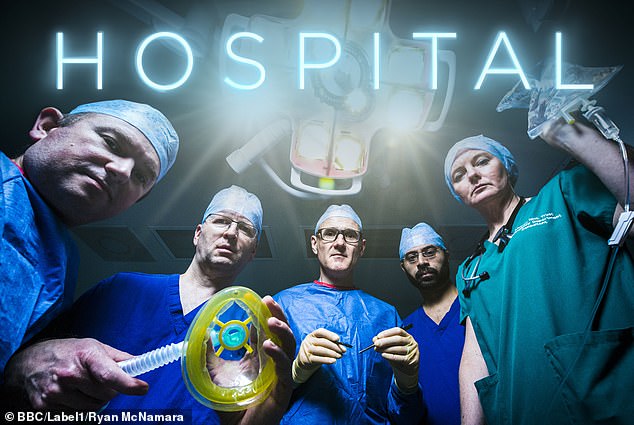 Following the collapse of building contractor Carillion, this empty shell of a hospital will need £300 million of repairs just to make it habitable. Its concrete skeleton is in danger of disintegration, and all the outer cladding needs to be ripped off and replaced.

That is mismanagement on a vast scale. But smaller catastrophes seem to erupt every hour, all of them threatening lives.

We saw a senior doctor searching the wards in mounting irritation for a missing patient. Tommy, who had aggressive prostate cancer, had been moved to another bed and was now lost in the system.

Meanwhile, 91-year-old Ron was transferred from the Royal to Aintree, five miles away, without his paperwork. The records hadn’t been printed out, and somehow it was beyond the capability of administrators to send them by email. Ron, who had shattered his hip in a fall, endured hours of added agony.

It is beyond rational explanation that surgical miracles are performed across the health service every day, yet to expect basic admin to be done is apparently asking the impossible.

Things could be worse. Imagine if the situation was the other way round, with efficient filing but endless bungles and howlers from the doctors.

On every ward, infallible secretaries would arrive at bedsides with the punctuality of quartz clockwork, to enumerate that day’s botch-ups: ‘Good afternoon, Mrs E. Smith, you were admitted this morning at 8.22am and 13 seconds for ingrowing toenail surgery.

Fugitive of the night:

On the run from surveillance squads in Hunted (C4), 78-year-old Mervyn knew a trick or two from his SAS training and 24 years in military intelligence. Escape and evasion was his speciality. The moral is, never underestimate an oldie.

‘In the past nine hours and four minutes, I’m pleased to say we have permanently solved the toenail problem by amputating both of your feet. In addition, I see we have removed one kidney, and sewn you up with a pair of surgical scissors inside.

Administrative breakdown was also causing havoc among the chimps at Chester on The Secret Life Of The Zoo (C4). Alpha male Dylan, 32, the chief executive of the chimp troupe, was neglecting his duty to his shareholders.

Alpha chimps are like business tycoons, constantly fighting off hostile takeovers while micromanaging every aspect of daily business. Ambitious young underlings must be slapped down (literally) and a complex hierarchy maintained. But Dylan was letting standards slip so badly that he might as well have outsourced Chimp Inc to the disgraced bosses of Carillion.

Teen apes ran amok. Babies got trampled. When Dylan wasn’t sprawled unconscious in the sun, he was sexually harassing any female within reach.

Dylan got duffed up by a gang of subordinates. Since then, he has been demoted to office boy.

As always with this series, compiled from hours of footage shot on hidden camera, there was a wealth of fascinating animal behaviour on show. And as always, it was almost human.