He’s turned his hand to everything from selling hooky gear down Peckham market to flogging bottled tap water as a health drink.

So it wasn’t a complete shock to see Del Boy building a rocket on Great British Inventions (More4).

‘This time next year, Rodney, we’ll be astronauts!’

Sir David Jason, treasured star of Only Fools And Horses, is never happier than when he’s tinkering with bits of machinery in his workshop, and it’s plain he’s presenting this history of national ingenuity out of love for the subject. His delight at each eccentric engineering breakthrough was unfeigned. 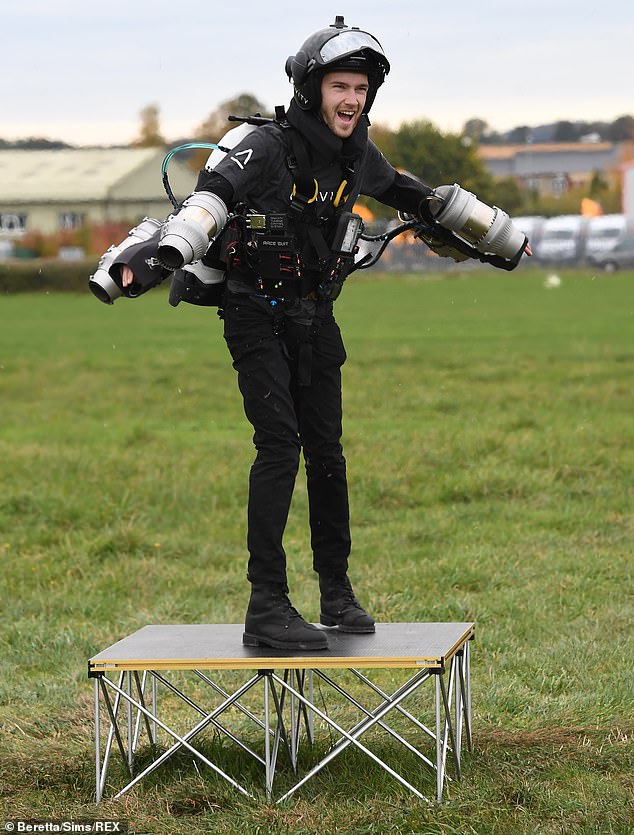 He’s also a qualified pilot of both planes and helicopters. Concentrating in this edition on British flight pioneers, he was enthralled by what he discovered.

Genuine enthusiasm from a presenter can make any subject interesting, and David was rubbing his hands with glee, like Del Boy spotting a gold-plated earner.

Instead of sticking to well-known innovations, the Spitfires and jump jets, he sought out forgotten geniuses — such as Sir George Cayley, the Victorian aristocrat who built the first gliders. One effort was called the Boy Carrier, because it was just large enough to lift a village urchin. But Sir George’s first real airborne success was a rowing boat strapped under a wing: it flew for 12 seconds in 1853, piloted by the toff’s protesting coachman.

David had tears in his eyes as he paid tribute to another unsung Brit, Percy Pilcher, who nearly beat the Wright Brothers to the invention of powered flight. On the day he was due to claim the record in 1899, Percy’s contraption suffered a broken crankshaft. Rather than disappoint his audience, Percy decided to put on a gliding display — and crashed to his death.

I’d have loved to hear more about his sister, Ella, who stitched the canvas wings and helped test-pilot some of his wing designs. She must have been quite a gal. 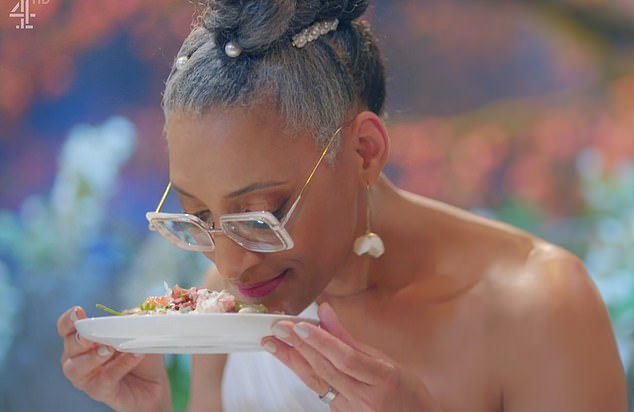 The hero of the episode, though, was a Del Boy doll, with fluffy sheepskin jacket and a string-pull voicebox that squeaked: ‘He who dares wins.’ Call him Doll Boy.

David and his mechanic mate Jude stuffed the doll inside their prototype rocket, the Spirit Of Invention — a scale model of one planned by the British Interplanetary Society in the 1930s. I had no idea UK explorers were trying to reach the moon before World War II. The rocket was a brave effort but it didn’t travel much further than the average firework. Doll Boy would have stood more chance in a Reliant Robin.

CHILLIEST JOB OF THE NIGHT

Padded anoraks were the dress code as Winterwatch (BBC2) returned, live from the Cairngorms, where five inches of snow and temperatures of minus 10c are predicted. I love this show, but rather them than me.

Heston Blumenthal and his fellow ‘food gods’ were already in the heavens, floating on clouds in the cookery competition Crazy Delicious (C4). They tucked into the dishes with gold-plated cutlery, though surely no amount of precious metal could make dumplings stuffed with chocolate and smoked mackerel taste better.

There’s none of Bake Off’s witty banter in this show. Presenter Jayde Adams greeted Heston: ‘Hallo, sir.’ ‘How are you?’ he replied. ‘I’m very well,’ she said. Scintillating . . .

The aim seems to be to make dinner look and sound as revolting as possible. Heston pretends to be enchanted by every meal, but he’s evidently got his tastebuds sewn in backwards.

Why anyone would want to eat congealed spaghetti bolognese, hemmed in by a palisade of lamb ribs, I have no idea. It looked like it had been exhumed.

But the most sickening recipe of the night was the reconstituted toffee apple, a ball of apple puree with a ‘savoury core’ made from dried pig’s blood.

You’ll have to excuse me, I don’t feel well.