Senate Democratic Leader Charles Schumer on Sunday pledged that his party will fight ‘tooth and nail’ against a Texas judge’s ruling that Obamacare is unconstitutional.

‘It’s an awful, awful ruling. We’re going to fight this, tooth and nail. And the first thing we’re going to do, when we get back there in the Senate, is urge – put a vote on the floor urging an intervention in the case,’ Schumer said on NBC’s ‘Meet the Press.’ 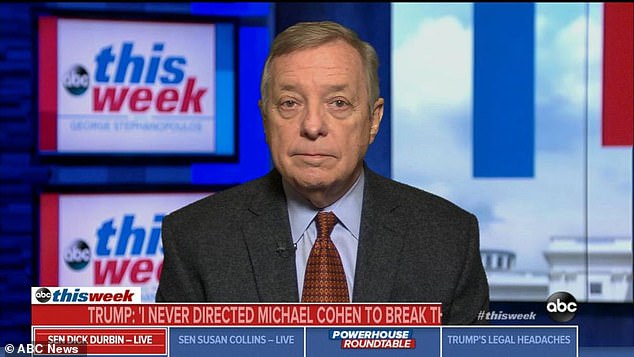 Democratic Sen. Dick Durbin warned Republicans they will face consequences for the ruling 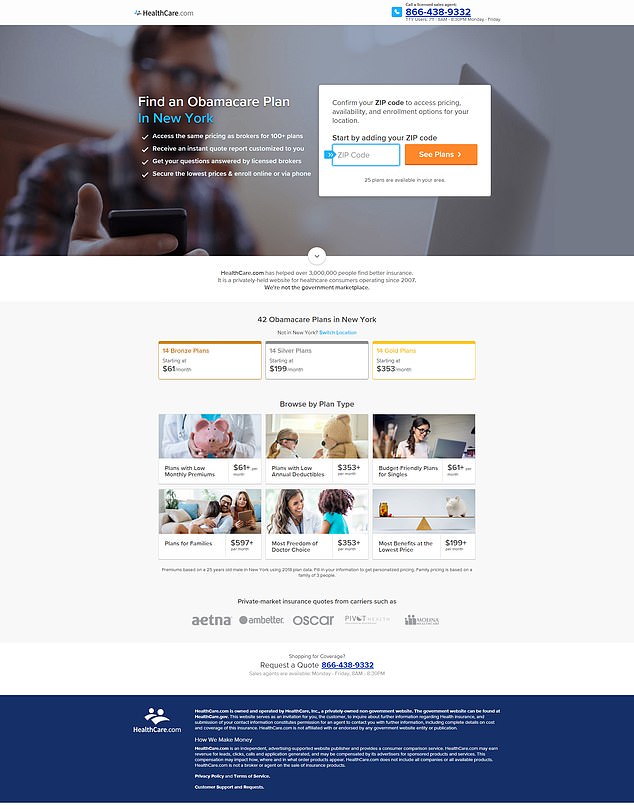 The ruling came during open enrollment for Obamacare

U.S. District Court Judge Reed O’Connor ruled on Friday that the Affordable Care Act is unconstitutional because of the law’s individual mandate, but lawmakers and legal experts from both parties have said they expect the ruling will be overturned.

That could take some time, however, and it may not be resolved before the 2020 election, which could make it a major issue in the president campaign.

Schumer and Democrats sought to blame Republicans for the ruling.

The GOP will face dire consequences for it, Schumer warned.

‘It’s an awful, awful decision. And it puts a lot of our Republicans in a box. Because they sort of were, once – you know, two-faced. On the one hand, they said they want to preserve pre-existing conditions and preserve health care. On the other hand, Donald Trump and a large number of Republicans brought this court suit. So there are going to be a good number of Republicans who are going to really have to make a decision whether to join us in this intervention or face very severe consequences,’ Schumer said.

He reminded Republicans that Democrats won control of the House of Representatives in the 2018 midterm, in part, because of health care.

‘I think the judge, the Republican attorneys general who brought this lawsuit, didn’t do the Republican Party any favor. The largest issue in the last election, November 6 election, that moved 40 seats from the Republican column to the Democratic column in the House, the biggest single issue was the Affordable Care Act and whether it would cover people with pre-existing conditions,’ Durbin said.

He said the administration wants to replace Obamacare and invited Democrats to join the effort.

‘Obamacare was ruled to be unconstitutional. We’ve always known that Obamacare was unconstitutional,’ he said on CBS’ ‘Face the Nation.’ ‘The more important question is whether Democrats are going to work with Republicans once Obamacare is ultimately struck down, which we believe it will be, to come up with a replacement plan that protects preexisting conditions.’

He added: ‘This president working with members of both parties would be able to replace it with something that not only expands choice, expands competition, enshrines purchasing across state lines, but also protects preexisting conditions in a much better way than the current law does.’

On Friday, in a decision that could reach the U.S. Supreme Court, O’Connor sided with a coalition of 20 states that argued requiring people to pay for insurance coverage is illegal because a change in tax law last year eliminated a penalty for not having health insurance.

The next step for the case is the Fifth Circuit Court of Appeals, the most conservative appellate court in the country.

President Donald Trump praised the decision, saying it is ‘a great ruling for our country.’

O’Connor’s decision was issued the day before the end of a 45-day sign-up period for 2019 health coverage under the law.

The head of the federal Centers for Medicare and Medicaid Services (CMS), which oversees the Affordable Care Act, said there were no changes and exchanges were open for business.

‘We expect this ruling will be appealed to the Supreme Court,’ CMS Administrator Seema Verma wrote on Twitter on Saturday.

‘Pending the appeal process, the law remains in place.’ 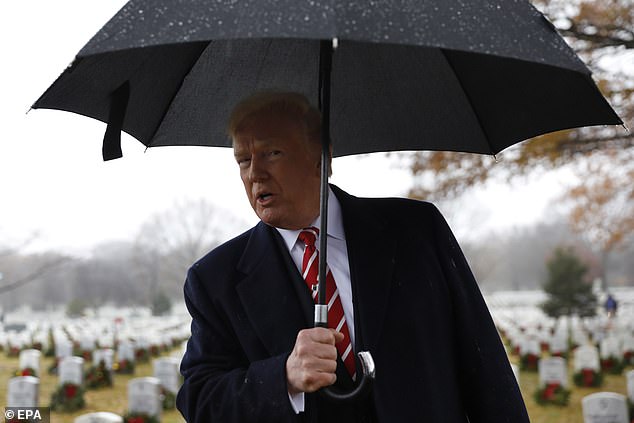 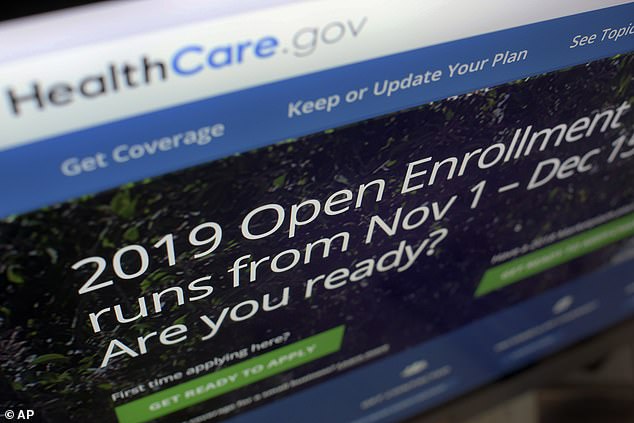 2019 open enrollment  is available on the healthcare.gov website. officials say the ruling will not affect current healthcare laws

‘There is no impact to current coverage or coverage in a 2019 plan,’ she said late on Friday.

Since the law’s formative stages amid concern about millions of Americans lacking health insurance, Republicans have opposed Obamacare, calling it a costly and unneeded government intrusion into Americans’ lives.

Trump campaigned against it in 2016.

They have repeatedly tried, but failed, to repeal the law, which was the signature domestic policy achievement of former Democratic President Barack Obama.

Even with control of both chambers of Congress and the White House in 2017, Republicans could not push through a repeal.

The O’Connor ruling underscored the high political stakes involved in the divide over healthcare, especially for Trump and his fellow Republicans ahead of the 2020 presidential election.

If the Supreme Court were to uphold O’Connor’s ruling, it would go a long way toward dismantling Obamacare.

That would be a political victory for Republicans, but it would also likely strip millions of Americans of their health coverage, a policy problem for which Republicans have offered no clear solution.

The Supreme Court upheld the Affordable Care Act in 2012.