A Texas middle school teacher allegedly duct-taped his 11-year-old student’s mouth shut for 30 to 45 minutes, making it hard for him to breath.

Clarence Williams, of Palo Alto Middle School in Killeen, Texas, has been placed on paid leave for a week while the local school district reviews a report of the incident.

School officials did not provide details on what prompted the teacher to allegedly tape the boy’s mouth shut on October 23.

The incident is just one of thousands of such cases being reported across the US.

Ernesto Ortiz, the student’s father, is making sure the public hear the family’s side. He told a local news channel that it took the nurse about an hour to remove the tape with ice and Vaseline.

Ortiz’s son, Devin, said, ‘Mr. Williams called me up to the classroom. I said, ‘What Happened?’ He said, ‘It’s not what’s happening, it’s what’s gonna happen to you.’

So then he grabs out the duct tape and tapes twice across my mouth and then once up here to my nose.’

Yesterday it was announced that Tracy Drayton, a physical education teacher in Albany, Geogria., will keep her job after a 30-day unpaid suspension following surveillance footage that shows her slapping a student.

The school board’s unanimous decision to suspend was in line with a recommendation by Turner Elementary School Principal Gail Solomon, but against the superintendent’s suggestion to terminate Drayton, according to WALB.

The teacher will be required to attend an anger management course before being sent to another school on probationary reassignment.

This is just one of a spate of incidents of teacher physicality across the country.

Swindle reportedly would ‘flick,’ ‘pinch’ and ‘pull’ Delgado’s ears. The teacher has denied the allegations. 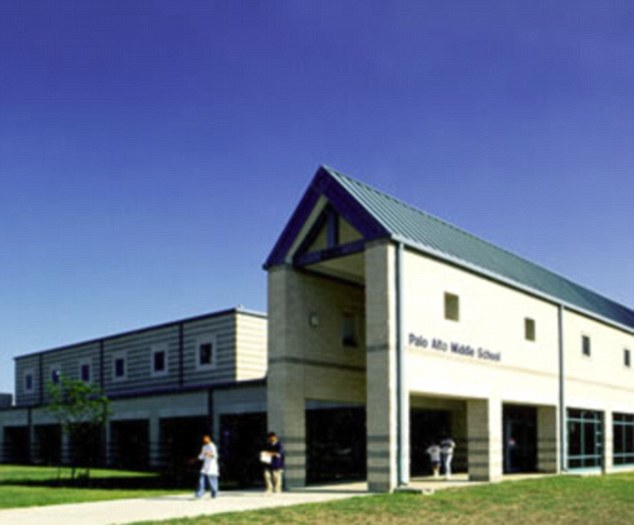 The process violated the school’s corporal punishment policy, which dictates that the teacher giving the paddling must be the same sex as the student.

Rather than issuing an apology, the district expanded its policy to allow opposite-sex paddling. Texas is one of 19 states allowing educators to spank students, but 97 of the nation’s 100 largest school districts have banned corporal punishment.

In recent months 8-year-old special needs child who allegedly suffered physical and mental abuse at the hands of his teacher in Mingo County.

The reported cases of disabled children being allegedly abused inside the classrooms are skyrocketing across the nation, with many more falling through the cracks that are not brought to light.

In 2010 the U.S. House of Representatives passed a bill that barred untrained teachers from using restraints or other techniques that could cause physical harm to children.

The legislation follows a 2009 report from the General Accounting Office, which found thousands of instances where teachers allegedly injured disabled students by using inappropriate restraining techniques, abusive seclusion or striking the child with their hand or another instrument.

GAO investigators found 84,354 instances of nationwide reported abuse in the classroom during the school year of 2010-2011 alone that included reports of inappropriate restraint, seclusion or what was defined by teachers and aids as other means of “emergency interventions”.