The U.S. Coast Guard was able to recuse five people from the floodwaters in Houston in the wake of Hurricane Harvey.

Five of the victims were winched up from the rooftop of their home and taken to safety as the rising waters put lives in danger.

Dozens of people have been rescued by helicopter which began as soon as winds from Harvey began to subside. 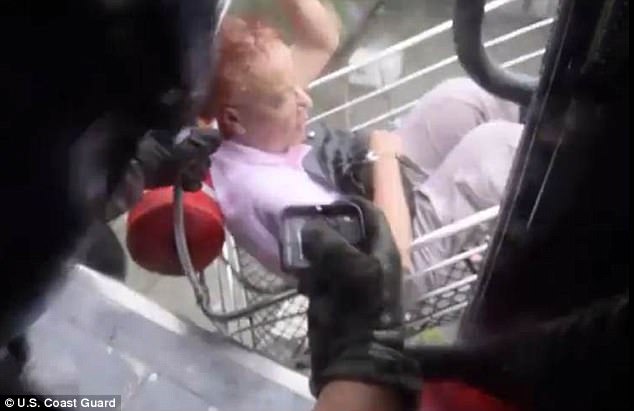 On Monday morning, The U.S. Coast Guard says it’s received more than 300 requests for urban search and rescue in the Houston area.

The Coast Guard has five helicopters working the emergency calls and is asking for additional helicopters from New Orleans to help.

Officials are advising people in dire straits to get to the roofs of their homes and mark them somehow to be seen from the air. They’re suggesting people wave sheets or towels.

Flooding in some parts of the county that includes the city of Houston is so bad that residents are being urged to seek refuge on their roofs. 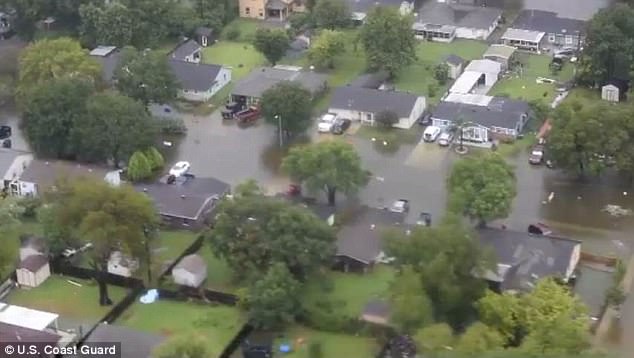 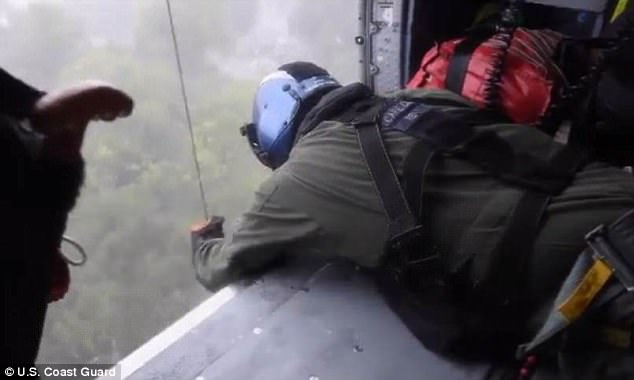 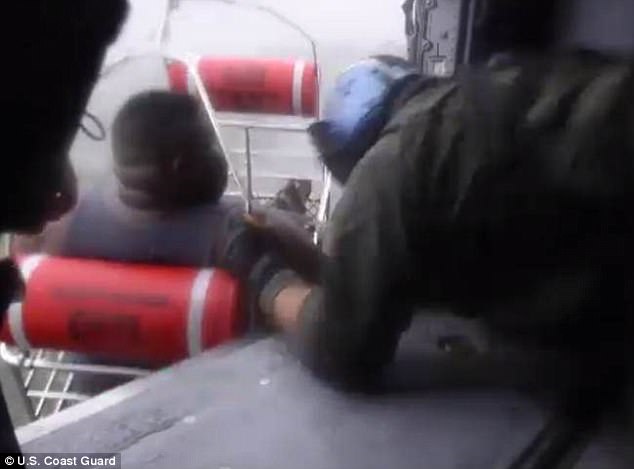 Harris County Flood Control District official Jeff Lindner says people inundated by rising waters shouldn’t crawl into attics of their homes but should get on top of them.

He says rainfall of more than 4 inches per hour has sent water higher than in recent Houston floods side and are exceeding levels seen in Tropical Storm Allison in June 2001.

Lindner says areas south of the city appear hard-hit and some flooding is reported in downtown Houston and in the Texas Medical Center, which was devastated in Allison.

He calls Harvey ‘a different animal’ from Allison and a ‘historic situation.’

He says he’s most amazed that he’s getting reports ‘of water into second-story of apartments and homes.’ Considering Houston’s flat terrain, ‘it’s very rare to get that depth of water.’ 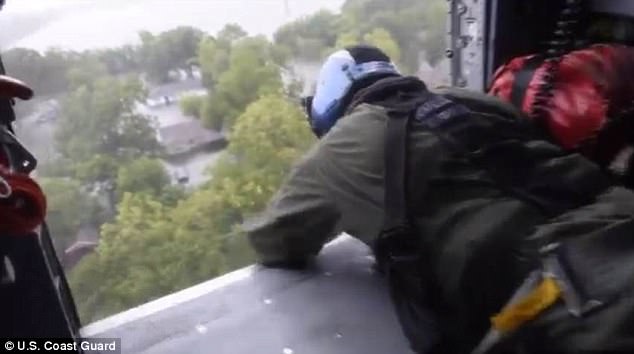 Coast Guard, Texas Air National Guard, Customs and Border Protection and other federal, state and local agencies are have been conducting urban rescues in the area since Saturday 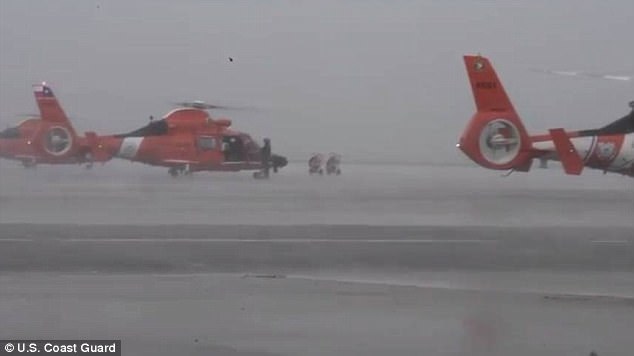 The Houston Chronicle reports that hundreds of calls have been fielded for water rescues as of early Sunday, including Houston police officials who evacuated two apartment complexes and rescued more than 50 children.

Gonzalez actively used Twitter overnight to field assistance for those trapped inside water-soaked homes, attics and vehicles. Those appealing for assistance or being steered to help via Gonzalez’s Twitter feed included a person suffering ‘cardiac-arrest,’ and a woman who posted: ‘I have 2 children with me and the water is swallowing us up. Please send help.’

Gonzalez at one point appealed for calm and patience, saying officials were ‘trying to make it to everyone as best we can.’

Turner’s official Twitter account said ‘911 services at capacity. If u can shelter in place do so, a few inches in your home is not imminent danger. Only call if in imminent danger.’