Crying Comanchero, 36, who groomed young bikies to do drug runs, bash people and commit drive-by shootings is jailed for 13 years

A notorious Comanchero bikie who survived taking nine bullets while getting tattooed has been jailed for at least 13 years.

While he delivered the sentence, County Court judge Paul Higham compared Ale to a ‘predator’ who coerced his friends and family into helping him organise crime, the Herald Sun reports. 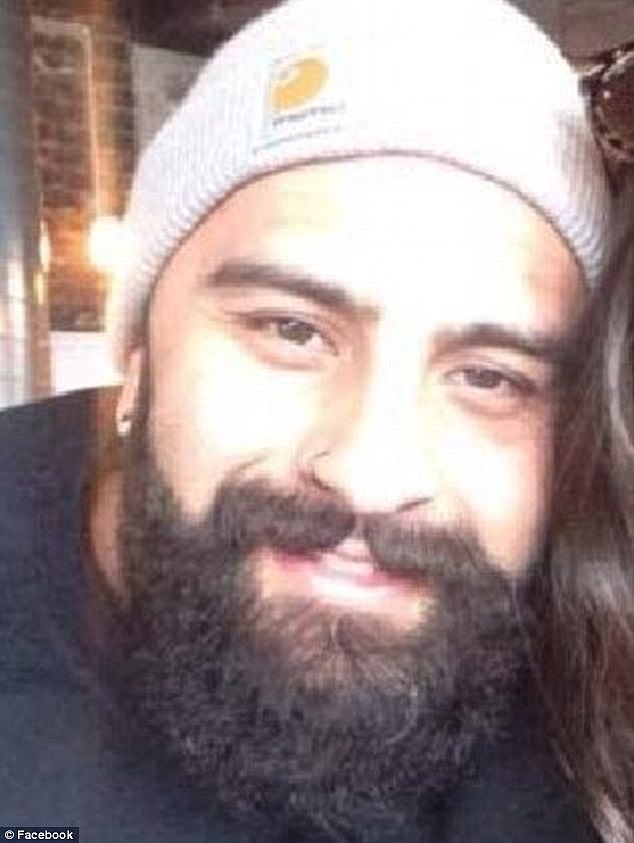 The leader of street gang The Last Kings, Ale (pictured) commanded its members to do the ‘dirty work’ to try and keep the heat off the notorious Comanchero outlaw motorcycle gang

Ale was the head of street gang The Last Kings, a splinter group set up to do ‘the dirty work’ of  the Comanchero so police wouldn’t link it back to the to notorious outlaw motorcycle gang.

The court heard how Ale often commanded his members to commit brutal crimes such as assaults, arson, and burglaries.

In November 2016, he called on member, Mustafa Baydar, 33, to shoot at a Dreen house in a drive-by over a drug debt, texting Baydar moments before saying: ‘Be safe brother, enjoy the adrenaline rush! It doesn’t last long lol.’

In the same month Ale also planned to burn down Kittens nightclub in South Melbourne, ordering one of his men, Omid Said, 30 to set it alight.

But the attack never happened. 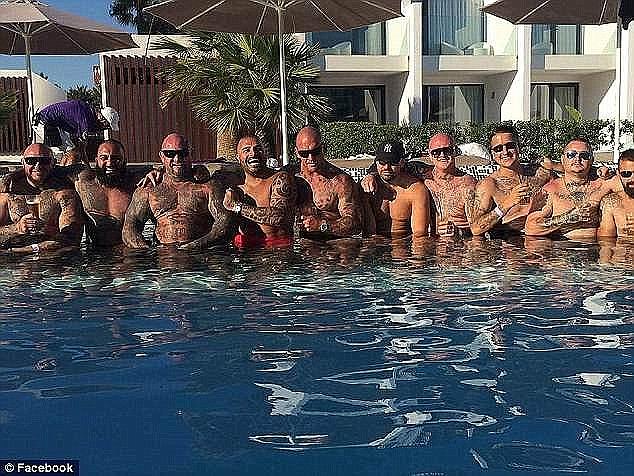 Between October 2016 to March 2017, Ale also ordered friends to traffick $1.2 million worth of meth, cocaine, ecstasy and cannabis in a major cross-border syndicate.

In court on Friday Judge Higham said Ale believed he was ‘above the law.

An earlier court hearing was told that Ale found it ‘truly chilling’ how his associates accepted Ale’s jobs without merely considering the consequences.

‘You were a kind of predator, seeking out vulnerable man,’ he said.

Ale will have to serve 13 years and nine months before he’s eligible for parole.

Ale, the right-hand man of the gang’s national president Mick Murray, was riddled with bullets in February 2018 at the Nitro Ink tattoo parlour in Melbourne’s south-east.

He was dubbed the ‘crybaby’ in 2017 after his lawyer told the the Melbourne Magistrates’ Court, in an attempted bail application, that he had ‘broke down and cried like a baby’. 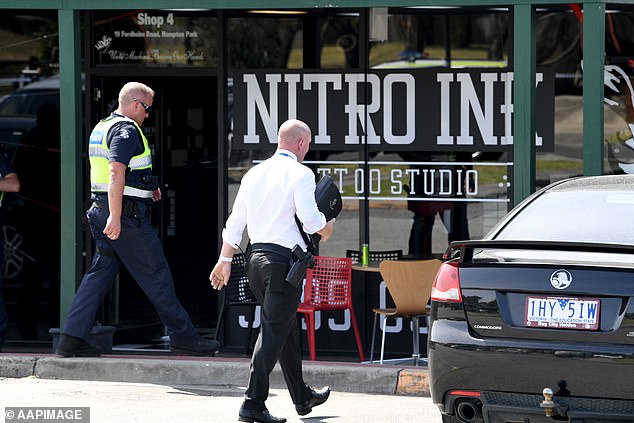 Ale was most famously shot at nine times while he was getting tattooed at the Nitro Ink tattoo parlour, formerly owned by Mick Murray, in February 2018