A company has blasted the New York City public transportation system for rejecting advertisements on the subway that promote women sexuality.

The Unbound Babes – a sexual wellness site that sells items ranging from vibrators to nipple clamps to personal wipes – targeted the Metropolitan Transportation Authority (MTA) last week after it deemed the advertisements ‘too sexual’ for the subway system.

But the company argued previous approved advertisements have featured bare skin for the Museum of Sex, a close-up of a man’s crotch for an erectile dysfunction medication, and a number to call if you’re ‘still a virgin’. It has since started a campaign for equality in advertisements.

Too sexual? The Unbound Babes, a sexual wellness site selling items for women, campaigned against the New York City public transportation after it rejected the company’s ads 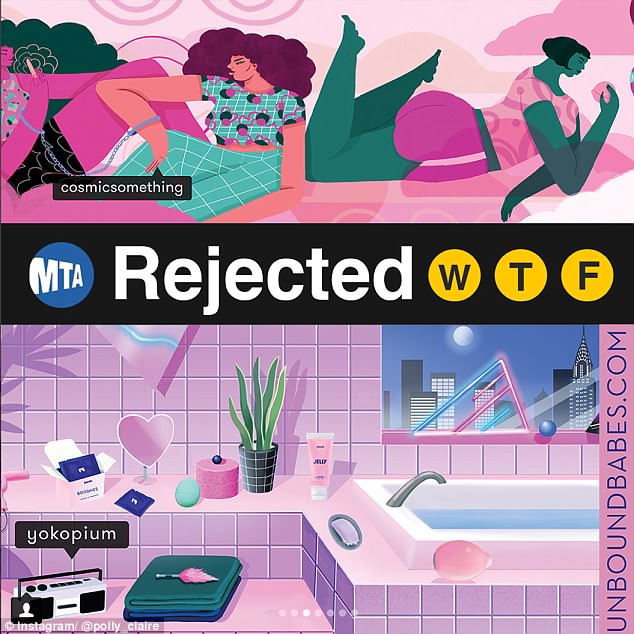 Rejected: The ads, created by five artists, were deemed inappropriate for the subways. The company started a hashtag #WTFMTA for people to campaign against the decision 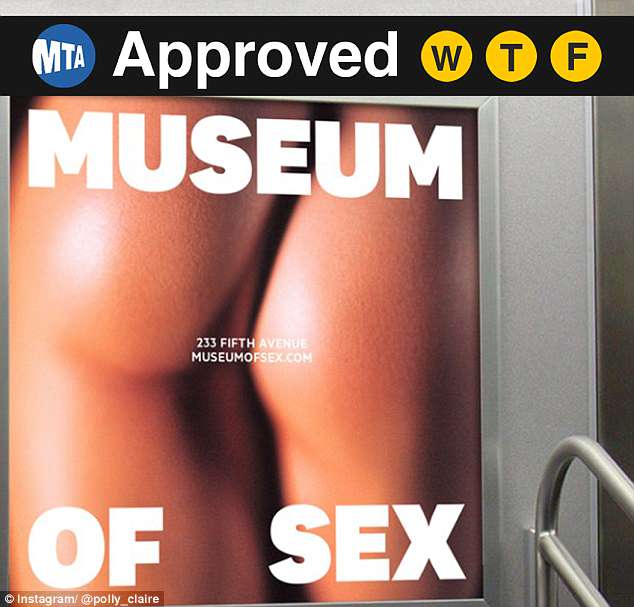 Double standard: The illustrated advertisements were rejected yet the MTA allows the Mueum of Sex to advertise featuring images of bare skin

In the rejected advertisements, there is no nudity or mention of sex in the wording.

Instead, the advertisements are subtle where one would only notice the scatter of sexual products in the illustrations if they looked closely.

Yet these visual were rejected while propaganda imploring people to attend a museum about sex, lose their virginity or buy erectile dysfunction medication were approved.

The MTA said it stands by its allowance of the erectile dysfunction advertisement because it is a ‘medical need’ for men. But Unbound Babes argues their is a double standard to what they choose to approve.

‘It’s difficult for me to understand how they don’t see the hypocrisy,’ Rodriguez said to the Culture Trip.

‘Why is a man’s ability to be aroused and enjoy sex a medical need, but for a woman or non-binary individual, it’s offensive?’ 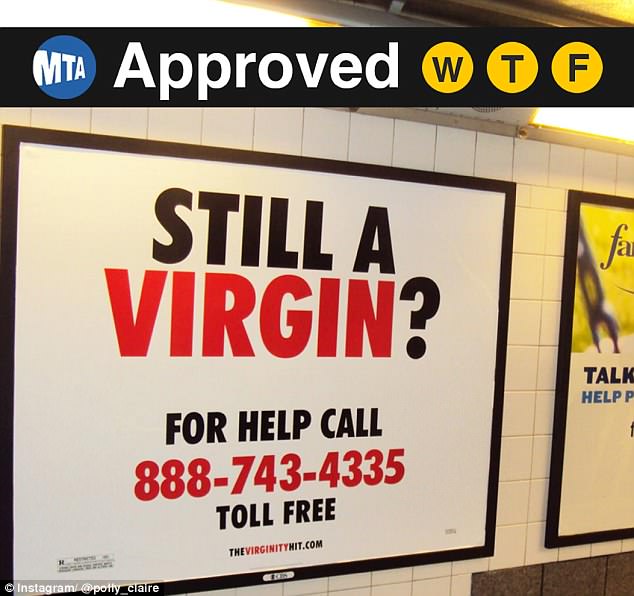 Sexual: In the past, the MTA has also approved an ad for people who are still virgins. Yet it said an illustration of women was too provocative for the subway system 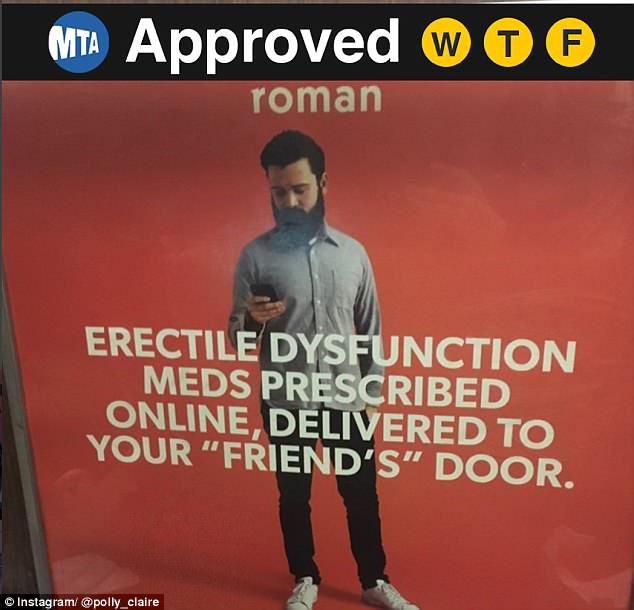 Approved: The MTA also allows advertisements about erectile dysfunction because it is a ‘health condition’ that some men suffer from

Unbound Babes is not the only female-focused company to face difficulties in getting advertisements approved.

In 2015, a menstrual underwear company called THINX was rejected when its advertisements featured the word ‘period’ in them. The MTA deemed the use of the word and the imagery as too provocative for the subway system.

But one could argue that a woman having her period, similar to a man suffering from erectile dysfunction, is an issue related to their overall health.

The ‘controversial’ advertisements featured one with a grapefruit next to phrasing mentioning a period and another one of a woman wearing underwear and a tank top.

According the the Culture Trip, that same year after THINX was rejected there was advertisements plastered in subway stations for breast augmentation. 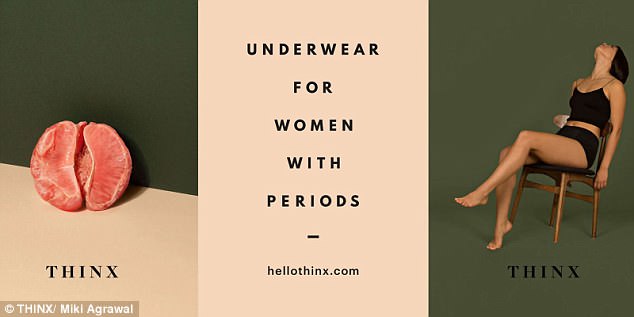 Controversial: In the past, the MTA rejected advertisement from THINX, a underwear menstruation company, because it used the word ‘period’ 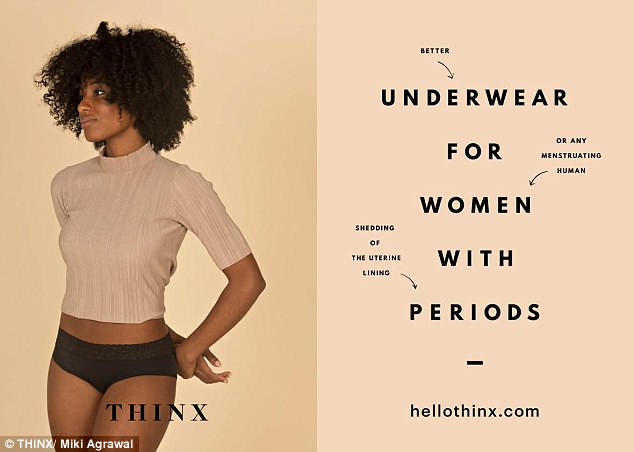 Discrimination? Some people could argue a period is also a ‘medical need’ women have to deal with daily just like men dealing with erectile dysfunction

The MTA has since responded the Unbound Babe’s campaign after many people took to social media to air their issues with the advertisements getting rejected.

‘The MTA has always and will continue to ensure that our policies are applied evenly and fairly,’ Spokesperson Jon Weinstein told The New York Times.

He said the transportation service would work with the women’s company to reach a resolution that is ‘agreeable to all parties and allows their ads on the system.’

But Rodriguez said there is still more work to be done to ensure discrimination through advertisements does not continue.

She said: ‘We’d love to be able to make a lasting impact on the policies that have, and obviously continue to, discriminate against companies that cater to different genders and versions of sexuality.’