A company director left his ex-girlfriend living in fear of him after he began harassing her when they broke up, a court heard.

Wayne Davies had previously paid for Joleyn Ireland to have her hair and nails done for a birthday present.

However on the day of the appointment the 52-year-old turned up outside the salon and demanded that she pay him the money back.

Tameside Magistrates’ Court heard that Davies had felt he had been used for his money, but that he now realises the relationship is over.

Over a five day period Davies, who runs an alloy and titanium supplies firm near Oldham, Greater Manchester, would turn up at the post office and same shops as mother-of-two Miss Ireland.

He also turned up at her workplace, repeatedly drove past her beeping the horn of his car and waving and texted her to say: ‘Your hair looks nice – keep smiling.’

Police were called after Miss Ireland – who is in her 40s claimed she found Davies’ behaviour ‘frightening’ and said she was ‘scared to walk anywhere in case he drives past.’

Davies later told officers he had been trying to get back with her. 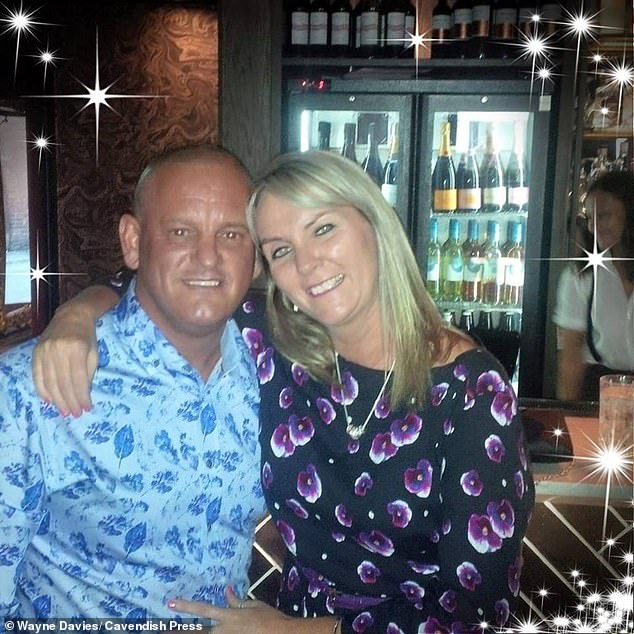 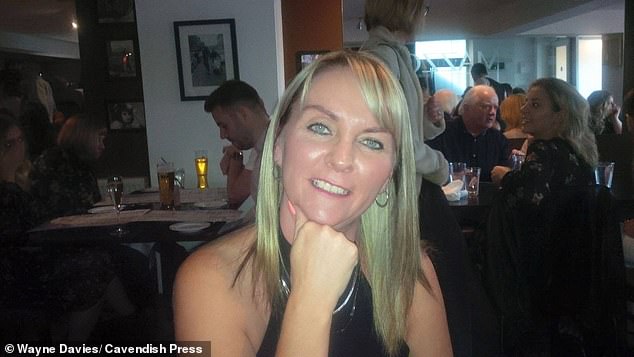 Joleyn Ireland (pictured above) is believed to work at a launderette

At Tameside magistrates court Davies from Royton, who takes home £1,900 a month from his business admitted harassment but claimed he had also paid for Miss Ireland and her mother to have spa day in Wales.

The reason for the couple’s break up is unknown. The court heard the pair began dating in January 2018 but broke up last November 2.

Prosecutor Irene Rogers said: ‘He had not taken it well. He continued to contact her text, call and email, and would turn up at her address and workplace. She told him to leave her alone but he still continued after that, texting her and trying to get back with her. He said he wanted her back and thought he was being nice and supporting her. 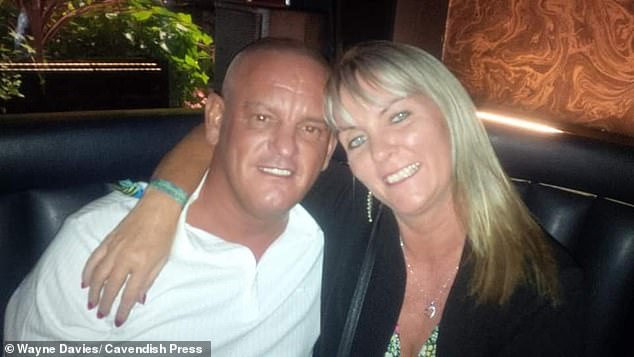 ‘He was paying for things for her like a hair appointment and drinks at the pub. She wanted nothing more to do with him. On 6th she attended a hair appointment that he had previously booked for her birthday but he turned up and wanted his money back for it.

‘The manager of the hairdressers said he had been out there since 8:30 that morning. Miss Ireland went out to give him his money, and he left. But at 11:30am she walked across to the post office and he was there. He texted her after saying her hair was nice, and to keep smiling.

‘She was in the pub that evening and he came in, bought a drink and sat down with her. She told him he had his money and she just wanted to be alone with her friend. But on the 7th she was with her daughter shopping and he drove past, and beeped and waved at her. He waved at her on a few days and would text her after. He was always in places she was. 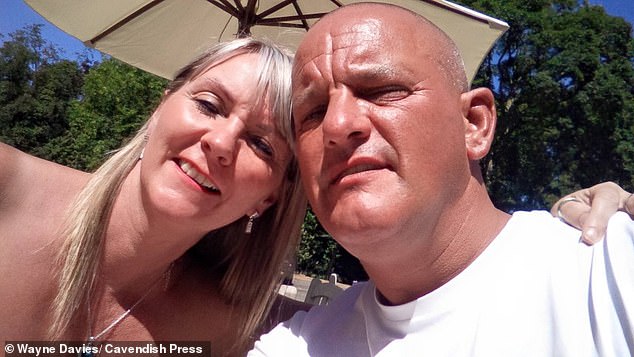 ‘On 9th she finished work and en route home she saw him drive past a couple of times within a few minutes, she thought he was following her.

‘On 14th she saw him again and he beeped his horn. She just wants this over now and doesn’t want to be with him again. It was too much of a coincidence to see him that often so she told the police and he still continued to turn up at the post office and shops when she was there.

‘She ignored his texts about meeting up. She wants a restraining order. He is of previous good character. 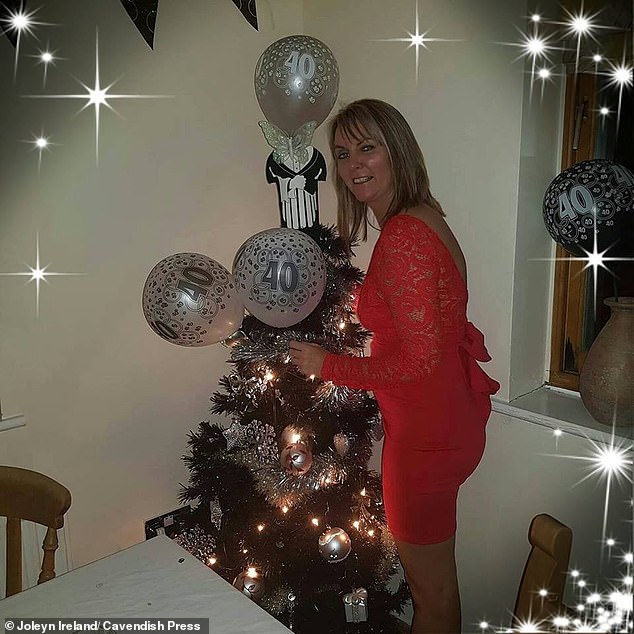 ‘He told the police he just wanted the relationship back again. He said they had broken up before and got back together, I think he realises it is now over. He said it was good in the beginning but things were coming to an end in November.

‘He didn’t do anything threatening but it was just getting out of hand. Miss Ireland found his behaviour frightening. She said he drove past her but he just didn’t listen. She is scared to walk anywhere in case he drives past.’

Davies was conditionally discharged for 18 months and ordered to pay £105 in court costs. He was banned from contacting Miss Ireland, who is believed to work in a laundrette, for 18 months under the terms of a restraining order. 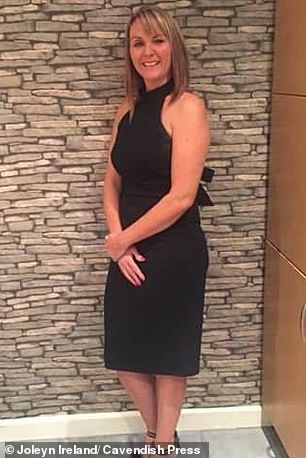 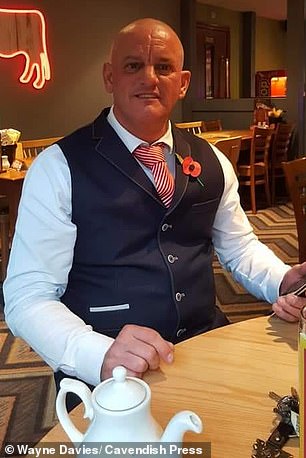 His lawyer Greg Kemp said: ‘He is a man of good character who is still confused as to why he is here. The relationship started in January 2018 and was very enjoyable. On two occasions they broke up but they got back together.

‘He believed they did not finish on 2nd or 3rd November as he paid for her to get her nails done on one day, and took her and her mum on a spa day in Wales on the other – both of which he paid for. He doesn’t know why or when it ended.

‘He felt he may have been used for his money, but he did also want the relationship to continue. He didn’t know where he stood. She did say it was over but he wanted to know why. There were no threats or insults. He may have made her feel uncomfortable but not threatened.

‘He has not been out of his house since he was charged, as his bail conditions said he could not be within 100m of where she was, so he couldn’t go to the shops or pub just in case. He earns £1900 take home a month. He feels very embarrassed to come to court and won’t find himself before the court again.’ 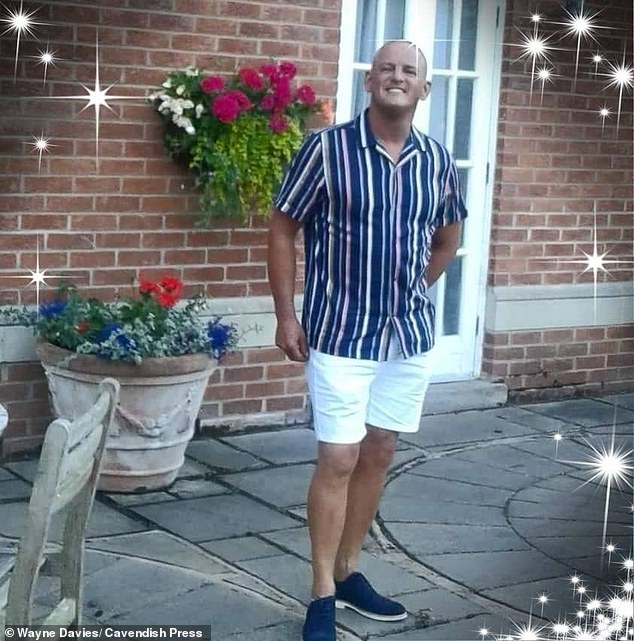 Wayne Davies (pictured above) is a company director near Oldham