A purrfect ending! Cookie the cat is found safe and well after she mysteriously vanished from a Virgin Australia flight leaving her owners devastated

By Tita Smith and Adam Mccleery For Daily Mail Australia

A pet cat has been found safe and sound after going missing from a Virgin Australia flight on Sunday.

Jack and Jessica Thomas, were relocating from Brisbane to Cairns and were flying with their cat Cookie and dog Rambo.

However, when the couple touched down in Cairns they were handed Cookie’s empty cage.

The missing cat sparked a widespread search and on Monday evening Brisbane Airport tweeted a picture of Cookie after airport staff coaxed her out with treats.

‘Look who’s been found safe and sound!’ the tweet read.

‘Cookie the cat is getting a whole lot of love from our Airside Operations team.’

Brisbane Airport’s announced on Twitter that the cat had been found safe and sound on Monday night at 8:39pm after staff used food to coax the cat out of his hiding place (pictured) 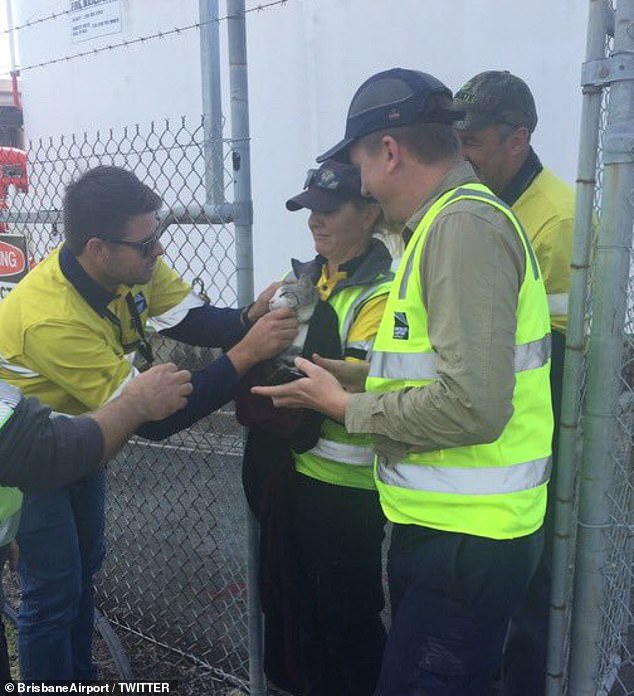 ‘Cookie the cat is getting a whole lot of love from our Airside Operations team,’ Brisbane airport said in a tweet

The cat will now be reunited with Mr and Mrs Thomas and the couple’s pet dog Rambo.

Yesterday the couple spoke to media after discovering Cookie had been lost in transit.

‘I’m definitely frustrated no one seems to be able to give us any answers as to how it happened,’ Mr Thomas told Nine News.

Mrs Thomas added as she burst into tears: ‘We were very nervous and now we realise we had reason to be. I just want my cat back.’ 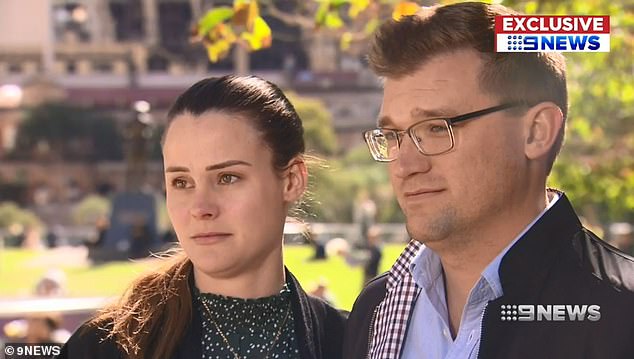 Brisbane couple, Jack and Jessica Thomas, were distraught to discover their precious pet didn’t make the Sunday flight from Brisbane to Cairns after being handed over to Virgin Australia staff

After making numerous frantic calls, they were told Cookie never boarded the flight and had escaped from his carrier somewhere on the tarmac in Brisbane.

JetPets, a pet travel group, organised the booking but said they was not involved in the crating process. 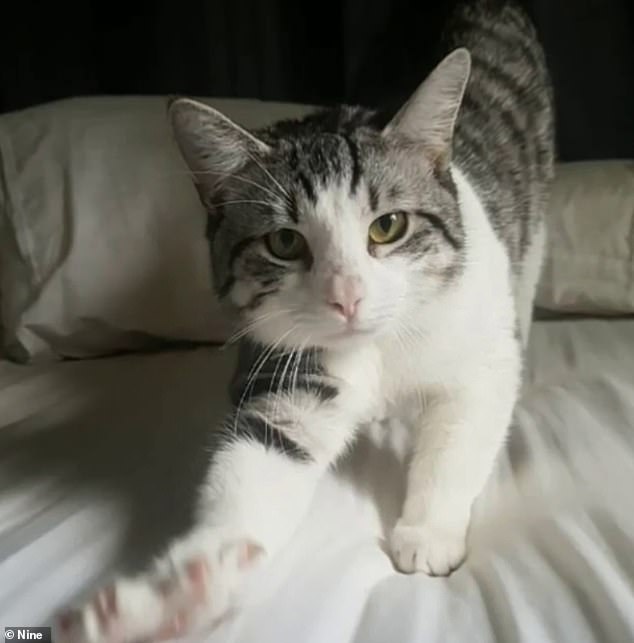 In a statement to Daily Mail Australia, Virgin said the airline is ‘saddened’ by the disappearance of Cookie.

‘This is a distressing situation for his owners and we are providing regular updates to them,’ a spokesman said.

‘We are truly sorry for this incident and we are doing all we can to locate him.

‘We take pride in transporting our guests’ pets and our teams follow stringent guidelines to ensure the highest of safety standards are upheld.

‘We will continue to investigate how this incident occurred and review and update our processes accordingly.’

The couples arrived safely in Cairns. 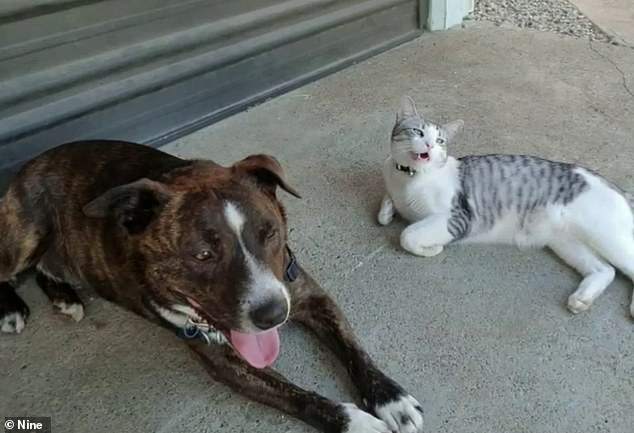 Dog Rambo (left), with Cookie (right), arrived safely on the flight from Brisbane to Cairns that was taking the pets to their new home in Cairns, living with Mr Thomas’s family