The stamp of approval for Coronation Street: Beloved soap opera’s 60th anniversary will be marked by the release of Weatherfield-inspired stamps

To soap fans it has always been the show that delivers. Now Coronation Street is to appear on a set of Royal Mail stamps.

Best-loved double acts, including sharp-tongued rivals Ena Sharples and Elsie Tanner pictured in 1961, will be featured to mark the Street’s 60th anniversary.

Other couples in a set of eight stamps include Jack and Vera Duckworth and Ken and Deirdre Barlow.

Coronation Street’s most-loved characters will be appearing on Royal Mail stamps to commemorate the show’s 60th anniversary. The show’s legendary couples, including Diedrie and Ken Barlow (pictured), will appear on the stamps 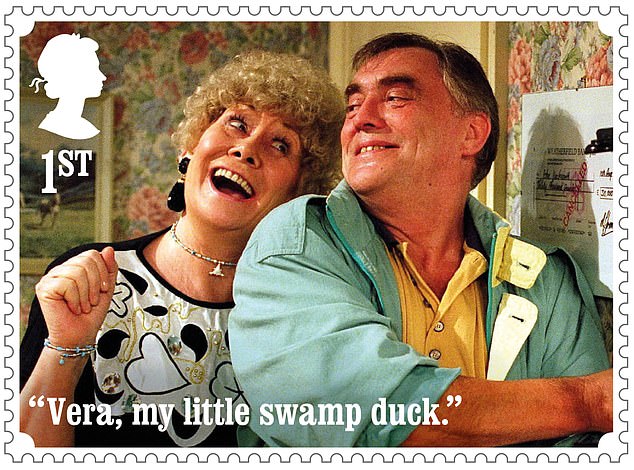 Each stamp has a quote to epitomise the couple’s relationship, including this historic quote from Jack and Vera Duckworth 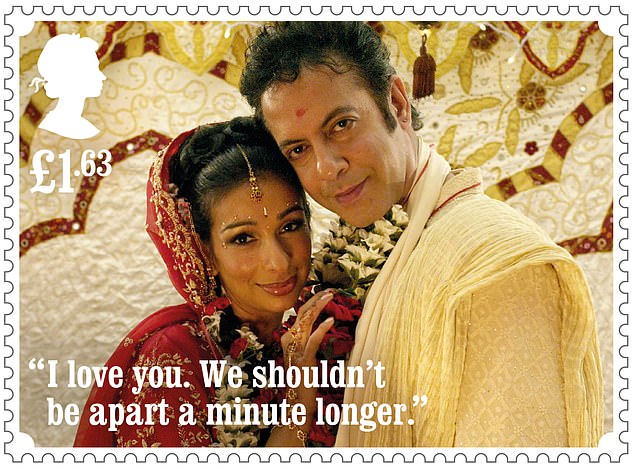 Sunita and Dev Alahan, the latter of which has been on the show regularly for the past 20 years, are a couple whose faces have been put onto stamps

Each has a quote said to capture the essence of the double act’s relationship.

Characters such as barmaid Bet Lynch will be seen on another set of four stamps. The ITV show, first broadcast in December 1960, is the world’s longest-running continuing TV drama.

Series producer Iain Macleod said: ‘In our historic 60th year, it is an honour to have the show immortalised in this fashion. 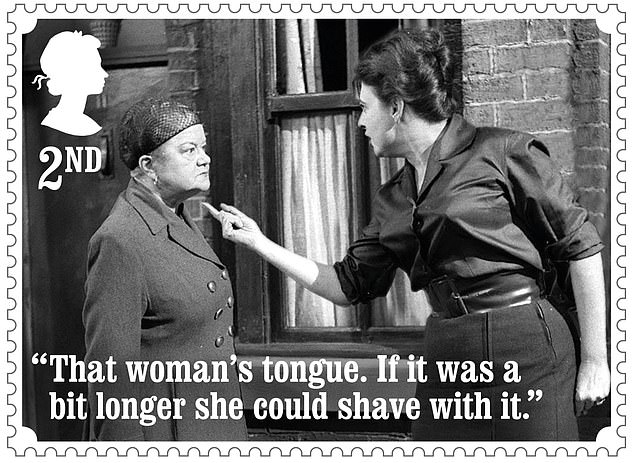 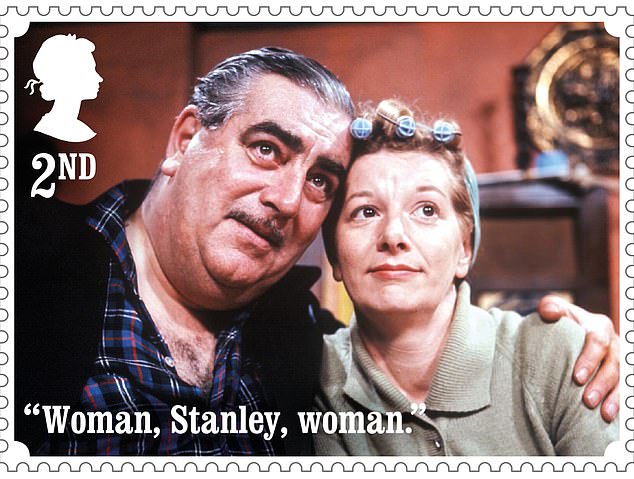 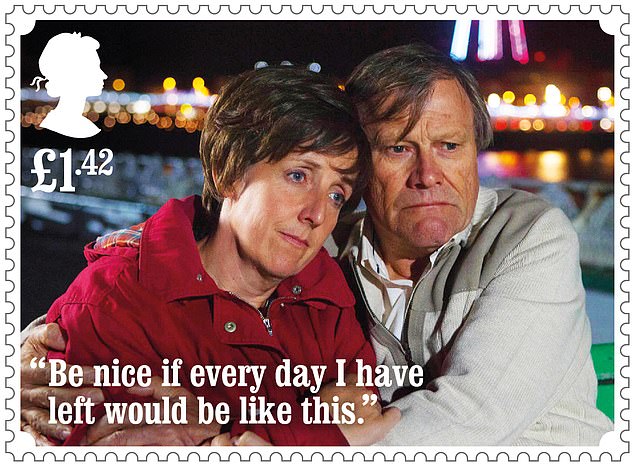 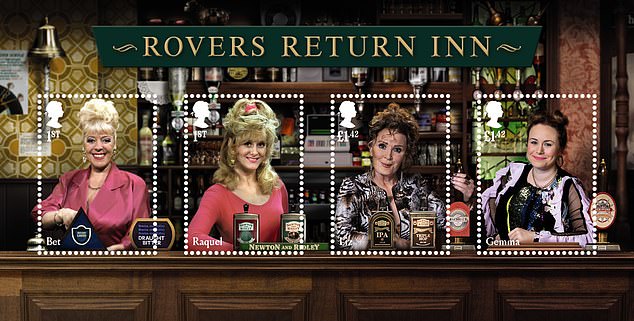 Individual characters including Bet Lynch (left), Raquel Watts (second left) and Gemma Winter (right) will also be given their own stamps

‘Coronation Street has had many iconic double acts down the years. Indeed, it’s a defining feature of the show.

‘I hope fans will agree that the ones we’ve chosen, after much heated debate, are among the best of the bunch.’