He’s stunned fans with his impressive weight loss during lockdown.

And Coronation Street star Colson Smith was proudly showing off his slimmed-down frame as he headed back to set for another day of filming on Friday.

The actor, 21, who plays Craig Tinker on the soap, shared a snap of his toned new shape as he resumed filming under new social distancing measures.

Dropping the pounds: Coronation Street star Colson Smith, 21, was proudly showing off his slimmed-down frame as he headed back to set for another day of filming on Friday

Colson cut a casual figure as he shared the mirror snap following another day of filming, celebrating being back at work after filming was first suspended back in March.

He penned the caption: ‘So glad to be back at work! Happy Camper. Enjoy ya weekend.’

Coronation Street resumed filming last week after production was halted for nearly three months due to the coronavirus pandemic. 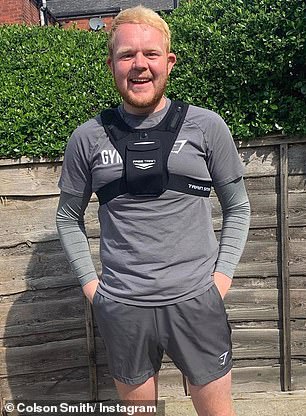 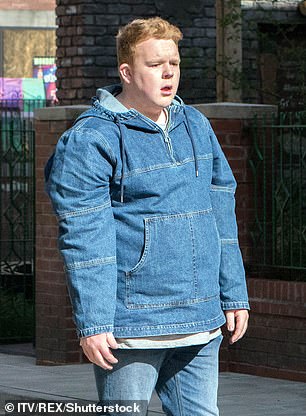 ‘I’ll need to wear a fat suit!’ Colson stunned fans last month when he unveiled his slimmer figure on Instagram (pictured left and in 2018, right)

As the actors return to filming, the plan is to make enough shows to continue airing three episodes a week to ensure the soap remains on-screen in July.

ITV bosses previously confirmed that older cast members will be kept at home during the first few weeks of filming.

The new safety measures are in accordance with the recently issued TV production guidelines which will be observed whilst filming the top ITV soap.

It comes after Colson gave fans a glimpse of his workout regime on Instagram earlier this month. 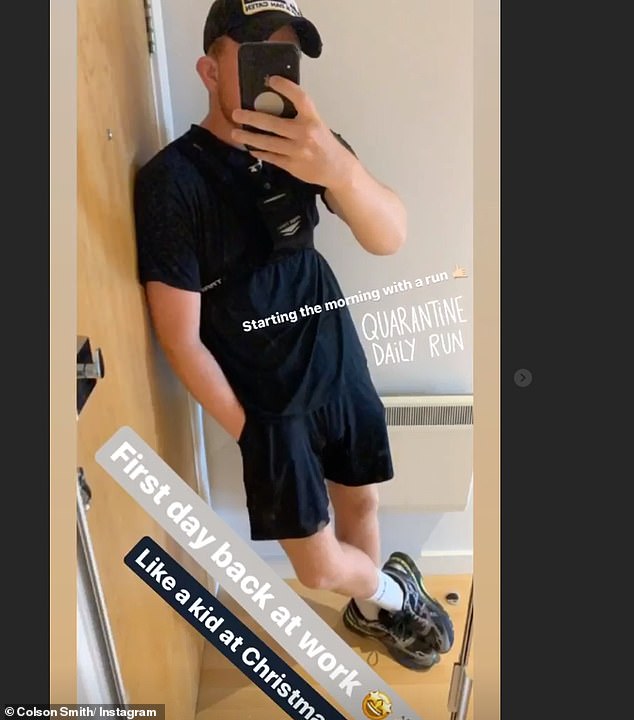 Back to work: Last week Colson confirmed he had returned to filming on Coronation Street for the first time since production resumed following the lockdown

Meanwhile, Colson recently spoke about how his staggering weight loss will likely cause continuity issues on Coronation Street during filming.

The soap star joked he will have to wear a fat suit after claiming to have lost 10 stone during lockdown.

Colson told The Sun: ‘We are in direct continuity, but I’ve almost lost about ten stone since we left work so I’m not sure that [my hair] is going to be the biggest of their issues.

‘I might be wearing a wig and a fat suit when we go back. Now we go to a purple shampoo, which almost makes it a platinum sort of colour, which basically takes the ginger pigment out.

‘So the yellow-ness will go, and I will have a head of blonde hair, which I technically do now.’

Colson previously revealed he lost one and a half stone in December after he got food poisoning while holidaying in Thailand. 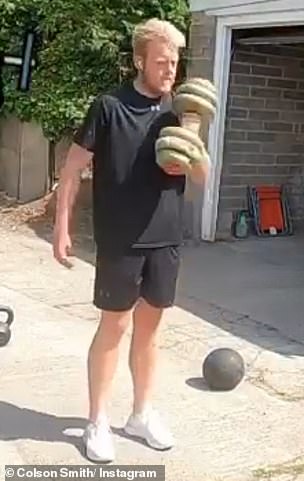 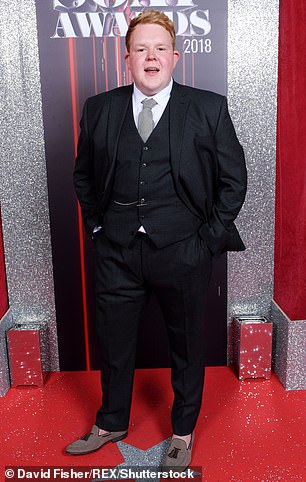 Look at him go! The soap star recently joked he will have to wear a fat suit after claiming to have lost 10 stone during lockdown (pictured in 2018, right)

Speaking on his podcast Sofa Cinema Club – which he hosts with co-stars Jack P Shepherd and Ben Price, Colson said: ‘I was in Ko Lanta.

‘I was sat on the beach and the waiter came over and was like, “What would you like?” And I said, “I’ll have the prawns to start please.”

‘I had avoided seafood [on Ben’s advice] but I was sat on the beach and I was like, “How can you not have seafood on the beach?”

‘Well, anyway. I’m not doing that again. I’ve lost about a stone and a half.’

Colson said he was only able to eat a banana and three slices of toast in the week after eating the dodgy prawns.

Since then, the star has embarked on a fitness regime and has littered his Instagram with pictures of him in sports gear, and has of course adopted a much healthier eating plan than just eating toast. 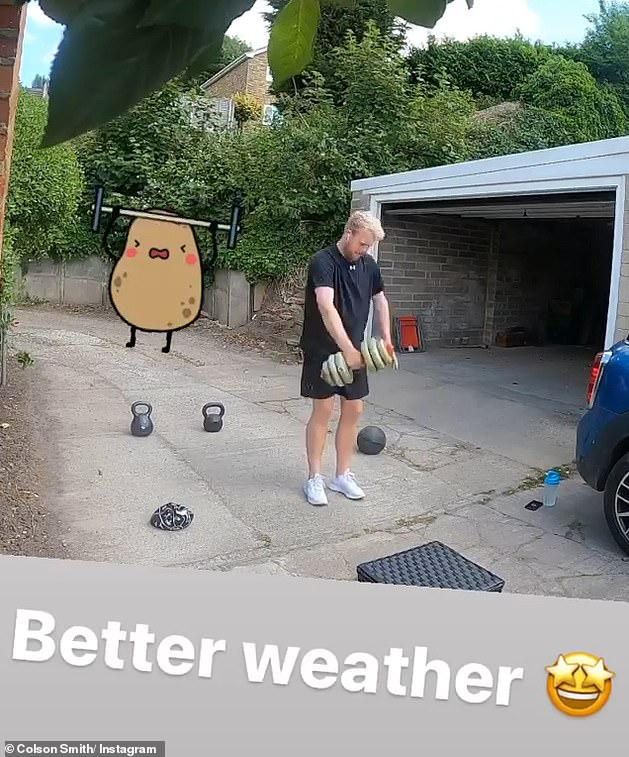 Pumping iron: It comes after Colson gave fans a glimpse of his workout regime on Instagram earlier this month