Coronavirus fragments found in sewage in Sydney, Melbourne and Brisbane

Millions of Australians are on alert after coronavirus fragments have been found in sewage across three states despite no new infections.

Sewages in Sydney, Melbourne and Brisbane have detected fragments of coronavirus.

No new local cases of community transmission were recorded around Australia on Saturday.

Twenty-four suburbs in Sydney are on alert after NSW Health tweeted asking people to be vigilant of their symptoms.

‘People who are recently recovered from COVID-19 can sometimes continue to shed virus fragments into the sewerage system for several weeks even after they are no longer infectious,’ they wrote.

Those who show any symptoms are urged to come forward to get tested.

New South Wales has gone more than a month without a single local case of Covid-19. 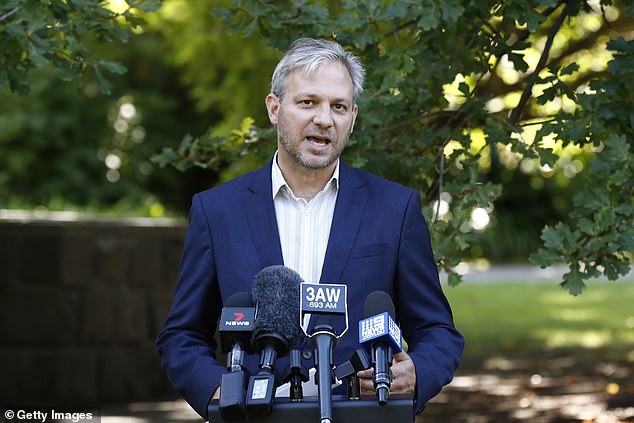 For a second day in a row, coronavirus fragments have been found in Victoria.

‘When we get detection in sewage it might mean that it is a recovered case but it can also mean that we missed someone because they are positive because they haven’t been tested yet,’ Victoria’s Chief Health Officer Professor Brett Sutton said on Saturday.

The detection comes just days after Victoria was released from its strict five-day snap lockdown to control a breakout.

Health Minister Martin Foley told reporters on Saturday that another day of no cases gave health authorities confidence. They will next Friday consider the further easing of restrictions.

And while the Holiday Inn Melbourne Airport cluster was ‘far from being over,’ the numbers indicated it was ‘increasingly under control’.

‘We are still approaching that outbreak with the utmost vigilance and caution, and we are still prepared for the possibility of more locally-acquired cases,’ Mr Foley said.

‘The numbers are positive and are reinforcing that we are getting on top of this, but it’s not over until

Queensland Health has advised that wastewater testing has returned a positive result for viral fragments of COVID-19 in the Kawana sewage catchment.

The state’s health officer Dr Jeanette Young urged people to come forward no matter their symptoms to catch the disease right away.

‘It is very important people with symptoms come forward right away and get tested now more than ever. With the new cases we are seeing in other states and the amount of interstate travel that we’ve seen over the past while,’ she said.

‘It is critical we detect any cases that we may not be aware of as quickly as possible through our testing system to contain any potential spread.

‘We are concerned by the new variants that are emerging overseas that are more contagious than previous variants we have seen in Queensland.

‘It’s also possible that this detection relates to previous COVID-19 cases that can shed viral fragments for a couple of months after they are no longer infectious,’