The characters were seen walking together when they were caught in the crossfire of armed police swooping in on a far right extremism gang.

Maria and Alya were being watched from a car by gang leader Griff (Michael Condron) when police descended on the scene pointing guns at the vehicle.

Councillor Maria has recently been supporting local refugees which has caught the attention of the gang.

Police forced the gang members from the red vehicle parked on the street with their hands raised in the air before slowly.

Griff looked less that impressed while holding his hands up and slowly kneeling to the ground at gun point in a black padded jacket and jeans. 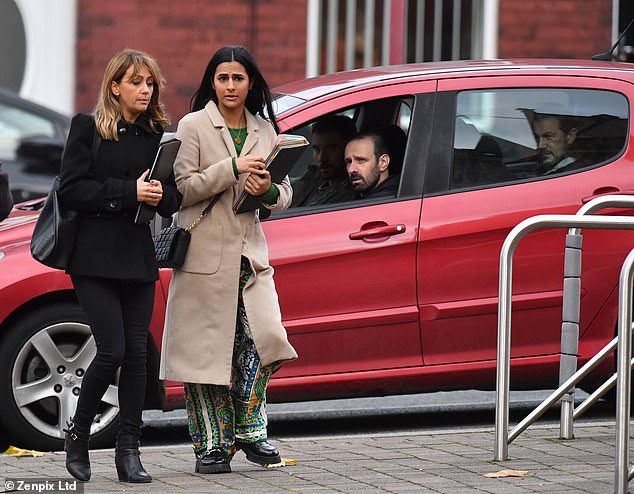 Drama: The pair were seen walking together after a campaign as they were caught in the crossfire of armed police swooping in on a far right extremism gang 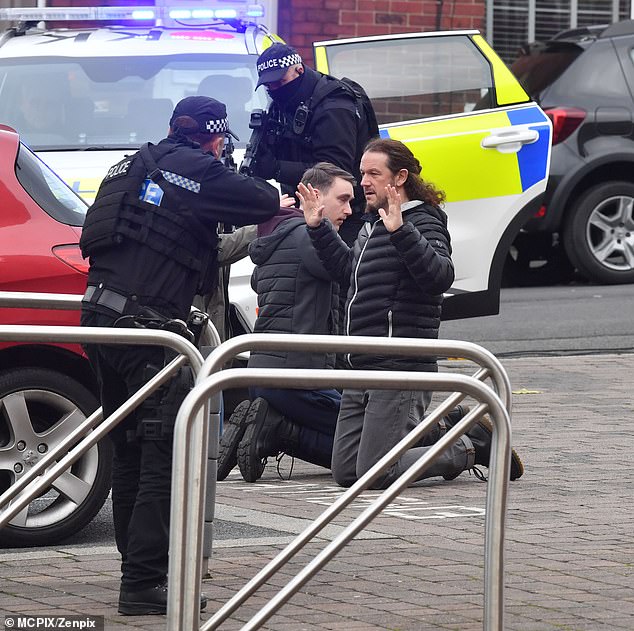 Shocking: Maria and Alya were being monitored from a car when police descended on the scene pointing guns at the vehicle before two men climbed out with their hands up

Maria cut a smart figure in a pair of black skinny jeans and chic jacket as she elevated her frame in leather boots.

While rehearsing scenes and between takes, the pair wrapped up warm in long red padded jackets to keep warm and were pictured giggling with one another.

It comes as Max Turner, played by Paddy Bever, 19, has been involved in the harrowing new grooming storyline with the gang of extremists. 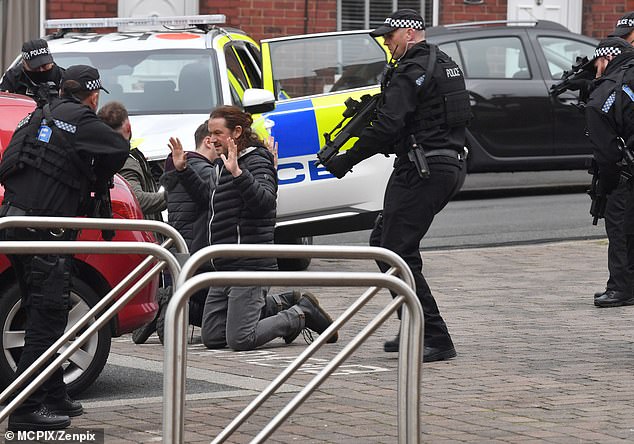 Dangerous: Maria has been supporting local refugees which has caught the attention of the gang

Max was targeted by the group of older men who will ultimately put his own life and that of his friends and family in danger in the major storyline.

Last month, Griff turned his attention to troubled Max who had been the victim of persistent school bullies since losing his place at Weatherfield High.

Griff stepped in and threatened to teach the bullies a lesson and in doing so won Max’s trust.

He invited Max to a Halloween party at his house, telling the rest of the gang that he could be useful to their cause.

In the coming months, as Max becomes more estranged from his family, the teenager falls under the spell of Griff who uses Max’s video and computer skills to spread their racist propaganda. 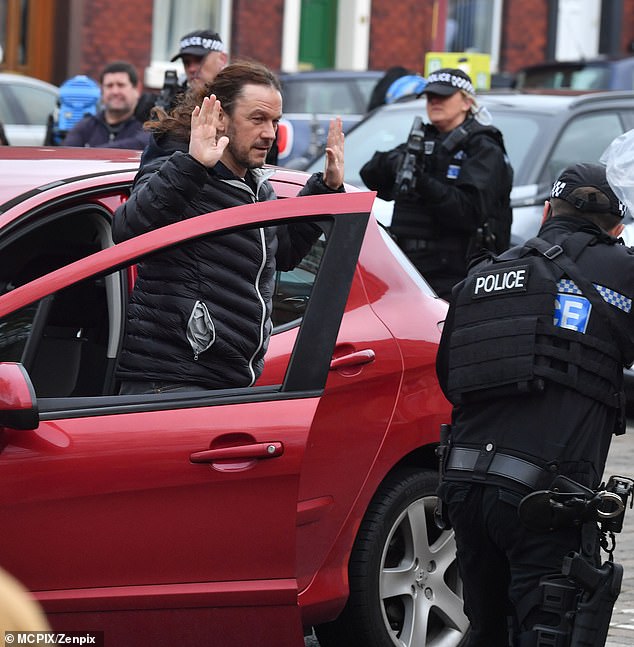 Intense: As police forced the gang members from the vehicle Griff looked less that impressed while holding his hands in the air and slowly kneeling to the ground at gun point

Coronation Street Producer Iain MacLeod said: ‘Overall, Max’s story is one about the grooming of a vulnerable teenager at a point where he’s feeling most alienated and disenfranchised.

‘The story will encompass the ‘traditional’ recruitment techniques of extremists groups, and we’ll see Max befriended in person by older, mentor-like figures that will give him a sense of loyalty and brotherhood.

‘Then, later in the story, we will explore a very 21st Century problem: teenagers self-radicalising through watching extreme content online.

‘In the end, we wanted this to be a story about communication within families – what are the right and wrong ways to talk to younger family members who are gravitating towards extreme views? 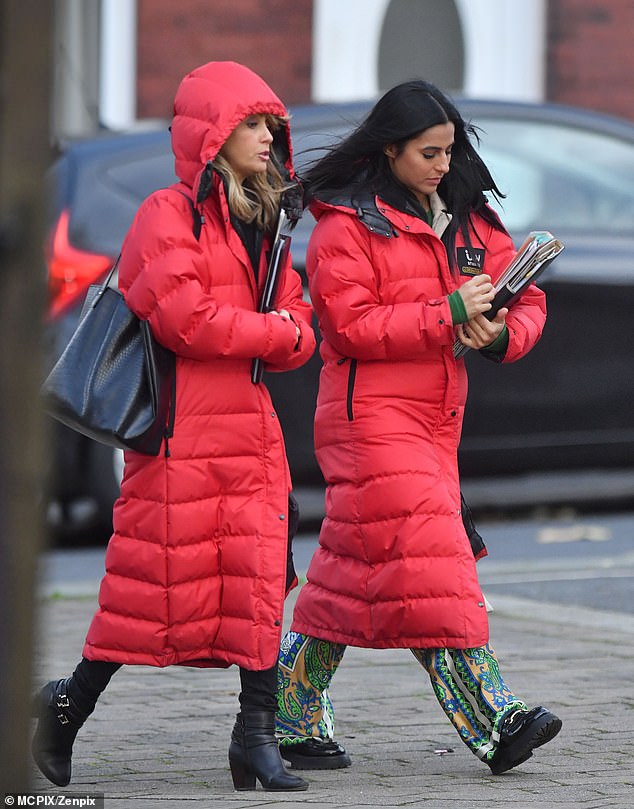 Keeping warm: While rehearsing scenes and between takes, the pair wrapped up warm in long red padded jackets to keep warm 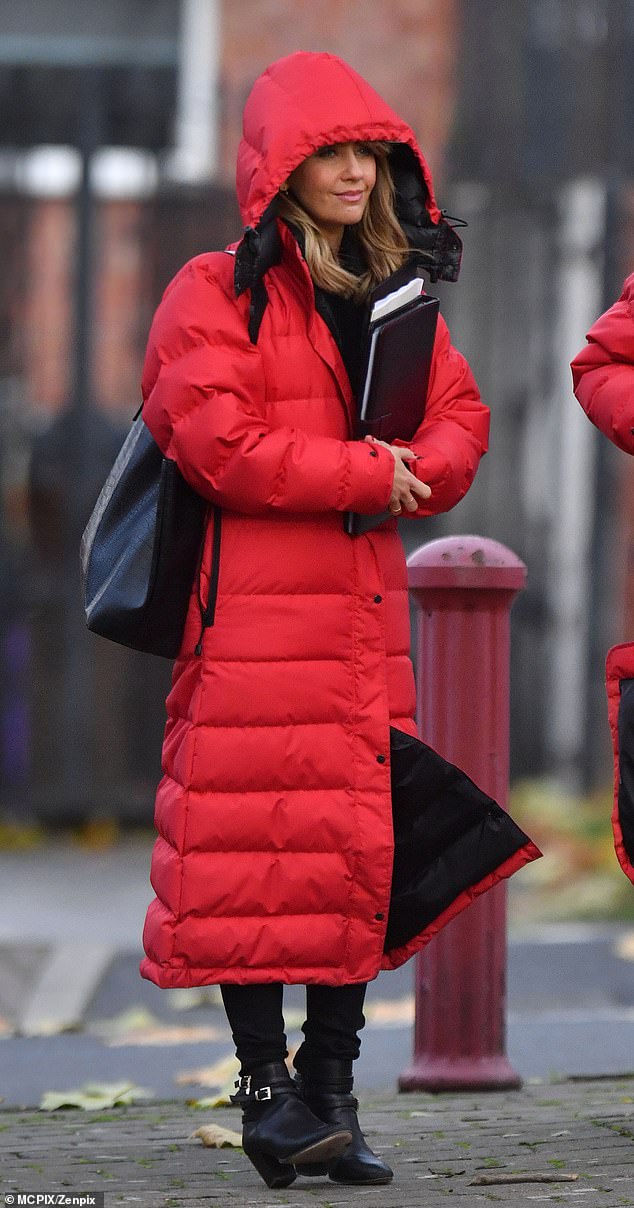 Rehearsal: Councillor Maria cut a smart figure under the bright jacket in a pair of black skinny jeans and elevated her frame in leather boots

‘For the conclusion of the story, David’s misjudged attempts to deal with Max will drive the narrative to a shocking and thought-provoking climax.’

Counter Terrorism Policing’s Senior National Coordinator, Tim Jacques, said: ‘Coronation Street has a long history of raising awareness of challenging issues that sit at the heart of communities across the UK. Sadly, the terrorist threat remains one of those very real concerns.

‘Our casework shows that children and young people are vulnerable to radicalisation and are increasingly being drawn into toxic ideologies through online spaces and platforms.

‘We hope Max’s story will help to highlight why it’s so important to get support or advice if you’re worried someone you love is taking a dangerous path. It really doesn’t have to be that way.’

If you are concerned that someone you know might be being radicalised, you are not alone. There is advice and support available via www.actearly.uk. 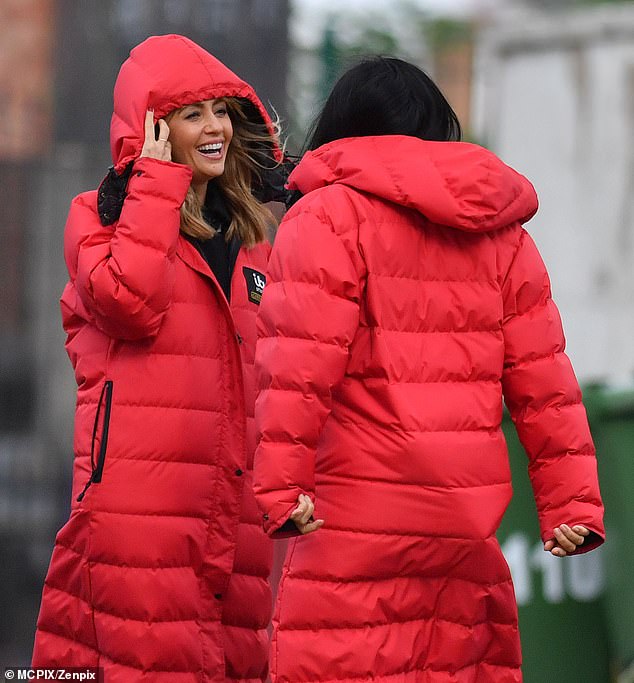 On set: Samia and Sair were all smiles as they chatted between takes