Katie Price is investigated by council officials after ‘failing to get planning permission for a gym, beauty studio and horse arena renovations to her £2million Sussex mansion’

Katie Price is being investigated by the council after starting work on a beauty studio, gym and horse paddock at her £2million mansion ‘without planning permission’.

Katie’s Sussex mansion has been turned into a building site in recent weeks as the £250,000 renovations got underway – despite the star declaring bankruptcy last year.

Katie Price (pictured on Loose Women on July 25), is being investigated by the council after starting work on a beauty studio, gym and horse paddock at her £2million mansion 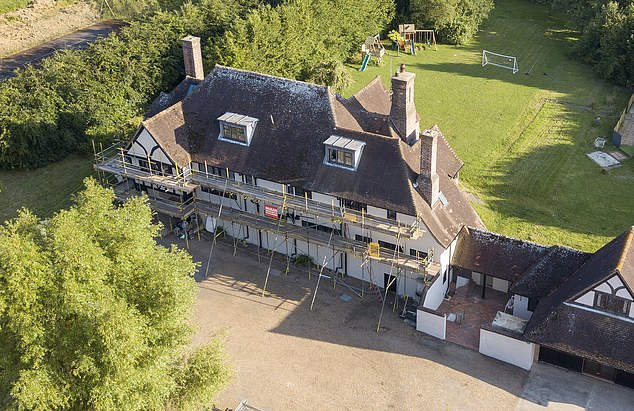 A source from Horsham Council claimed the star could be ‘in trouble’ if she failed to file paperwork for her renovations, which include building a gym and beauty studio

But the mother-of-five, 41, faces an eye-watering £20,000 fine, after failing to get planning permission.

A source from the council told The Sun earlier this month: ‘There are no planning applications for that property right now. If she hasn’t put in an application before she starts building, she’ll be in trouble.’

Pictures show mounds of soil piled on the driveway and scaffolding surrounding the exterior walls while a large part of her garden has already been dug up as part of the project.

Documents reveal Katie undertook various engineering works to change the height of the land as well as the creation of another entrance at the southern end of her property. 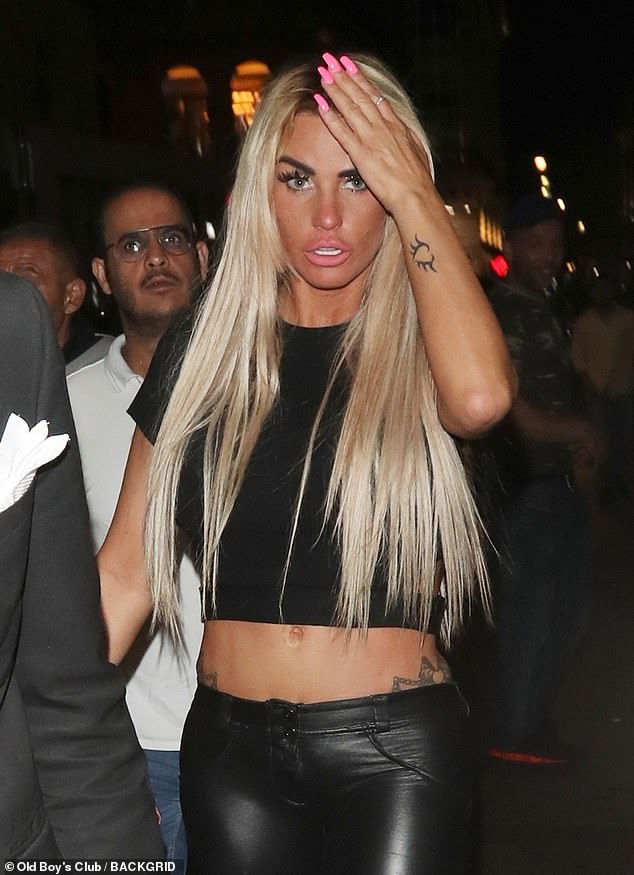 Katie bought the sprawling £2million West Sussex house in 2014, and it boasts some 12.25 acres of land, a swimming pool, tennis courts, stables and paddocks

The 41-year-old narrowly avoided bankruptcy at a High Court hearing in December 2018, when she faced a debt of £2.1million after her company Jordan Trading was liquidated.

She was once said to be worth £40 million from a career as a model, author, and businesswoman.

But she was allowed to enter into the Individual Voluntary Arrangement, a deal to pay back some of her debts.

She has been ordered to pay her creditors within four years or her nine-bedroom mansion will be forcibly put up for auction to cover the debts.

Katie bought the sprawling £2million West Sussex house in 2014, and it boasts some 12.25 acres of land, a swimming pool, tennis courts, stables and paddocks.

But she was met with a backlash when the property was featured on Keith Lemon’s Through the Keyhole which showed viewers the dilapidated grounds and messy interior.