Couple ‘bludgeoned boy, 17, to death then hid his body in loft for eight months, court heard

A couple killed a 17-year-old boy and hid his body in their attic, a court has heard.

They bundled his body in a duvet cover and hid it in their loft for the next eight months, before allowing a visitor to see his insect-infested body, the Old Bailey in London heard.

Detectives were then tipped off by a friend of the couple after they allowed the visitor to see the body.

The bloodstained murder weapons were also stashed there in a bid to get away with it, jurors were told.

Prosecutor Gareth Patterson QC said Docherty revealed the financial motive was for the murder that she wanted to ‘give her children a good Christmas’.

Opening the case, he said the defendants, who have three children, often took drugs at their flat at the time of Mr Ali’s death.

He said: ‘Having killed him, they then wrapped up his body inside a duvet cover.

‘They hid it in their attic along with the murder weapons – a claw hammer and a knife.

‘They did this to try to get away with what they had done.’

The lawyer said Mr Ali’s family had reported him missing and police had tried in vain to find him. 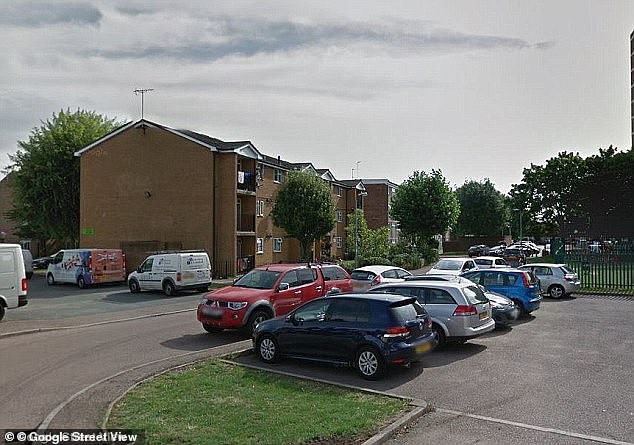 He said: ‘Meanwhile, as the months passed by, these defendants kept that body of Abdi Ali hidden away up in that attic.

‘It began to decompose through the spring and summer.

‘About eight months went by before it was finally discovered, by that stage having suffered serious decomposition and become infested with insects and the like.

‘It was not until the end of August last summer that the family’s worst fears were finally confirmed when the police had to deliver to them the terrible news about the discovery of the body.’

Mr Patterson explained how Hopkins and Docherty told visitors to the flat about the body in the attic in August last year. 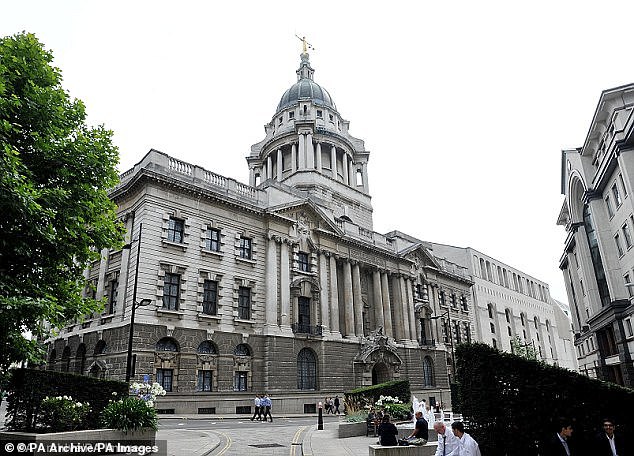 The coupe bundled his body in a duvet cover and hid it in their loft for the next eight months, before allowing a visitor to see the grisly secret in the attic, the Old Bailey in London (pictured) heard.

Docherty’s friends, Stacie Collard, Liana Keenan and her boyfriend turned up there to find the pair indoors with another drug dealer.

When the man refused to hand Hopkins any more drugs, the three visitors accompanied him to get some cash out, court heard.

Hopkins became anxious when his dealer refused to give him more drugs, the court heard.

On the way to a cash machine, Hopkins talked about wanting to rob the dealer and kill him as he had done with Mr Ali, the jury was told.

In the car, Hopkins told Ms Collard he was ‘angry’ and wanted to rob and kill the dealer, adding that he had done this before, it is claimed.

When they got back, Hopkins allegedly told Docherty ‘I’ve told them about the attic’ and she burst into tears.

She went into the bathroom and confided in one of the visitors that she knew about what happened before Christmas, Mr Patterson said.

When police searched the attic, they found Mr Ali’s body wrapped in a black and red duvet cover with plastic bags over his head.

The defendants are jointly charged with murder, perverting the course of justice and preventing the lawful burial of a dead body.

Docherty has denied all the charges while Hopkins has denied murder but admitted the two other charges.