Couple takes their cat on tour of all US National Parks

A black and white cat is becoming the envy of Instagram travelers after joining his family on a journey to visit each of America’s National Parks.

Vladimir the cat, along with his owners Cees Cornelis and Madison Elizabeth, first set out on their 10-month journey back in 2016 in honor of the 100-year anniversary of the National Park Service.

Along the way, the family have been diligent in documenting their feline friend’s adventures – and gained thousands of followers along the way.

On the road: Cees Cornelis and Madison Elizabeth have traveled to every one of the American National Parks, accompanied by their cat Vladimir 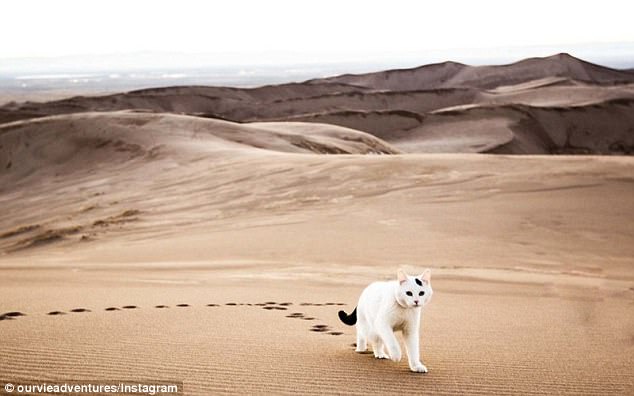 All around the world: The cat, pictured in the Great Sand Dunes National Park in Colorado, has become the star of the couple’s Instagram 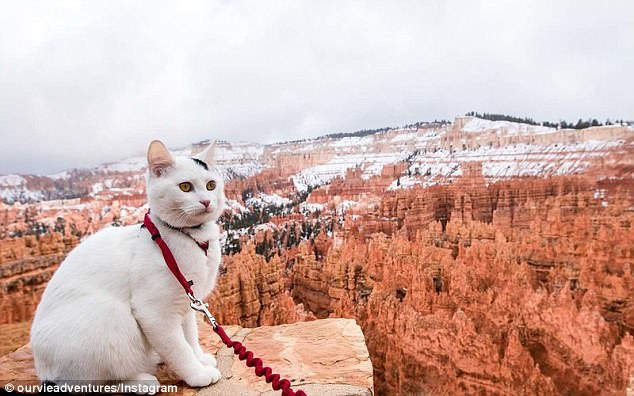 But the intrepid kitty hasn’t been the only diminutive companion on the trip, as Cees and Madison welcomed a son, Theodore, earlier this year during National Park week.

According to the family’s website, Our Vie, the couple describes Vladimir ‘a special soul.’

‘He has redefined what it means to be an adventure cat. He loves to be outside with his humans; he has been everywhere with them from glaciers to sand dunes,’ they add. 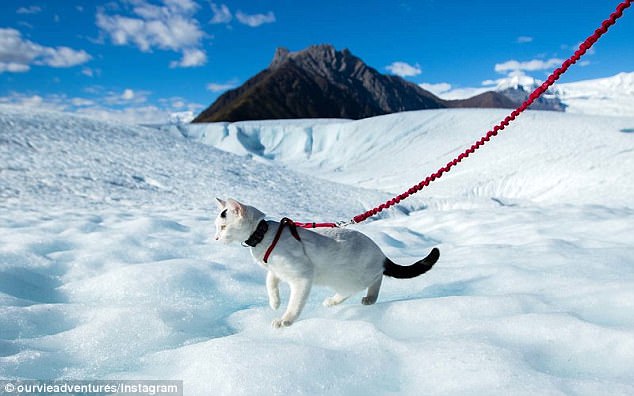 An icey trek: Vladimir has even taken his paws to Alaska’s Root Glacier trail 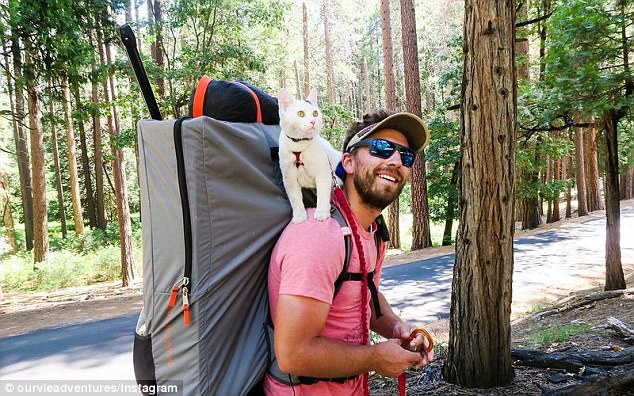 Cees and Madison embarked on the journey back in 2016, in honor of the 100-year anniversary of the National Park Service 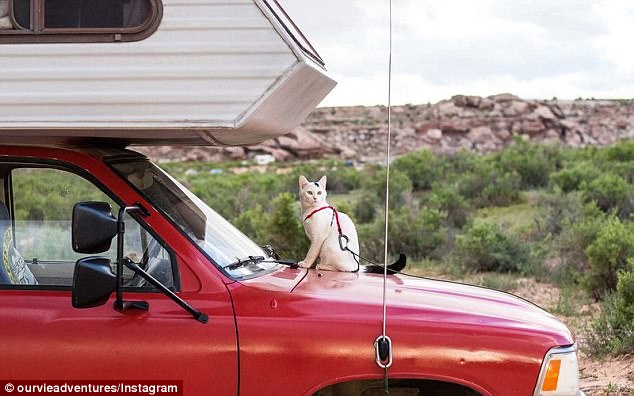 On the road again: The family crisscrossed the country in their trusty red RV 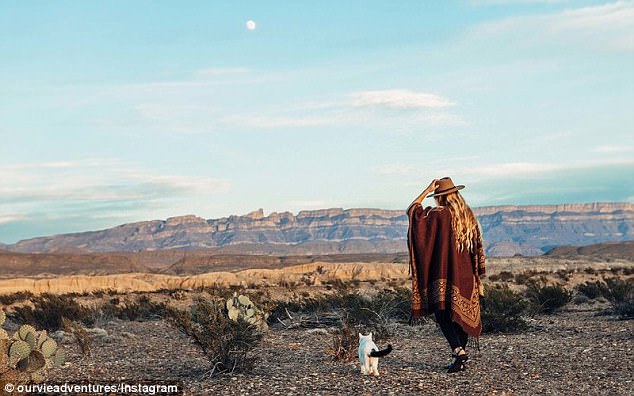 Looking out: On their website, the couple describe their feline friend as ‘a special soul’ 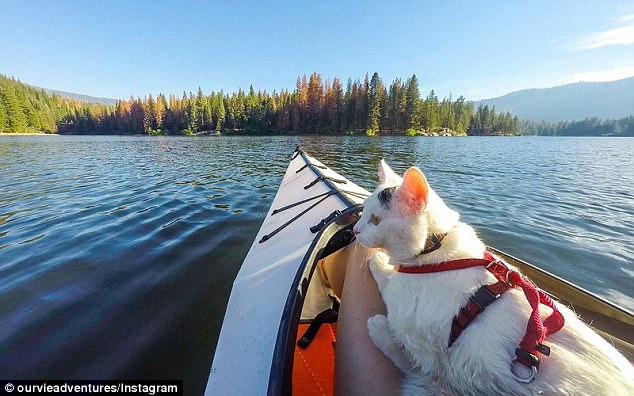 Rowing along: The kitty, pictured on a kayak in Sequoia & Kings Canyon National Parks, can also be ‘kind of a stinker when things don’t go his way’

‘He enjoys hiking, biking, kayaking, and has even rappelled off some pretty high rocks! But, like all cats, he has a certain way that he wants things to be done. He can be kind of a stinker when things don’t go his way.’

Vladimir is a constant focus in the family’s Instragram posts, where he is seen trotting over glaciers, looking over the edge of kayaks into picturesque lakes and surveying the parks from lofty mountain peaks.

He appears to be the epitome of the curious cat and doesn’t have any qualms about mounting his owners’ shoulders to get closer to the action.

At the moment, the images have helped the family gain more than 52,000 followers on the social media site. 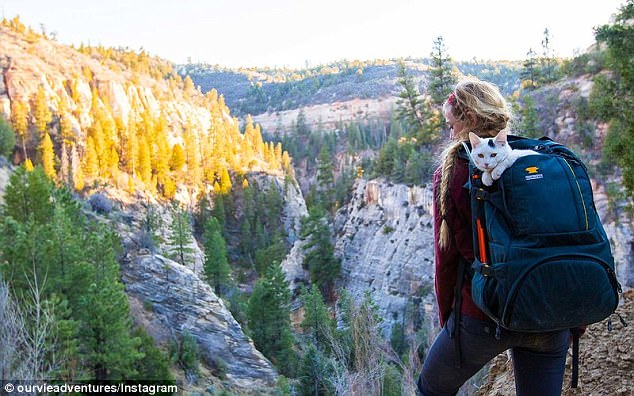 Up and over: Vladimir appears to be as curious as you’d expect, and is happy to be toted along by his owners 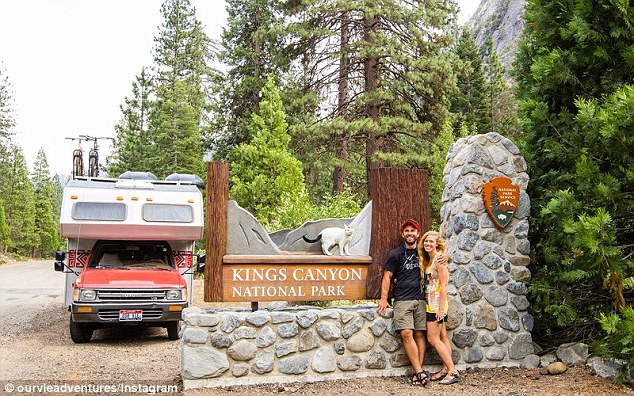 One after another: The family has hit every one of the 59 national parks over their trip 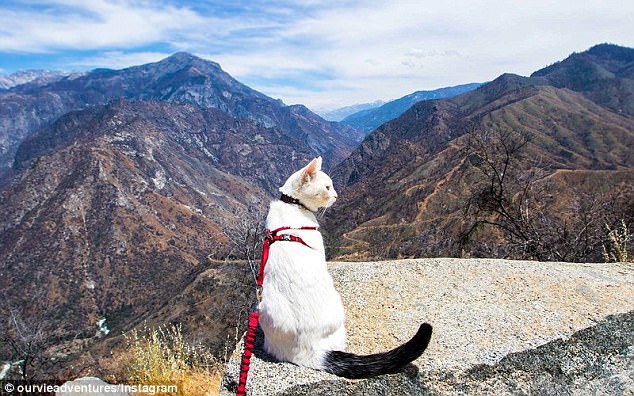 Quite a view: They initially intended to return to ‘normal life’ after the trip, but have ultimately remained on the road 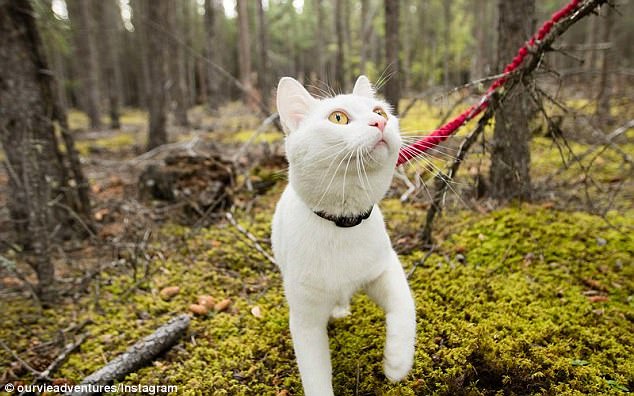 The goal was to visit all 59 parks in ‘one massive loop,’ and while they completed that task – including a few island parks in the likes of Hawaii, American Samoa and the Virgin Islands – they don’t seem ready to be finished with their travels.

So far on the journey, the family have been able to hit the parks using only their RV.

Upon completing their lengthy excursion, the family write that they initially intended to return to ‘normal life,’ but ‘ended up loving road life way too much to ever look back!’