Couples desperate for a baby are being denied NHS-funded IVF treatment because they use e-cigarettes or nicotine patches, The Mail on Sunday can reveal.

An increasing number of health authorities are adopting the policy – even though there is scant evidence that ‘vaping’ harms human fertility or unborn children. At least 16 NHS authorities in England, called clinical commissioning groups (CCGs), now refuse to fund IVF for e-cigarette users, according to a survey carried out by this paper. Our survey results come days after Public Health England advised GPs to tell patients that vaping is far less harmful than smoking.

Those that support the CCGs’ move say experiments show no amount of nicotine is safe in pregnancy. But critics say it is just a cover for cost-cutting. Many CCGs already refuse to fund IVF for cigarette-smokers or those who are obese.

Last night Aileen Feeney, of charity Fertility Network, said: ‘This is another example of how health bosses are trying to ration NHS fertility services by introducing arbitrary access criteria.’

All ten CCGs across Greater Manchester have adopted a ‘no e-cig or nicotine patches’ policy for IVF applicants. Others with a similar stance include NHS Crawley, NHS Horsham and Mid-Sussex, NHS Ipswich and East Sussex, NHS West Suffolk, NHS Milton Keynes, and NHS Nene in Northamptonshire.

Our research shows how, in the absence of hard evidence about whether vaping is harmful to fertility and pregnancy, a postcode lottery of policies has developed. For instance, two CCGs in Devon said there was ‘insufficient evidence currently to suggest nicotine replacement therapies or electronic cigarettes have a negative effect’ on fertility treatment so ‘patients who use them should not be excluded from NHS treatment’. 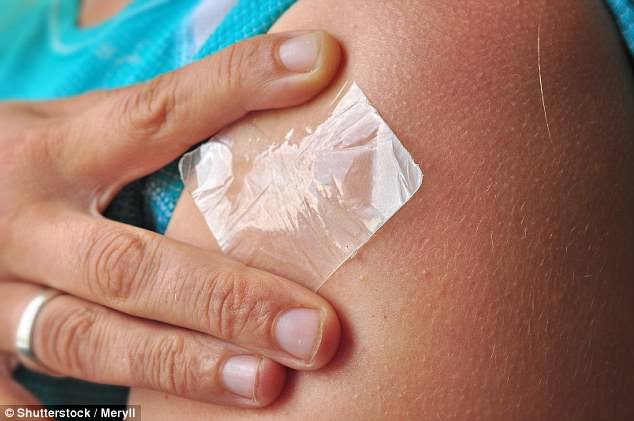 Of the 117 CCGs that responded to our survey, 101 said they had no e-cigarette restrictions in their IVF policies

Of the 117 CCGs that responded to our survey, 101 said they had no e-cigarette restrictions in their IVF policies. Some said they were considering changing their policies, while others had no plans to do so.

Research on the subject is scarce. In 2015, authors of a major US review said: ‘No data exists on the consequences of e-cigarette use on reproductive health, nor on e-cigarette exposure to the foetus.’

Professor Peter Hajek, of London’s Wolfson Institute for Preventive Medicine, said ‘vapers’ used e-cigarettes to stop smoking and warned lumping the two together risked sending out the false message that pregnant women who smoked had nothing to gain by switching to vaping. But Dr Raj Mathur, secretary of the British Fertility Society, said he could understand why some NHS bosses were refusing to fund IVF for nicotine-users, ‘when that drug is not known to be safe’ in pregnancy.