Courtois takes a tumble as Chelsea train for Qarabag clash

Chelsea have put the finishing touches on their preparations for Wednesday’s Champions League clash with Azerbaijani outfit Qarabag.

The Blues completed the gruelling 2,456-mile trip from London to Azerbaijan on Monday but showed no signs of tiredness at they got to work in the Bakcell Arena in Baku on Tuesday morning.

Any lingering cobwebs from the journey were blown away when goalkeeper Thibaut Courtois took an embarrassing fall as he attempted to jump over a bag of footballs, leaving the team in hysterics. 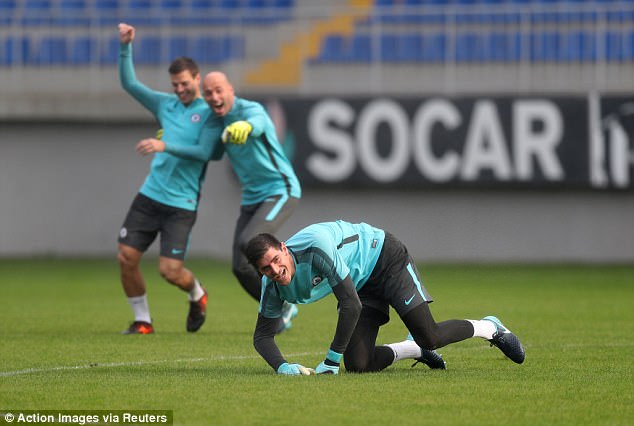 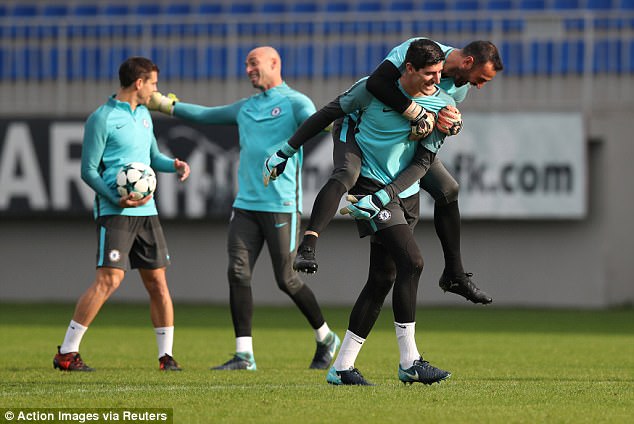 Eduardo Carvalho jumps onto Courtois’ shoulders after his embarrassing moment

Willy Caballero and Cesar Azpilicueta could not contain their laughter as the stopper lay red-faced on the grass.

The team were a picture of concentration for the remainder of the session, however, with Antonio Conte’s men needing a win to guarantee qualification for the knockout stages of this year’s competition.

The Premier League side are trailing group-leaders Roma by a point in Group C after the Italian team beat them 3-0 at the end of October.

However, they hold a lead of four and five points over Atletico Madrid and Wednesday night’s opponents respectively.

And they will be confident ahead of the game having already overcome Qarabag this campaign, thrashing the minnows 6-0 at Stamford Bridge in September. 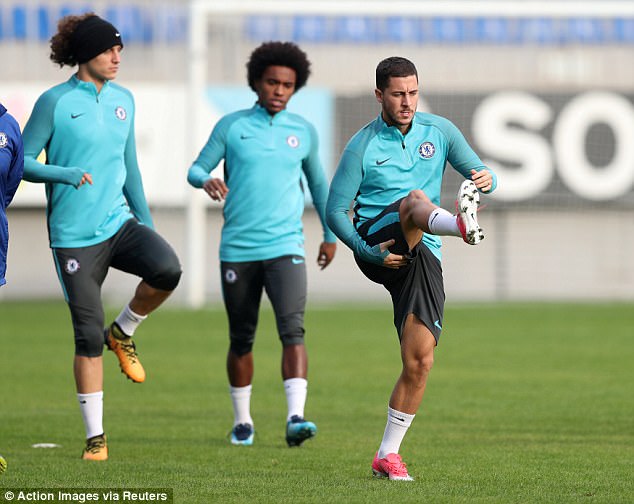 Left to right: David Luiz, Willian and Eden Hazard stretch out prior to the session 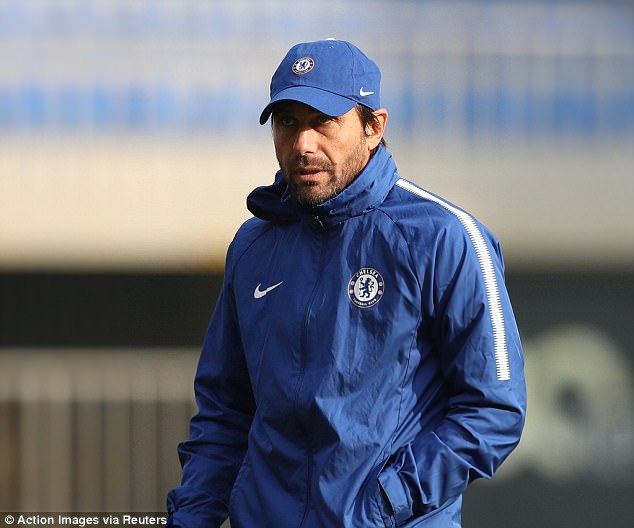 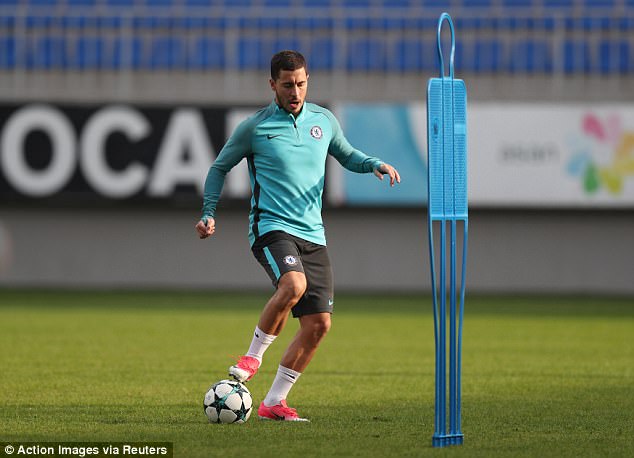 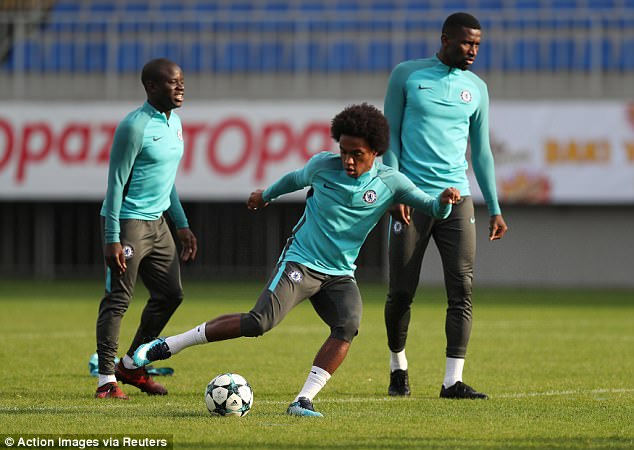