Concluding our look back across a glorious century of the popular talent show:

1940: The final of this year’s X Factor takes place on the White Cliffs of Dover. Finalists include a singing chihuahua, a man in a kilt playing The Laughing Policeman on his bagpipes, a fat woman singing O Sole Mio while doing a handstand and a school choir performing a medley of Gracie Fields numbers.

The five-hour show is designed to keep the enemy at bay, and it does the trick: the minute they hear the piercing sounds, Goering’s Luftwaffe immediately head back to Germany.

In the House of Commons the following day, Churchill commends all those who took part in the show. ‘We gave them our absolute worst and sent those lily-livered Nazis packing.’

1962: An unknown Liverpudlian group, The Beatles, auditions for The X Factor, but they are given the thumbs-down. ‘What a dreadful racket!’ says celebrity panellist Fanny Cradock, who blocks her ears theatrically as they launch into Please Please Me.

Nor is her fellow panellist Sir Gerald Nabarro greatly impressed by what he calls ‘this infernal din’. Romantic novelist Barbara Cartland declares: ‘Well, they’re certainly not the Beverley Sisters, and that’s for sure!’

Instead, the panel decide to put a novelty act — The Pancake Yodeller — through to the next round, after he has impressed them all by yodelling I Remember You while juggling pancakes with his feet.

1974: In a last-minute bid to win the February General Election for the Conservatives, Prime Minister Edward Heath agrees to guest-star on the X Factor.

Mr Heath conducts an orchestra composed entirely of musicians dressed as vegetables including aubergines, tomatoes and cucumbers. He himself appears as a cauliflower.

Sadly, they are pipped at the semi-final by a retired dustman who plays Tie A Yellow Ribbon (Round The Ole Oak Tree) through his nose, and the Conservatives fail to gain an overall majority.

2005: Over the past few years, copycat shows have been stealing the X Factor’s audience by giving them what they want. The TF Factor, the creation of Noel Edmonds, features only Total Flops, allowing the audience to feel better about themselves. The winners are a tone-deaf barbershop quartet from Rotherham who sing Amazing Grace to the tune of I’m Forever Blowing Bubbles.

Robert Kilroy-Silk’s rival show revolutionises the genre. ‘The concept is gloriously simple,’ he declares. ‘We’ve done away with all the singing. There’s simply no call for it any more. Instead, we concentrate on the Sob stories, hence the title — The S Factor.

‘You come on, tell the panel how your nan is in urgent need of open-heart surgery or your poor little West Highland terrier just lost a leg, or you were bullied at school for being a redhead. The first one to get Amanda Holden dabbing a tear from her eye goes through to the next round.’

2010: In a bid to make the X Factor more interesting, Simon Cowell announces a complete change of format. ‘This year, we aim to transform a world-famous star into a complete unknown. The winner will be inducted into the Rock ‘n’ Roll Hall of Obscurity. We’re all very excited!’ he enthuses. 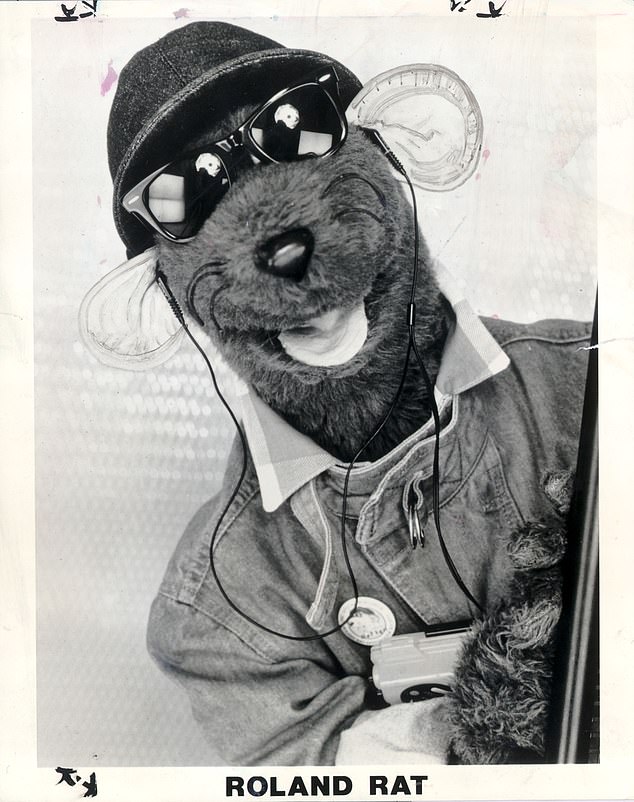 In 2018, for a reported fee of £10million, Simon Cowell recruits celebrity glove puppet Roland Rat to his panel of judges [File photo]

2017: A junior producer suggests a revolutionary new concept to attract viewers back. Why don’t they try recruiting a singer whose voice doesn’t sound as though they are straining on the toilet?

Simon Cowell looks aghast, saying: ‘You must be mad!’ But he reluctantly sanctions the audacious idea of recruiting a young performer who can actually sing in tune. ‘You know what? It just might work,’ he says. But it doesn’t.

2018: With the show’s ratings in free fall, Simon Cowell attempts to boost the X Factor’s popularity by initiating a succession of crafty ploys. First, he offers a free packet of Jammie Dodgers to every viewer. Sadly, research reveals that up to 65 per cent of viewers take the biscuits but then eat them while watching a repeat of Morse on another channel.

But Cowell refuses to give up. For a reported fee of £10 million, he recruits celebrity glove-puppet Roland Rat to his panel of judges. But viewing figures plummet a further 500,000 after Rat is caught in a scandal involving a lump of cheese.

Visibly upset, Rat announces he is leaving the sinking ship with immediate effect.