Five-day cruise from Miami that will honour the cult comedy show The Golden Girls to set sail next year (and yes, there will be cheesecake)

Fans of The Golden Girls will be able to set sail on a five-night cruise in honour of the cult comedy show.

The themed voyage will take place on the Celebrity Infinity liner and will set sail from Miami – where the main characters Rose, Blanche, Dorothy and Sophia, all lived.

The cruise commences on February 24, 2020, and includes stops in Florida’s Key West and Cozumel in Mexico.

Travel company Flip Phone Events is organising a Golden Girls-themed cruise in honour of the cult comedy show. Pictured are the four main characters from the show, Sophia, Dorothy, Rose and Blanche

The Golden Girls at Sea experience has been organised by travel and events company Flip Phone Events, which has described it as a ‘once-in-a-lifetime gathering’.

Events on board include a cheesecake party to honour the characters love of the dessert as well as a fancy dress party and bingo.

Guests can also take part in a Golden Girls bar crawl in Key West, and even a karaoke party at Rusty Anchor, Blanche’s favorite place for meeting men.

The Golden Girls – starring Bea Arthur as Dorothy, Betty White as Rose, Rue McClanahan as Blanche and Estelle Getty as Sophia – ran from 1985 to 1992.

The only surviving cast member is Betty White, who is now 97. It is not known if she will make an appearance on the cruise. 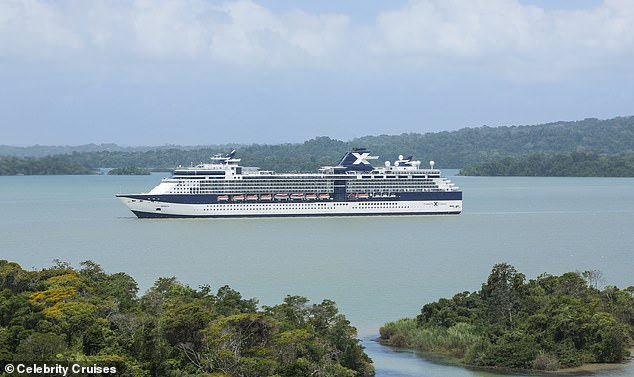 The five-day Golden Girls at Sea event will take place on the Celebrity Infinity liner, with prices starting from $1,000 (£768)