The welcome from Crystal Palace supporters, back inside Selhurst Park and in their full numbers for the first time in almost 18 months, was rapturous. That turned out to be the highlight of the afternoon.

Palace claimed a first point of the Patrick Vieira era and Brentford added another to go along with the three they got from their unforgettable, emotional, season-opener against Arsenal.

But this was not the victorious Premier League home bow new manager Vieira might have had in mind. 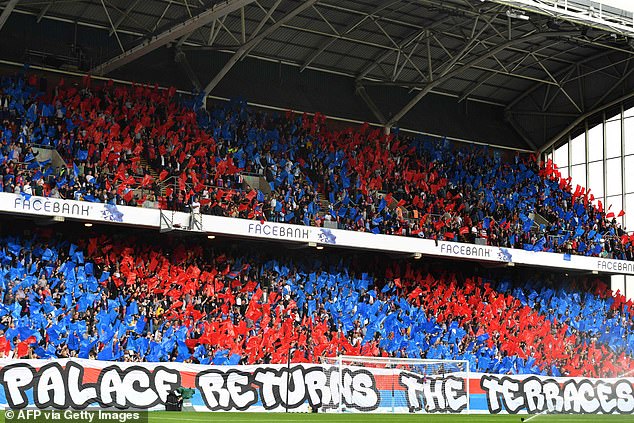 The red and blue flag waving reception from Palace fans, along with the banner unfurled pre-kick off carrying the message ‘as the soul of Palace returns the terraces come alive’ were memorable. The following 94 minutes were not.

Palace’s lack of goal cutting remains evident and an issue for Vieira to improve. These are of course very, very early days for the Frenchman.

And if looking for crumbs of comfort he may have found them in Palace enjoying more possession than they were used to under Roy Hodgson, the encouraging debut of Conor Gallagher and a clean sheet. 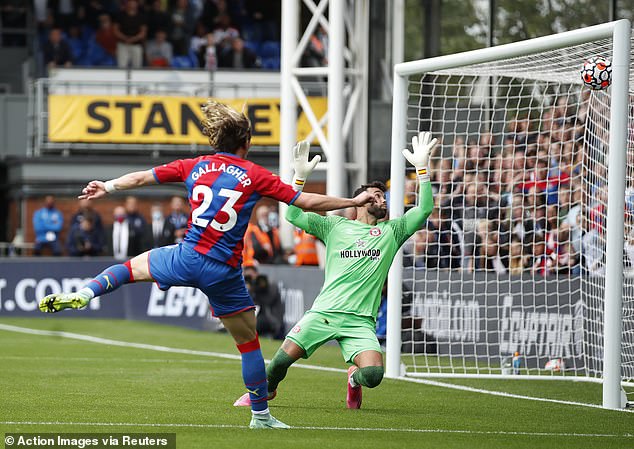 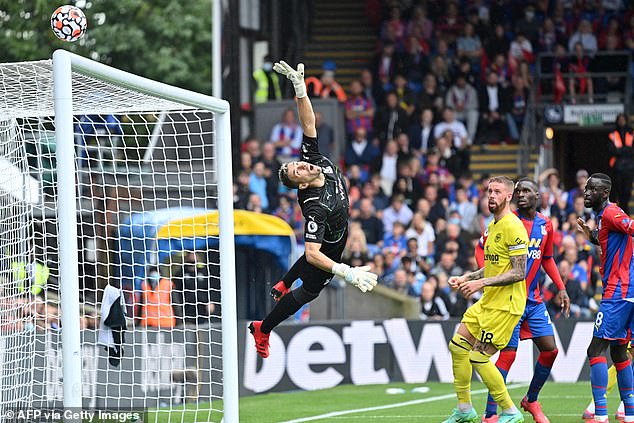 Vieira said: ‘It’s really a mixed feeling for me because in one way I was quite pleased with the team performance and on the other side frustration because we didn’t score that goal. Overall we can build something from that performance.

‘The atmosphere was unbelievable. From the first minute the fans were behind the team and we wanted to go together to win. With a little bit of luck, maybe we can score a couple of goals.’

This was a better draw for Brentford – on the road, still finding their feet in this division, a second clean sheet and not far off all three points. 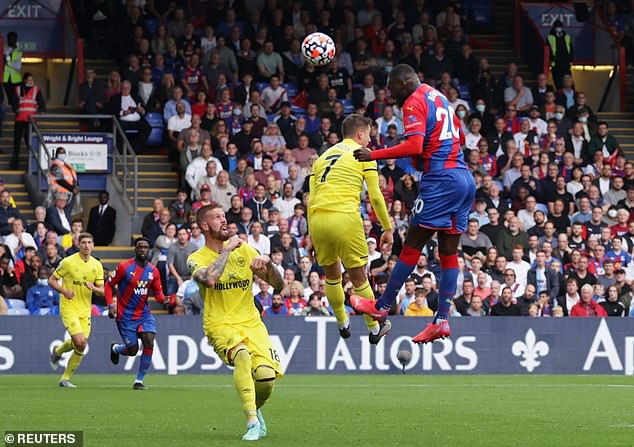 A little more accuracy from Ivan Toney or Bryan Mbeumo and it would have been two wins from two for Thomas Frank’s side.

‘In a relatively even game we edged it and should have got all three points,’ Frank said.

‘If we won 1-0 I don’t think you could say anything to that so I’m sitting here slightly disappointed.

‘I felt before the game and I feel even more there were three points to take today and I think you should take that when you have the opportunity.’

Palace started a little nervily with both Cheikou Koyate and Gallagher giving the ball away in dangerous areas.

But after that the home fans would have liked very much what they saw from Chelsea loanee Gallagher, especially in his all-action first-half.

From the first of many darting, forward runs from midfield he latched onto Wilfried Zaha’s clever pass and cracked an effort against the angle of post and bar.

Then, one moment Gallagher dispossessed Frank Onyeka with a perfectly timed, but crunching sliding tackle on the edge of his box and seconds later he was at the other end firing in a cross that Christian Benteke was poised to tap in until David Raya’s intervention.

Toney and Mbeumo both had efforts for Brentford, dragged wide left-footed, but it continued to be Gallagher who really caught the eye.

His willingness to dart in behind Brentford’s feature but so too was his tenacity, pressing and knack of being first to loose balls or in just enough space to be a constantly available passing option for his teammates. Of course, he was next to test Raya too. 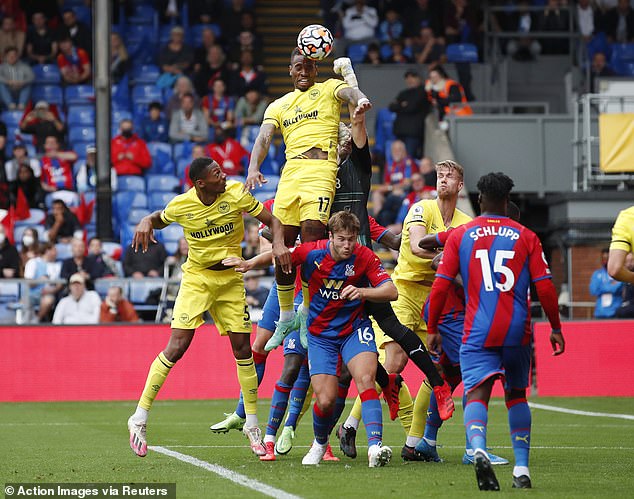 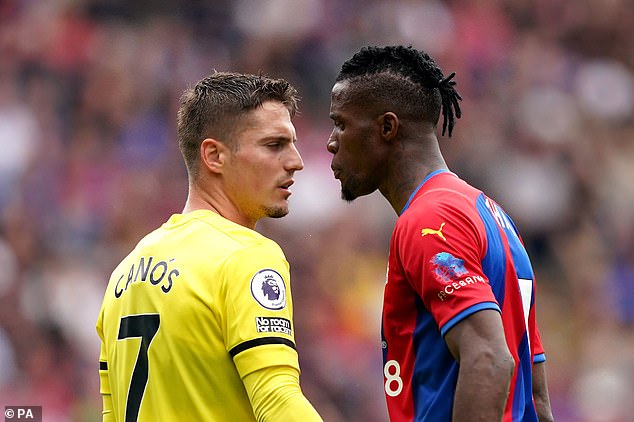 But Brentford’s front two threatened again as well. Mbeumo bent a free-kick from more of a crossing position against the bar.

Meanwhile Toney’s next attempt to open his top-flight account for Brentford was thwarted by a combination of Palace’s defenders and goalkeeper Vicente Guaita.

The first chance of the second half fell to Toney who mistimed his jump and met a corner with his shoulder rather than head. Benteke did make firm contact when Joel Ward got to the byline and dugout a cross but the Palace striker could only head over. 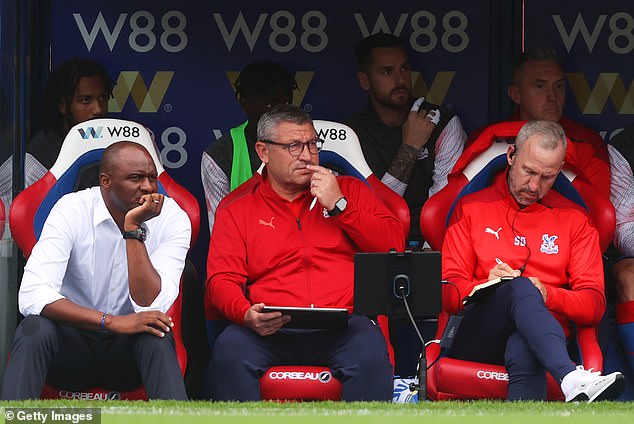 Toney fared a little better with his next aerial effort, rising highest, even above Guaita, to meet a corner though his header sailed over the bar.

The action then swung up the other end, Raya flying full-length to help James McArthur’s effort over his bar.

And, ultimately, there was to be no breakthrough.