The owners of a Cuban restaurant have accused the police of ‘political censorship’ after an officer gave them a dressing down over their flag of left-wing pin-up Che Guevara.

The couple behind El Cuba Libre, which is attached to The Sportsman pub in Hyde, Greater Manchester, say they have been flying the iconic flag for five years, due to Guevara’s link to the communist Caribbean country.

But they were bizarrely visited by a police licencing officer last week and told someone had complained about the image of the revolutionary leader. It is thought they took exception to Guevara’s political views.

Revolutionary: Geoff Oliver and wife Maria are angry after a police licencing officer suggested they take down a Cuban flag emblazoned with the face of Che Guevara after a complaint 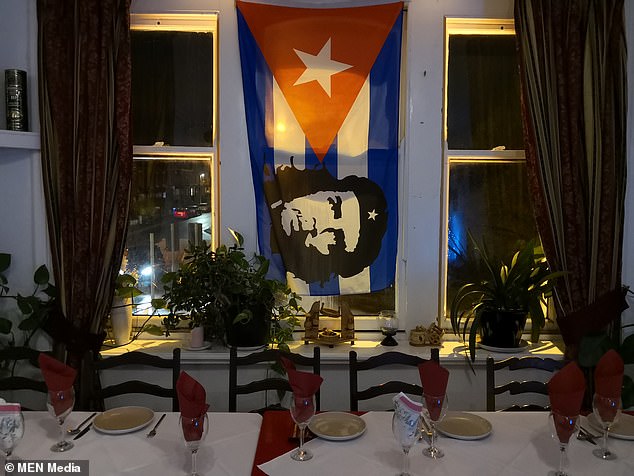 Proud: The flag has hung in the window of the Cuban restaurant attached to their pub for years

Pub landlord Geoff Oliver said the comments offensive to his Cuban wife Maria, known as Cangui, 54, who he met in Havana.

Mr Oliver said: ‘I just find it unbelievable. Every day people, including many of our customers, walk around with Che Guevara’s image on T-shirts and other memorabilia and using this logic they are not allowed to do that either.

‘He’s just an iconic figure. He’s also been dead for 50 years so he’s not going to do anyone any harm. I just don’t understand how anyone could find it offensive.

‘In Cuba he’s a national hero and seen one of the founding fathers. Cangui was very upset when we were asked to take it down.

‘But ultimately for a police officer to tell us what political symbols we can and can’t display inside our own establishment is just wrong.

‘The implications of that are wide-ranging and quite sinister.’ 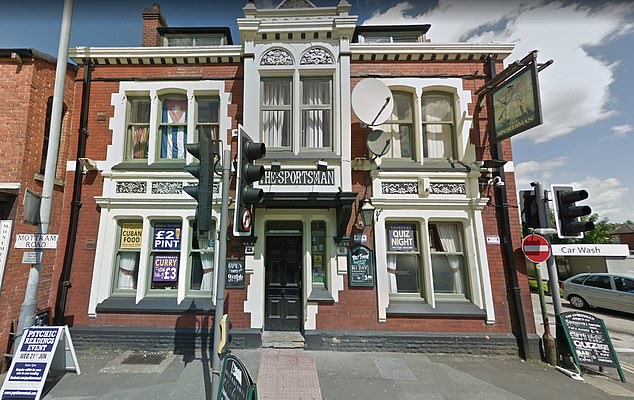 Banner: The flag is visible in the window of the restaurant and pub in Hyde near Manchester 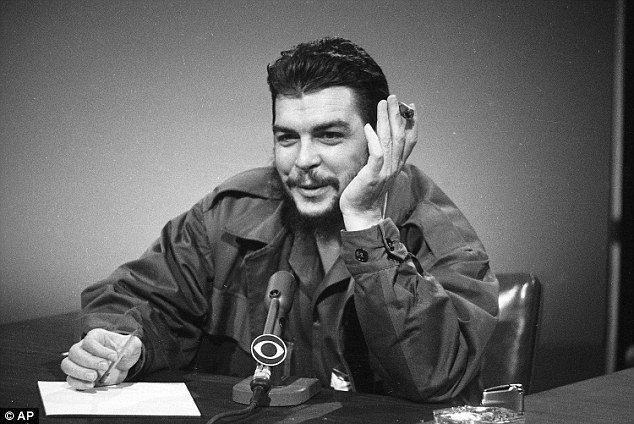 Icon: Guevara (pictured in 1964) was a central figure in the Cuban Revolution in 1959. He has since become an icon to left-wingers around the world

Greater Manchester Police have declined to comment on the licensing officers visit, although a source insisted they were merely making him aware of the complaint and did not tell him to take it down.

Police licensing officers advise pubs and the council on issues that could led to revocation of their right to serve alcohol.

Mr Oliver is standing up for his right to free speech and has refused to remove the banner.

Guevara was an Argentinean-born revolutionary who guerrilla war against Cuban dictator Fulgencio Batista in the 1950s. He later became an ambassador for Cuba but was executed in 1987 after joining revolutionary forces in Bolivia.