The questionable culture of the Wests Tigers NRL playing group is again in the spotlight after it emerged that two players ‘fed’ the pokies the night before Sunday’s heavy loss to the Knights in Newcastle.

Fullback Daine Laurie and centre James Roberts – who is no stranger to controversy – reportedly left their team hotel and made their way to the gaming lounge at the Great Northern Hotel.

The pair left the venue on Scott Street in Newcastle at around 10pm.

The Wests Tigers were then thumped 26-4 on Sunday by a patched-up Knights team who had key trio Kalyn Ponga, Daniel Saifiti and Jayden Brailey out injured.

News of Laurie and Roberts’ night on the town will infuriate some fed up fans, who have watched their team lose both their 2022 games, with the heat on the players and coach Michael Maguire. 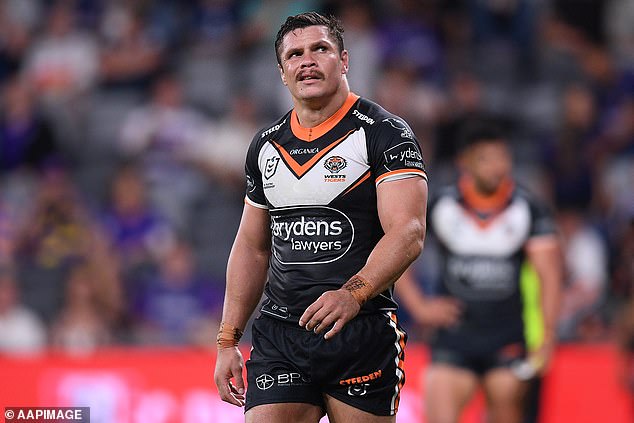 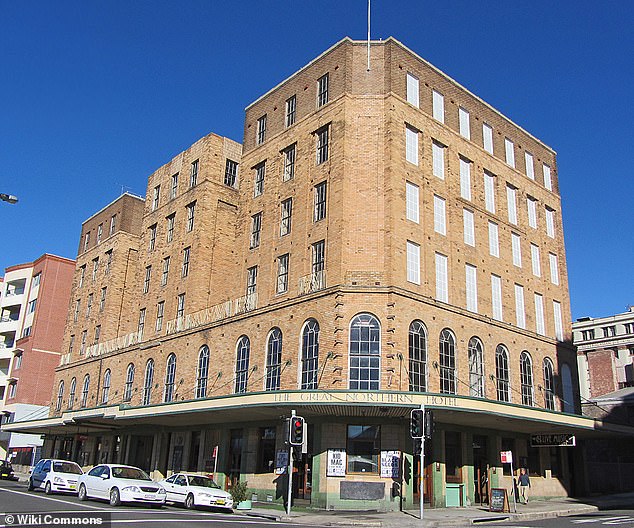 Wests Tigers chief executive Justin Pascoe declined to comment – but is expected to demand a ‘please explain’ from both players, according to the Daily Telegraph.

Their round three clash this Friday night versus the New Zealand Warriors is already looming as a must win encounter.

A third successive defeat will heap even more pressure on Maguire, who had already received the dreaded declaration of confidence from Tigers football chief Tim Sheens.

Roberts signed a cut-price, one-year deal in the off-season to remain at Concord after playing just 11 matches in 2021.

The Tigers were prepared to cut him loose, but a noticeable shift in Roberts’ attitude at training saw the club give him a final chance.

A NSW Origin player in 2018, Roberts’ inconsistent form has seen the journeyman represent the Rabbitohs, Panthers, Titans, Broncos and Eels since 2011.

Numerous alcohol-fuelled incidents have proven to be detrimental for Roberts, who endured a troubled upbringing and has admitted to ongoing mental health struggles.

He was homeless when he signed for the Panthers in 2013 and last July almost caused the NRL competition to be suspended after breaching quarantine protocols within the Covid player bubble.

Roberts, 28, was pictured soaking in the sun of his hotel balcony despite being told to stay in his hotel room – with the images from the Novotel in Surfers Paradise infuriating Queensland Health authorities at the time.

A fortnight earlier, the NRL had moved the entire competition to Queensland in the midst of Sydney’s spiralling Covid outbreak.