Cyclists in London are too white, male and middle class, says bike tsar over the rise of ‘Mamils’

Lycra-clad packs of middle aged men zooming around the capital are becoming a ‘problem’ according to the London Mayor’s cycling tsar, Will Norman.

So-called ‘mamils’ (middle-aged men in lycra) are dominating the cycling scene in London, leading to a false perception that cycling is not for everyone, Mr Norman claimed.

Too few females and people from ethnic minority backgrounds are taking to two wheels around the capital and the Mayor’s office could introduce ‘diversity targets’ to combat the figures.

Despite millions being pumped into the cycling infrastructure in London the majority of those making use of it are middle aged men.

At present, black, Asian and minority ethnic groups account for about 15 per cent of cycled journeys in London – around two-thirds less than Transport for London (TfL) estimates it could be. 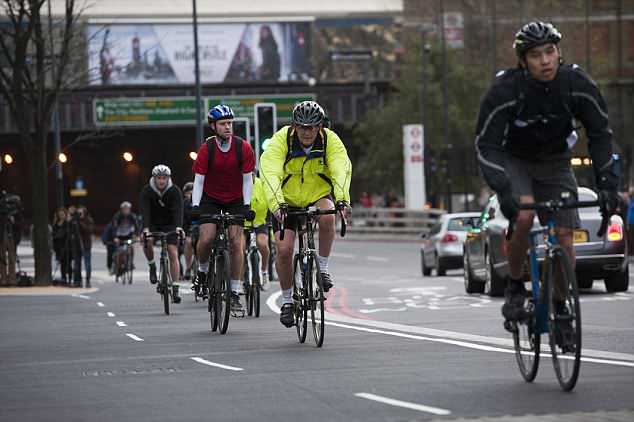 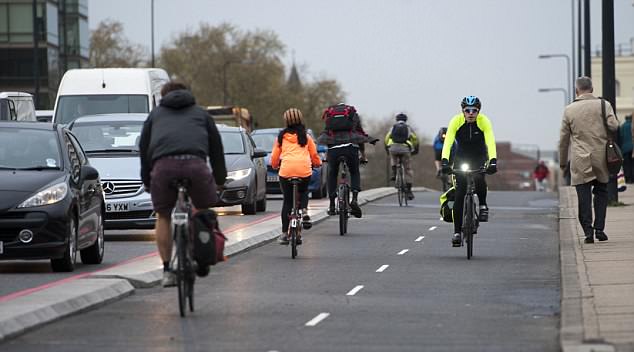 Mr Norman told The Independent: ‘There is a problem with cycling and the way it is perceived of getting middle-aged men cycling faster around the city, which is not the objective at all.

‘It touches on something which is a real challenge for London cycling, which is diversity.’

However, members of the London Assembly said it is not being done quickly enough.

Now Mr Norman said more groups should be benefitting from the changes made.

He added: ‘Even when we have seen the growth in the number of cyclists, we haven’t seen that diversity.

The way in which the gap will be filled, Mr Norman says, is through projects such as promoting electric bikes, cycling courses and grants for community groups who do not typically cycle. 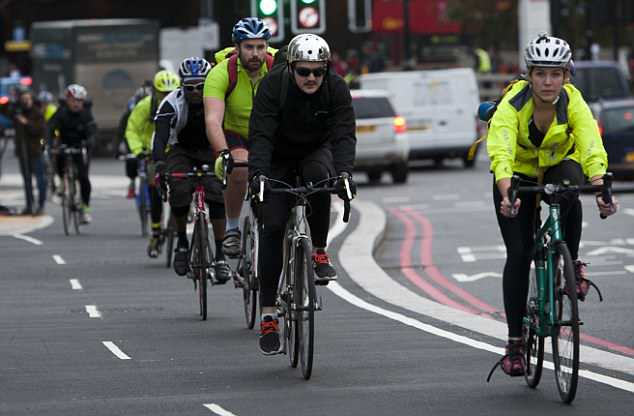 Schemes could be rolled out across London to diversify the cycling scene. (Pictured: One woman cycles among a pack of men)

There was a six per cent recorded rise in female cyclists after the opening of Quietway 1, which links Waterloo with Greenwich, from 29 per cent to 35 per cent.

Mr Khan promised an average of £169m annually for cycling schemes over the next five years.

‘Is it ambitious enough in the longer term? I think we need a higher level of change,’ Mr Norman told The Independent.

‘The target that we have set out in the mayor’s transport strategy is over that 25 years we want to shift to 80 per cent of journeys to be walking, cycling or by public transport.

‘That is a much more ambitious target and really is fundamentally rethinking the way that we move around our city.’