‘Worst erosion since the 1970s’: Cyclone Oma takes a big bite out of some of Australia’s most famous beaches

Beaches along Queensland’s south coast have seen the worst erosion in 40 years after strong winds and king tides smashed against the shore over the weekend.

Main Beach at Noosa and Marcoola Beach both experienced extreme erosion, with councils along the coast now inspecting the aftermath.

Large sections of dunes were swallowed up by the waves, leaving what some locals have described as ‘sand cliffs’ in their place.

Beaches along Queensland’s south coast have been smashed with strong winds and king tides that in some places have caused the worst erosion for over 40 years (pictured; Narrowneck Beach Gold Coast) 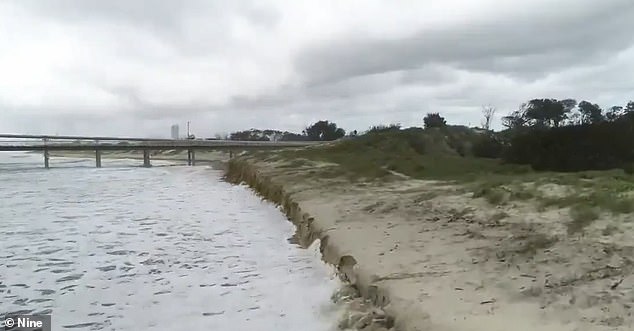 Oma, which has been downgraded to a tropical low, is sitting about 1,100km east northeast of Brisbane and moving northwards.

The cyclone is expected to remain offshore, however, the Bureau of Meterology will continue to watch the massive system in case it swings back towards land.

University of the Sunshine Coast coastal systems expert, Dr Javier Leon, has been measuring the massive tides caused by Oma.

He said the water had risen 4.3 metres above mean sea level due to the cyclone’s storm surge,  with Main Beach at Noosa taking the brunt of the swell.

‘Noosa is usually protected but not this time. Cyclone Oswald [in 2013] was bad, but after talking to locals, this seems to be the worst [erosion] since the late 1970s,’ Dr Leon told Newscorp.

He is currently conducting a study looking at sand movement at sites like Noosa to create a ‘sand health index.’

This could help councils plan for weather events along beaches that could impact tourism. 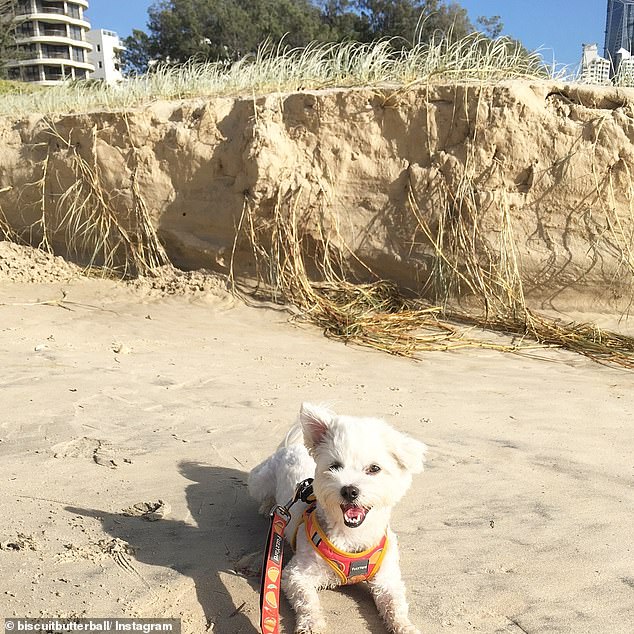 Local councils along the coast are now inspecting the aftermath, with large sections of dunes swallowed up by the waves leaving what some locals have described as ‘sand cliffs’ (pictured; Main Beach Gold Coast) 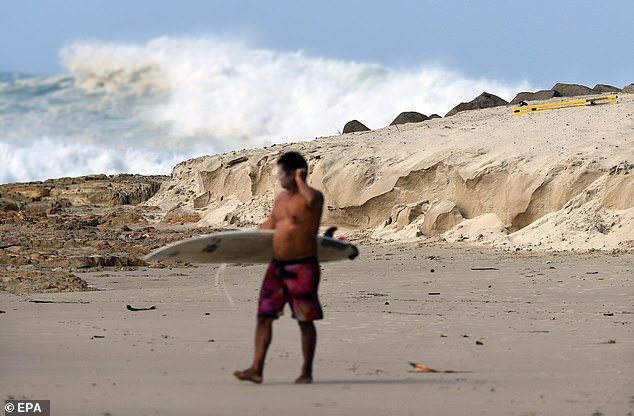 Beach erosion as a result of large waves generated by ex-Cyclone Oma on the weekend (pictured; Snapper Rocks on the Gold Coast on Sunday)

‘Fortunately, because council had been pumping sand since December, the beach was in great shape. Things could have been much worse,’ he said.

On the Gold Coast, Narrowneck Beach and Main Beach experienced the worst erosion with major scarping along the dunes.

Gold Coast Mayor Tom Tate said his council’s efforts to protect the beach over the last five years has offset some of the damage.

He the clean-up to begin by Tuesday.

A handful of beaches along the coast remain closed, with Queensland Premier Annastacia Palaszczuk urging people to stay away until they are cleared to re-open.

‘There has been a lot of beach erosion that has happened along our coast as a result of Cyclone Oma. Can we please ask people to listen to authorities. Please don’t go back on those beaches until it is deemed safe,’ she warned. 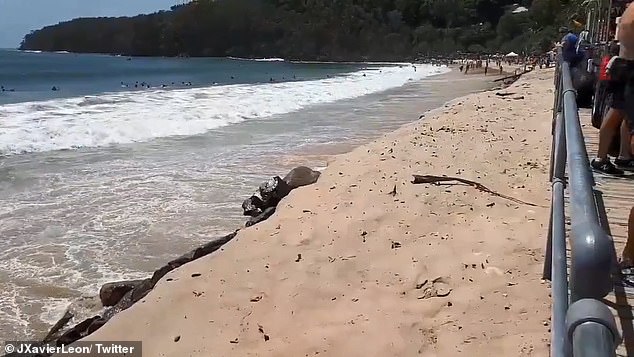 A handful of beaches along the coast remain closed, with Queensland Premier Annastacia Palaszczuk urging people to stay away until they are cleared to re-open (pictured; Noosa Main Beach) 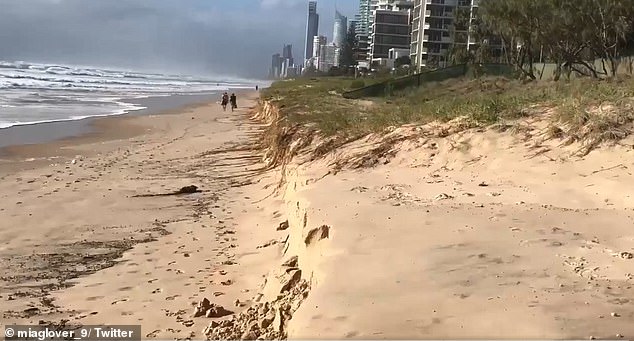