Surveillance footage has captured the terrifying moment Dallas Cowboys star HaHa Clinton-Dix came face-to-face with a bear and her baby cub outside his Florida home.

The incident occurred Monday evening when the 27-year-old athlete was riding a scooter on the driveway of his $1.4 million mansion in Orlando.

Black and white security vision shows the bears exploring the area near the property’s front door, before they skulk up behind Clinton-Dix’s BMW sedan.

The Cowboys safety then appears in the vision scooting along his driveway – completely unaware that the two predators are lurking just behind his car.

Surveillance footage has captured the terrifying moment Dallas Cowboys star HaHa Clinton-Dix came face-to-face with a bear and her baby cub outside his home in Orlando, Florida

Clinton-Dix is suddenly greeted by the sight of the bears, before he is seen throwing himself off the scooter in terror and running back towards his home’s front door.

At one point, the NFL star looks back over his shoulders to make sure the animals aren’t chasing him.

However, his startled reaction spooked the mother and baby bear, both of whom went running off in the opposite direction.

When his heart-rate eventually returned to normal, Clinton-Dix was able to find some humor in his unexpected encounter with the animal intruders.

He shared the surveillance footage to his Instagram account on Tuesday, alongside the caption: ‘I play D # gotta be ready to go. A lil high on my flip turn but the drive was there. I ain’t know how many was over there.’

The video has been viewed more than 300,000 times. Many viewers found it ironic that Clinton-Dix previously played for the Chicago Bears, and now the animals were showing up outside his home. 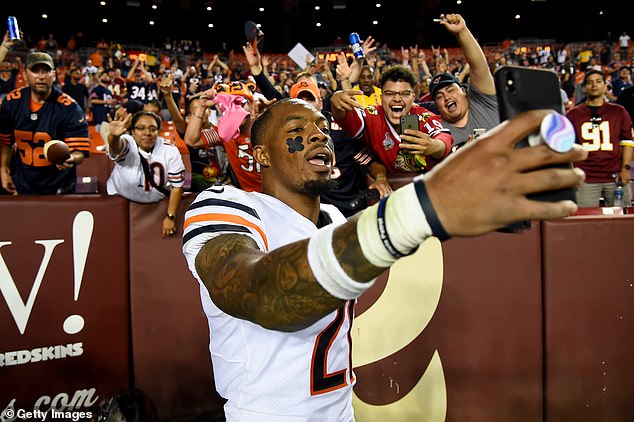 Clinton Dix is seen in his Chicago Bear uniform in September 2019. He has signed with the Dallas Cowboys for the 2020 season

The Orlando Sentinel reports that there have been ‘numerous black bear sightings in Central Florida lately, coinciding with black bear mating season’.

The population of Florida black bears is on the rise, according to The Tampa Bay Times. 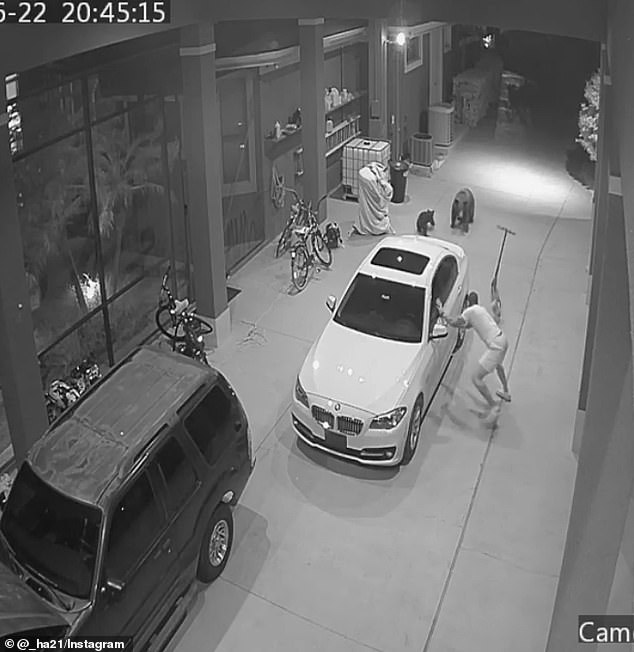