An AFL star’s daughter whose boyfriend has been charged with ice trafficking once gave a bizarre interview saying slamming Nike’s famous slogan ‘Just Do It’, saying there are some things ‘you shouldn’t just do, like meth’.

Danae Barwick, a martial arts trainer and daughter of Collingwood hero Doug Barwisk, was in the news this week supporting her longtime boyfriend Jacob Heun who faces life in prison.

Heun was busted last September for trying to smuggle 801 grams of methamphetamine from France to Victoria in a package labelled ‘bath gel and cologne’.

The County Court of Victoria heard police found a trove of illegal activity on Heun’s phone, including messages between the 33-year-old and his glamorous girlfriend Ms Barwick where they allegedly discussed drug trafficking.

Ms Barwick has not been charged.

Heun on Thursday pleaded guilty to the importation of a commercial quantity of a border-controlled drug and a second charge of trafficking cocaine.

Ms Barwick once gave an interview with Absolute Mixed Martial Arts, where she previously worked as an instructor, slamming drug use. 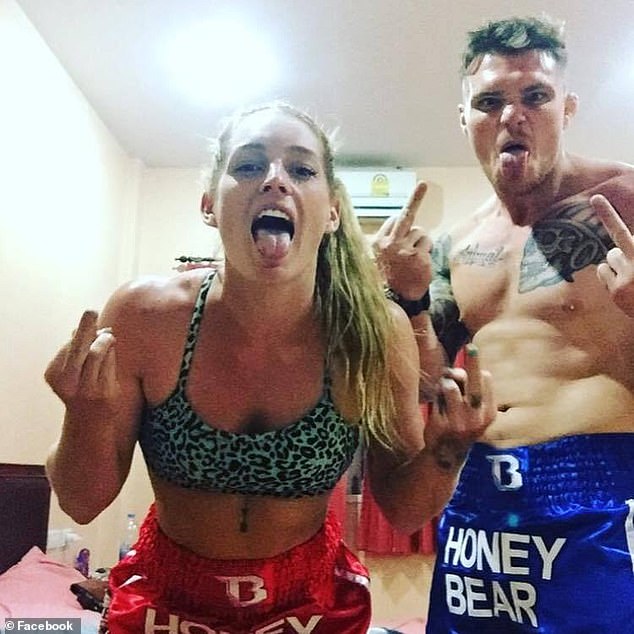 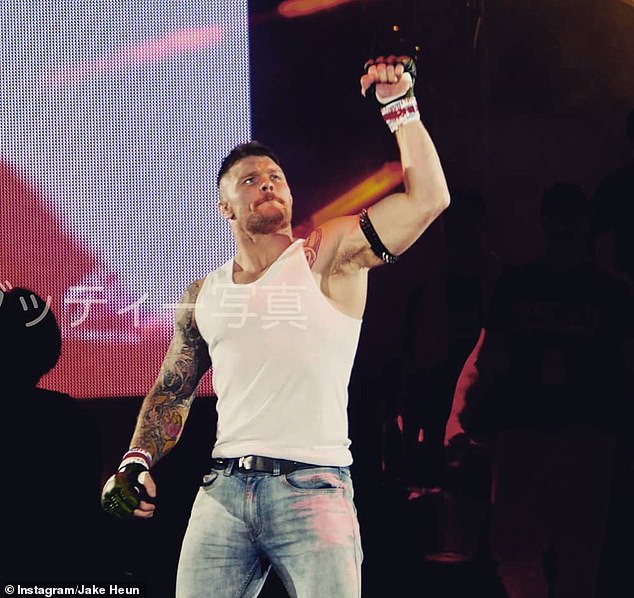 In response to a question about a common inspiration quote that she disagrees with, Ms Barwick recited sports label Nike’s famous tagline.

‘If it’s bad for you, you probably shouldn’t just do it. Like don’t ‘just do’ meth.’

She also disclosed a talent for ‘slamming ice cream and Slurpee’s’ because she’s ‘immune to brain freeze’, would happily eat sushi for the rest of her life, listens to Metallica, and enjoys ‘being paid to yell at people’.

As the child of an elite AFL player, Ms Barwick is an accomplished sportswoman who played netball until she broke her leg and competed in track events at school, before she moved to Thailand and worked as a strength and conditioning coach.

While she had 38 countries (‘and counting’) to pick from at the time, she pegged Iceland as her favourite destination, closely followed by Mongolia for its ‘primitive’ geography. 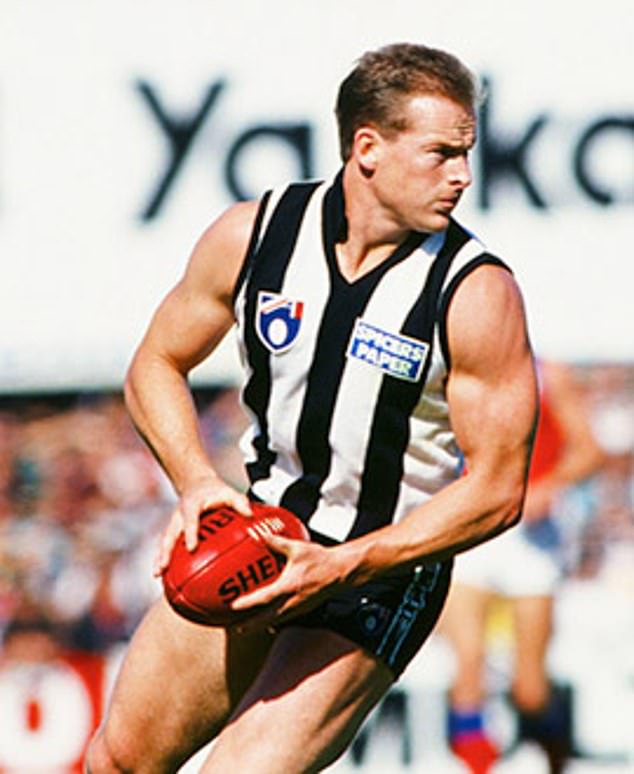 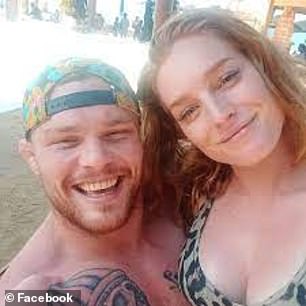 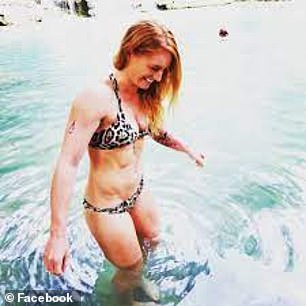 Jacob Heun and his girlfriend Danae Barwick are pictured together, left. Ms Barwick used to be a coach in Thailand

The mantra she lives by is ‘do what you can with what you’ve got’, and said Harry Potter has influenced the way she approaches certain situations or people.

‘If people don’t get out of your way, just Petrificus Totalus them,’ she replied, referring to a curse in the J.K Rowling saga that causes temporary paralysis.

Police were only able to pin the trafficking charge on Heun due to his use of a mobile phone, which was registered to Ms Barwick, who had moved to Sydney.

Images found on his phone showed another parcel containing cocaine, which he attempted to send to Ms Barwick through the post, the court heard.

‘Initial examination of the WhatsApp messaging application on Mr Heun’s phone revealed a series of communications between (him) and Danae Barwick, which were likewise indicative of drug trafficking,’ court documents stated. 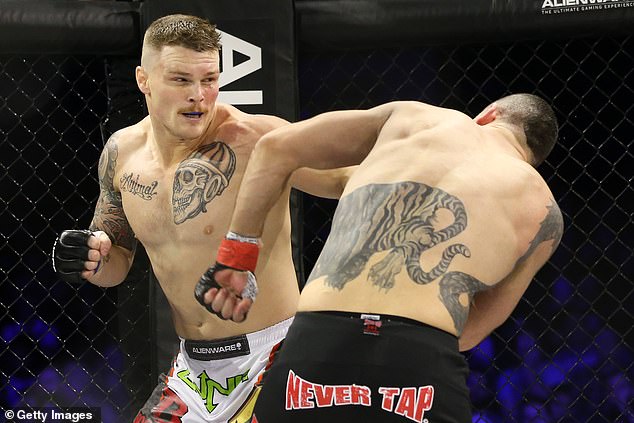 Jake Heun (left) trades punches with Smealinho Rama (right) during their World Series of Fighting bout at The Theater at Madison Square Garden on December 31, 2016 in New York City 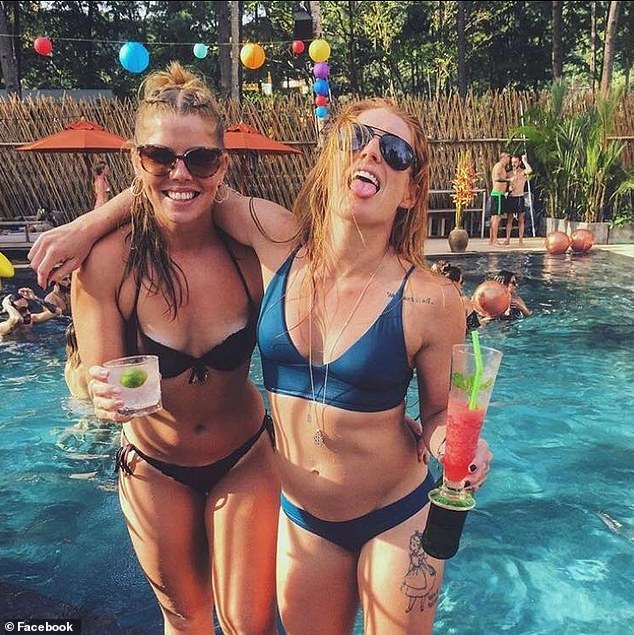 ‘Jail is not part of my 2021 plan,’ Ms Barwick told Heun at the time, court documents showed.

‘Haha mine either. Is there a couples’ jail?’ Heun responded, the court was told.

After his arrest in September last year, the UFC fighter said he was, ‘bad at life, good at fighting’.

On Wednesday, Heun’s barrister Zarah Garde-Wilson told Judge Michael Tinney on Thursday that Ms Barwick met Huen in 2016 – when he was drinking a bottle of whiskey a night and snorting up to two grams a day.

Ms Garde-Wilson said the personal trainer had hoped to marry Heun, and still supported him despite his possible life term in prison.

Heun, who has already spent more than a year behind bars, will be sentenced next week.