David Cameron’s former director of strategy today claimed he should return to Downing Street with the country in chaos over Brexit.

Steve Hilton claims his old boss could replace Theresa May if the Tories trigger a vote of no confidence against her and she is forced to step down.

The ex-Prime Minister’s ‘guru’ says he could be ‘the best hope for Britain’ if he makes a return to politics.

Cameron, 52, resigned from the top job after he called a referendum on Britain’s membership of the EU and the UK voted to leave in 2016.

He retired from politics completely a few months later when he stepped down as MP for Whitney in Oxfordshire after 15 years.

But despite no longer having a seat in Westminster, Hilton told the Sunday Times he is convinced he is the best man for the job.

He wrote in his column for the paper: ‘If there is a Conservative Party leadership election, no doubt many able MPs will throw their hat in the ring. But there’s one name that should also be on the list: David Cameron.

‘The former prime minister reportedly remarked in the early hours of June 24, after the Brexit vote had gone against him, “Why should I do all the hard s***?”

‘I think we know the answer to that question now. And, considering where we are now, David Cameron’s return to No 10 could in fact be the best hope for Britain.’ 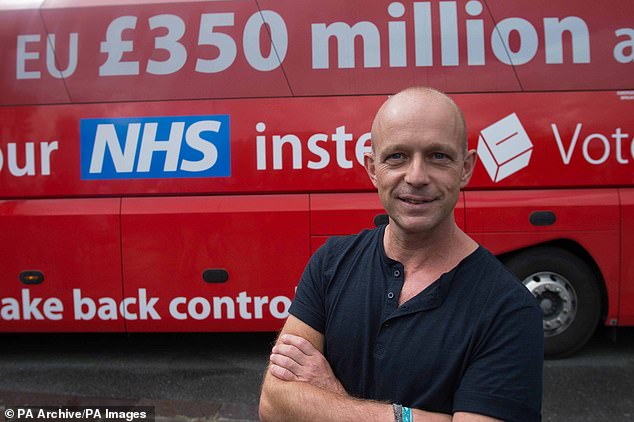 He used his article in the newspaper to slate Mrs May’s Brexit deal, which she will have to fight to get passed MPs in the House of Commons this week.

His claims come after The Sun reported earlier this month that Cameron wants to make a return to Westminster as Foreign Secretary because he is ‘bored s***less’.

The rumour drew ridicule and bafflement from MPs, with some accusing him of a ‘sense of entitlement’ and others jibing that he has ‘done enough damage’.

Former cabinet colleague Iain Duncan-Smith said it would be ‘peculiar’ if Mr Cameron tried to make a comeback and said he was still ‘pretty unhappy’ he had abruptly resigned from No10 after losing the referendum.

The reaction on social media was also vicious, with users saying he had ‘screwed the country enough’ and should ‘get an allotment’ instead.

Actor Danny Dyer won widespread acclaim when he accused Mr Cameron in a TV rant of ‘scuttling off’ after the EU referendum and putting his ‘trotters up’.

Since resigning he has spent much his time writing his book in a £25,000 shed in his Cotswolds garden.

But at 52 it appears he is ready to return with source close to Mr Cameron said he would not rule out going back to Westminster if a future Tory leader asked him.

Today Mrs May and her political opponent Jeremy Corbyn faced a grilling over their respective plans for Brexit.

The PM warned her fellow Tories about triggering a leadership contest, saying it is in Britain’s interest for her to finish the job. 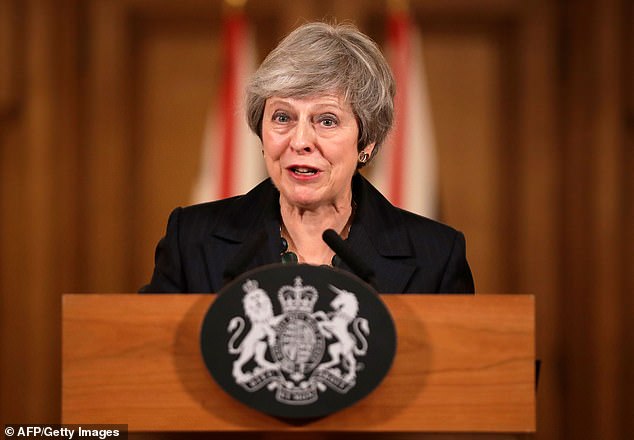