David Haye and Tony Bellew set for rematch on December 17

The grudge rematch between David Haye and Tony Bellew is set to be agreed for December 17 at the O2 Arena.

The dates of December 10 and 16 were previously under consideration, but Sportsmail can reveal a Sunday showdown in London is close to being finalised.

It is understood that contracts could be signed by the fighters as early as next week, with the rivalry between the pair having delayed negotiations, as they did for the first fight, which Bellew won in March. 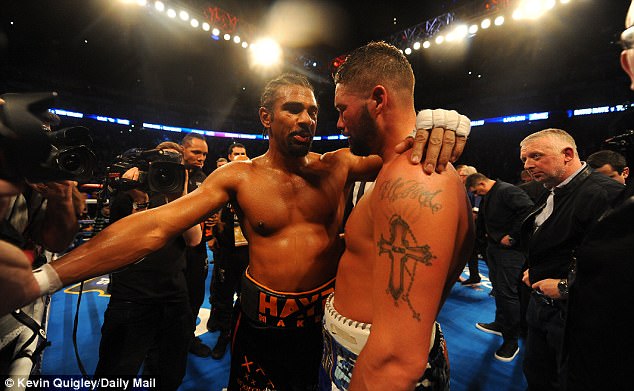 Hopes of a rematch had drastically faded in recent months, but talks resumed at the Conor McGregor-Floyd Mayweather fight in Las Vegas last month.

Sportsmail published an exclusive image of Haye speaking with Bellew’s promoter Eddie Hearn in a Las Vegas gym and discussions have since snowballed.

Some terms are yet to be agreed on the second bout, but an imminent agreement for the heavyweight clash is highly likely, with Haye chasing revenge after rupturing his Achilles midway through the first fight.

He suffered the injury in the sixth round before eventually being stopped by the WBC cruiserweight world champion in the 11th. 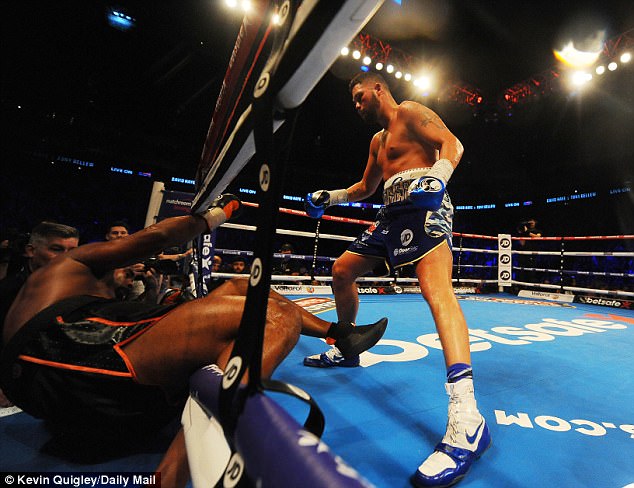 The build up to that first fight was dominated by bad blood and the rematch is almost certain to follow suit, with Haye, 36, badly needing a win to get his career back on track.

Despite losing the initial contest, Haye pocketed £4.2million for the fight – £1.4m more than Bellew’s £2.8m cheque. The rematch has been accepted as the most lucrative option for both fighters.

A Sunday fight is uncommon, though Bellew won his world title on a Sunday, beating Ilunga Makabu at Goodison Park in May 2016.