Theresa May’s deputy has been accused of Project Fear ‘Mark Three’ for warning of a ‘slaughter of the lambs’ in a No Deal Brexit.

They said ex-Europe Minister and Remain supporter Mr Lidington – the Prime Minister’s de facto number two – gave a ‘chilling warning’ about the impact of No Deal.

One MP said: ‘David was quite explicit. He said, “If there’s No Deal, we’ll have to prepare for the slaughter of every lamb in Britain destined for export.” ’

The EU is a vital market for the UK’s sheep industry, with 95 per cent of British sheep meat exports going to the Continent in 2015.

Brexiteer Tory MP Peter Bone seized on the reported warning, saying: ‘This is truly Project Fear gone “baa-nanas”! I thought the Remainiacs had given up on silly scare stories like this but with talk of mass killings of sheep on the motorways there’s a good chance they’ll be warning of plagues of locusts on the M20 next.’

Environment Secretary Michael Gove last week sought to play down fears of sheep en route to the Continent having to be slaughtered. 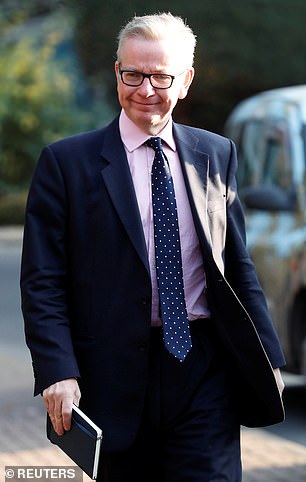 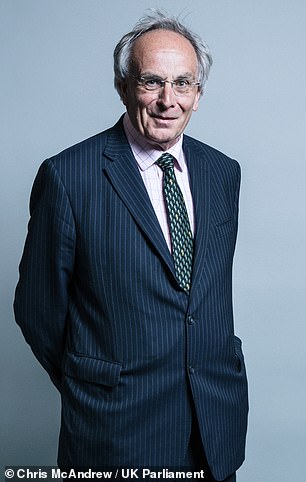 He told the Commons’ Environmental Audit Committee the Government would focus on ensuring an ‘efficient flow of goods’, adding: ‘We are not going to have the mass slaughter of lambs or sheep in lorries en route to EU member states.’

George Osborne has warned that the Tory Party faces a ‘prolonged period’ out of power ‘unless it engages more with modern Britain’.

The former Chancellor, who was sacked by Theresa May, branded her handling of Brexit a ‘massive mistake’, saying her Government’s approach had been to ‘dismiss the views of those who had voted Remain, treat them as saboteurs or traitors’.