Deaf teenagers are cured by a bionic implant in their skull

A bionic ear implant is to be offered for the first time to youngsters on the NHS, meaning deafness can effectively be cured at an early age.

The breakthrough device consists of a battery-powered microphone and sound processor which are placed beneath the skin and within the skull near the ear. There is nothing on the outside of the head and the ear canal is left open – so the implant is invisible once in place.

Six to eight weeks after the complex fitting procedure, it is switched on – and hearing is restored.

Although the £12,000 device has been offered to adults since 2015, a British teenager has become the youngest patient to benefit after surgery at St Thomas’ Hospital.

The bionic ear implant is to be offered for the first time to youngsters on the NHS, meaning deafness can effectively be cured at an early age. It consists of a battery-powered microphone and sound processor which are placed beneath the skin and within the skull near the ear

Following this breakthrough, more young people are set to benefit, as the device is now approved for children aged 14 and up.

Schoolgirl Lauren Gibbinson, from Southend in Essex, was 15 when she had the pioneering procedure in August last year. She had suffered with hearing loss almost from birth, but by her early teens her problems were severe.

Lauren recalled the emotional moment she had the device switched on two months after her surgery. She said: ‘It was overwhelming. For the first time ever I could hear the wind blowing and birds tweeting.

‘Although I’d been able to hear my dad, brother, grandad and boyfriend talking when I wore my old hearing aids, I’d never been able to differentiate between them. It was amazing to hear the different tones in their voices.’

About 11 million Britons – one in six – live with a form of hearing loss, among them 50,000 children. Half of these are born with the problem, while the other half lose their hearing during childhood.

Infections, including infections in mothers during pregnancy, genetic conditions, medications and occasionally head injuries are all causes of hearing loss in babies and children. But in around half of cases, no cause can be found. Hearing aids can help, but a minority of patients are unable to use them.

For others, anatomical problems – such as there being no ear canal – mean a hearing aid is useless.

Other semi-implantable hearing aids, such as cochlear implants, are already widely available. However they are only offered to those who are almost or completely deaf.

It was overwhelming. For the first time ever I could hear the wind blowing and birds tweeting.

Lauren Gibbinson, from Southend in Essex, who was 15 when she had the pioneering procedure

They work by receiving then ‘translating’ sounds into electronic signals, which the patient’s brain must learn to interpret.

Cochlear implants have external sound receivers which cannot be worn during showering, bathing or swimming, when water may damage the electronics.

Many patients remove the receivers at night, as they can be uncomfortable to sleep with – and they are once again deaf.

The new Carina middle-ear implant works more like a traditional hearing aid, amplifying sounds and transmitting them directly into inner parts of the ear.

Because all components of the Carina are fully implanted, patients are able to hear at all times.

Surgery to implant the Carina lasts three to four hours, under general anaesthetic. First an incision is made into the skin directly behind the ear lobe, and the microphone – the size of a 20p coin – is inserted between the skin and the bone. The processor, measuring 1½in, is placed within the large bone on the side of the head.

Finally, the motor is placed inside a plastic tube and screwed in place, inside the middle ear. 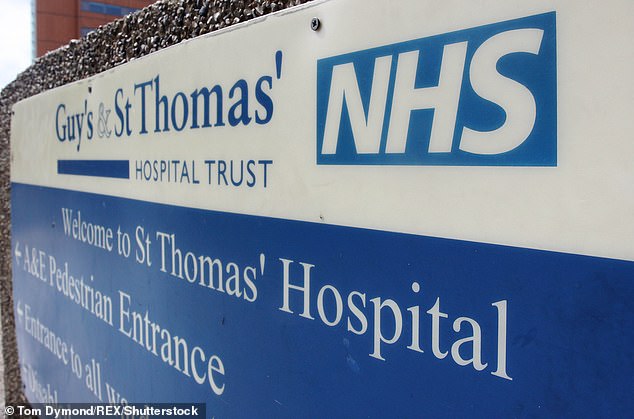 Although the £12,000 device has been offered to adults since 2015, a British teenager has become the youngest patient to benefit after surgery at St Thomas’ Hospital

After six to eight weeks, the hearing aid is switched on using a remote control, which can also control the volume. The only other external equipment is a small wireless charger.

Mr Powell, who carried out Lauren’s surgery, said: ‘Middle ear implants are ideal for patients with moderate to severe hearing loss, who can’t use hearing aids.

‘They are approved for children aged 14 and up, due to the size of the electronic components.’

Lauren’s surgery took place in August last year, for her left ear. She is now hoping for a second implant for her right ear.

Now 16, she said: ‘I feel a lot more confident. With my hearing aids, I’d have to take them on and off and I’d always be fiddling with them.

‘We went on a family holiday in January and for the first time I was able to join in all the sports and enjoy the pool because I didn’t need to take my hearing aids out.

‘I can also listen to music using headphones, which is something I’ve never been able to do before.’

Lauren’s mother, Denise, said: ‘The minute it was switched on, I spoke and she lifted her head and had the biggest smile on her face.

‘Watching her blossom and her confidence grow has been extraordinary.’

Nine NHS centres carry out the procedure, including hospitals in Oxford, Cambridge, Manchester, Sheffield and London.

Do some people have a higher pain threshold than others?

There are two key terms here: pain tolerance, which is the ability to withstand high levels of pain, and pain threshold, which refers to the degree of physical stimulus required to generate the sensation of pain.

Medicines can alter our pain threshold by interfering with the way the nerves operate. But it is impossible to achieve this through the power of the mind. Pain tolerance, on the other hand, is greatly affected by mental state.

Studies have shown that men have higher pain tolerance than women and that tolerance is higher if they are in company. This might be due to a desire to appear strong, which may have evolutionary advantages. 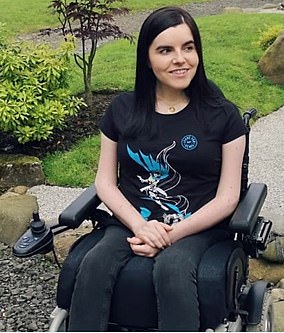 Emma Muldoon (pictured) was diagnosed with muscular dystrophy as a child

Emma Muldoon, 33, a disability campaigner who lives with her partner Allan and cat Milo in Scotland.

Diagnosed with muscle-wasting condition muscular dystrophy as a child, Emma is wheelchair-bound and loves to travel. Her blog is packed with reviews and tips on travelling with a disability as she hopes to encourage others to get out and make new discoveries.