DEBORAH ROSS: The Watership rabbits have got me in a stew

DEBORAH ROSS: The Watership rabbits have got me in a stew

Inside The Christmas Factory

Watership Down, and to traumatise or not to traumatise, that is the question. The first adaptation of Richard Adams’s book was the 1978 animated film that scared the bejesus out of children everywhere. Channel 5 showed it on Easter Sunday a few years back and was inundated with complaints from parents who imagined their kids would now grow up to be bunny-haters or bunny-murderers or bunny-phobic. Or something. This adaptation promised to be tamer, less terrifying, and it is and that’s fine. I don’t know about you, but I can do without bunnies screaming as they’re picked off by birds. But it would have to satisfy elsewhere, and judging from the first double episode (it concludes tonight with a further double episode), this is too leaden and muddled and poorly animated for that. 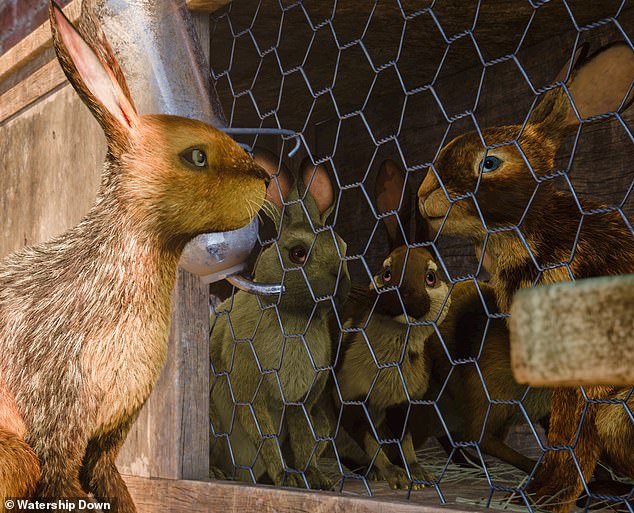 Hazel in Watership Down. This is essentially a journey/quest narrative as the rabbits set out to find a new home while facing many perils along the way

I confess I haven’t much thought of Watership Down since the book was first published in 1972, but all the names came instantly flooding back: Hazel, Fiver, Blackberry, Dandelion, Strawberry, Bigwig, Holly, Cowslip (but no Pipkin this time out, strangely). Some would say it was never fine literature. The daughter of the critic Clive James remembers he refused to continue reading it to her when she was a child on the grounds that the writing was ‘too awful’.

But it was fine storytelling. It was much darker and weirder (the field of blood!) than anyone thought a story about rabbits could be – I don’t recall Miffy ever getting trapped in a snare, for example – but it was also involving and tense, impossible to put down. True story: my school friend Claire was knocked over by a taxi on Finchley Road because she was reading it as she walked along and stepped into traffic. We’re still in touch and she says: ‘I was only bruised but my mother was furious and still refers to it as “that bloody book!”’

The plot, if you don’t know, follows a group of rabbits led by their reluctant leader, Hazel (voiced here by James McAvoy), who trusts the apocalyptic visions of his little brother Fiver (Nicholas Hoult). He has foreseen that bad things are about to happen to their warren so they must flee. The story has always carried a strong environmental message, although much else has been read into it down the years, quite like Mary Poppins. (Last I heard, she is a Christlike figure sent to save humanity, which is kind of her.) But this is essentially a journey/quest narrative as the rabbits set out to find a new home while facing many perils along the way. 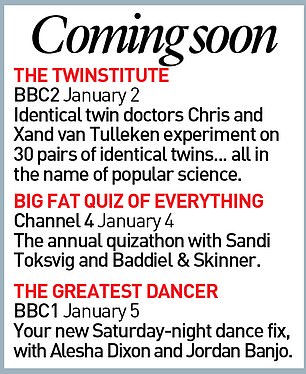 First, the animation, which I was expecting to be Paddington-like, because now you can do that with animation, so why wouldn’t it be? Budget constraints? This certainly seems cheap, plus it’s flat and lifeless. The English countryside, which should be glorious, is bland and static. It’s more Mr Benn than Paddington. Meanwhile, the rabbits aren’t expressive, or  even individually recognisable. Aside from Bigwig who, helpfully, sports a wig-like tuft of hair, I often hadn’t a clue who was who. At one point, half the rabbits were rescuing some lady rabbits from a farm while the other half were trapped in Efrafa, and I was completely confused as to which one was where. The pace is generally plodding. They plod on though the dark, and through the rain, and while this plodding is interspersed with danger, it’s never in a way that builds suspense. And clarity is lacking too. Those rabbits who seemed to worship a gem? What was that about? Neither did this invite us to care. Here, most of the main characters have been ascribed an alienating masculine aggressiveness. Olivia Colman as Strawberry is nice and jolly, but the males all suffer from a macho sameness. I kept thinking: where is timorous Pipkin when you most need him? To break all this up a bit? So not your finest hour, Watership Down, and maybe it won’t be your finest three hours. But we’ll always have the ‘bloody book’. So there’s that.

And now I’ve barely space for Inside The Christmas Factory, which showed us how Quality Street chocolates are manufactured. While this series always makes me uneasy – can the BBC ever say it isn’t just one big advert? – I am always interested in how things are made. The presenter, Gregg Wallace, was as exclamatory and ridiculous as ever – ‘here’s Willy Wonka… except his name is Dave!’ – but the automated processes are fascinating, and here we were introduced to ‘slitters’ and ‘enrobers’ and toffee cooling channels as long as runways. Two questions Gregg forgot to ask, though: who in their right mind ever eats the strawberry ones? And: is everyone compelled to make goblets from the wrappers, or is that just me?

And on that note, Merry Christmas, and I’ll see you on the other side, when I should have enough goblets to fill a cabinet. Always do.