A food delivery driver has complained of a practice called ‘tip-baiting,’ wherein customers include a big tip to encourage fast service and then reduce it after they get their order.

Owen Lindstrom, from Oregon, now works for Uber Eats and previously worked for DoorDash, and explained in a viral TikTok that both services allow customers to change the amount they tip their driver after receiving their food.

And according to Owen, some people use that ability to their advantage — but to drivers’ detriment.

He claimed that some customers will designate a large tip while placing their orders in hopes that drivers will give them especially speedy service, and then change the tip amount o less money soon as the food is delivered. 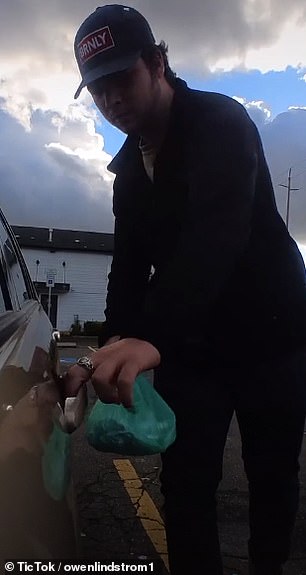 Owen Lindstrom, from Oregon, explained that customers are able to change the amount they tip their driver after receiving their food – and some use it to their advantage 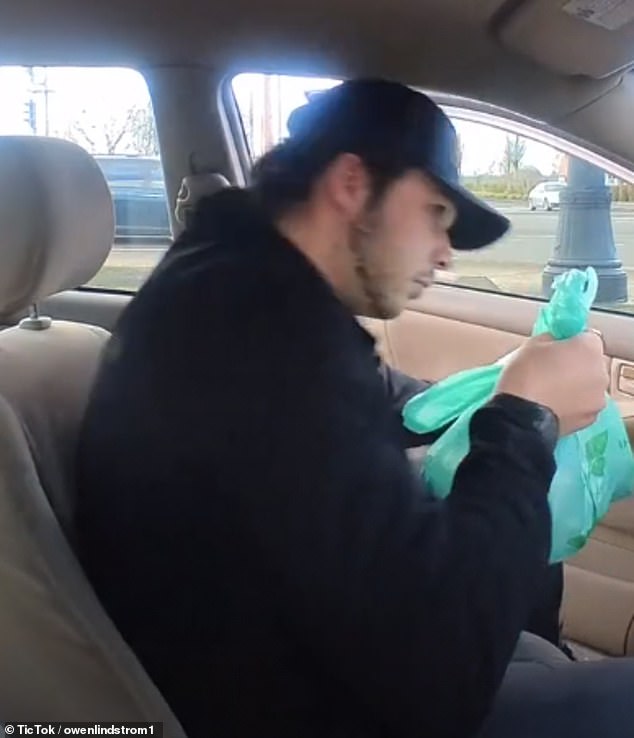 Owen claimed that customers will give a large tip while placing the order so that drivers give them excellent and speedy service, and then lower it after they get the food 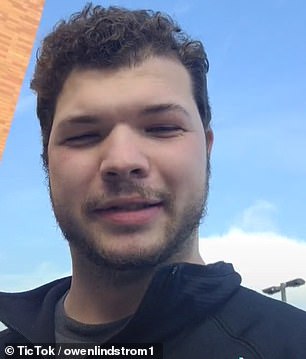 ‘One of the worst things you can encounter as a delivery driver is tip-baiting,’ Own said in the clip.

‘In these food delivery apps, the customer has the opportunity to reduce or increase tips after drop off.

‘Tip-baiting is when a customer offers a large tip to get their food faster and then takes away the tip at the end.

‘While it’s good to protect the customer from having bad service by holding the tip over your head, it leaves a big opportunity to screw over the driver with tip-baiting.

‘Unfortunately, there’s not really anything you can do to fight it because the customer holds all the power.

‘My best advice would be to find an area that doesn’t tip-bait and stick around there.’

Commenters had mixed reactions to the video, with some claiming that it’s not right for customers to change the tip after receiving their food.

However, others said it was necessary and revealed some of their own horror stories that they’ve had with terrible delivery drivers

However, others said it was necessary and revealed some of their own horror stories that they’ve had with bad delivery drivers.

‘It’s frustrating tipping 25-30 per cent and getting horrible service afterwards,’ one person wrote.

Someone else said: ‘I have only twice taken the tip away after the fact. The driver ate half my food and didn’t follow a single instruction, so yeah.’

Some fellow delivery drivers also chimed in and shared their own experiences with tip-baiting, with one writing, ‘I’ve only been baited a couple of times and it sucks when it happens, especially if you go several miles and end up with nothing.’

‘Why would it matter? You should be providing the same service either way,’ someone else fired back.

Other viewers slammed the food delivery industry as a whole and said they should pay their drivers more so that they don’t have to rely heavily on tips to make money.

Some also claimed that tips should be given after the food is delivered so that they could decide how much to give based on how the driver did.

‘Normalize companies paying their employees enough instead of relying on tips,’ one person wrote.

A different user added: ‘You should always tip, but these apps that add a $8 delivery fee encourages people to not tip, it’s ridiculous.’

‘Honestly, you shouldn’t tip someone for something they haven’t done yet it’s like tipping a waitress before they serve you. Why pay upfront?’ another asked.

‘Tipping before hand shouldn’t be a thing anyway. Besides obvious reasons, it gives entitled drivers power over your access to food,’ someone else wrote. ‘Some are greedy.’

Owen has gained popularity on the app after he announced he was going to try to earn $20,000 in just 100 days of being a food delivery driver.

He documented the entire thing, and in the end, he met his goal — making $20,012.12 in 100 days and gaining thousands of followers along the way. 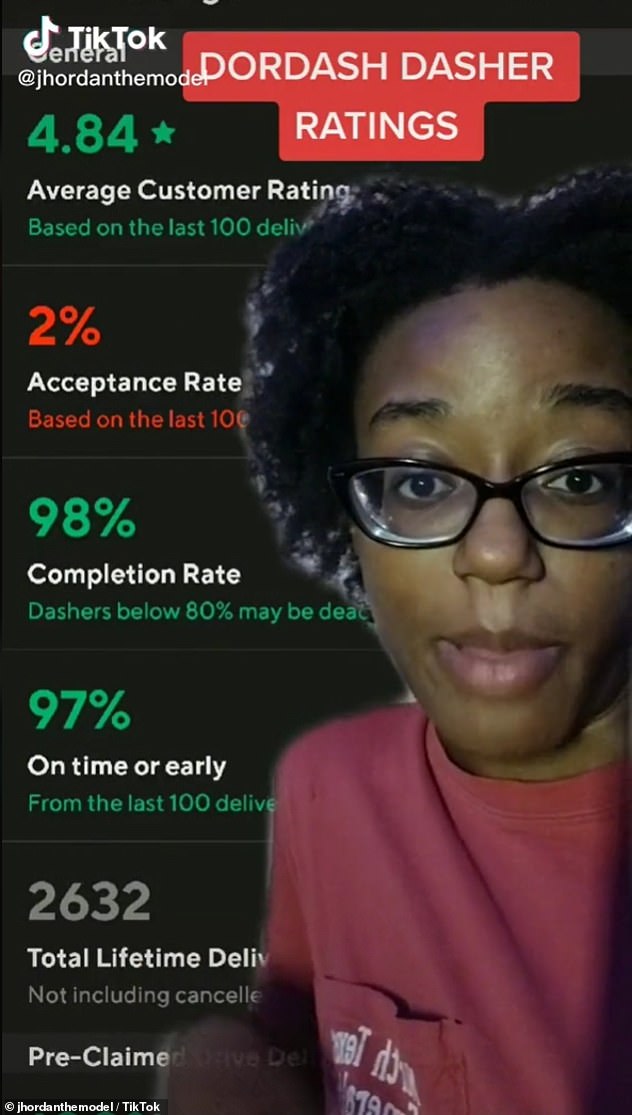 Earlier this month, a DoorDash worker caused an uproar after she claimed that drivers purposefully deliver cold food to you if you don’t give them a good tip on the app 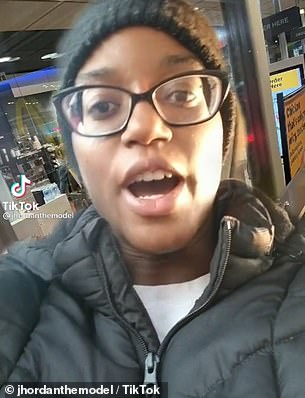 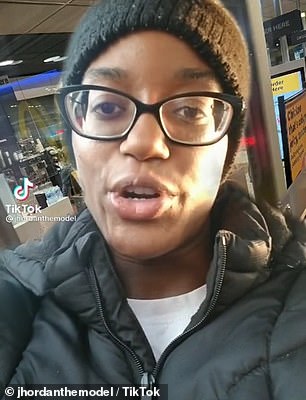 She claimed that orders with no tip will be passed around from driver to driver. This makes your food sit at the restaurant for a while and become cold

Earlier this month, a DoorDash worker caused an uproar after she claimed that drivers purposefully deliver cold food to you if you don’t give them a good tip on the app.

Jhordan, who is based in Texas, alleged in a TikTok video that when DoorDash employees see that a person hasn’t left a big tip on their order, they normally won’t take it.

She claimed that orders with little or no tip will be passed around from driver to driver because nobody wants to pick up a delivery that comes with no tip.

This means that food sits at the restaurant for a while and becomes cold.

She also explained that because DoorDash employees are ‘independent contractors,’ the company ‘legally can’t force them to take orders.’

She said: ‘We don’t work for DoorDash, we are not employees for DoorDash we are independent contractors.

Jhordan revealed that for every order she decides to deliver, she gets paid a base pay of $2.50 from DoorDash, plus whatever the customer tips.

She added that because the base pay is so low, she normally only chooses orders with high tips.