A man who became the first person jailed in Australia for ‘sexting’ women and was called ‘depraved’ by a judge has been charged with assault in the country town he terrorised 20 years ago.

Peter Lewis Sheather, 49, will face court later this month on two charges of assault  at a house in Wagga Wagga which police had previously raided during Sheather’s reign of terrror back in 2001.

Police arrested Shearer at the home in the Wagga suburb of Ashmont earlier this year and charged him with an alleged assault on a woman and another alleged assault occasioning actual bodily harm on a male.

It was at the same house two decades ago that police found thousands of newspaper clippings and hand-written notes with the addresses and telephone numbers of women.

Sheather was jailed in 2002 for using the details to call women who he would keep on the line using threats while he asked them sexually explicit questions.

He was jailed over 100 counts of menacing women and girls as young as 16 who Wagga Local Court was told suffered nightmares following Sheather’s intimidating telephone calls.

In Sydney in 2014, Sheather pleaded guilty to sending women text messages on his iPhone suggesting lewd acts and accompanied with images or video of men’s body parts. 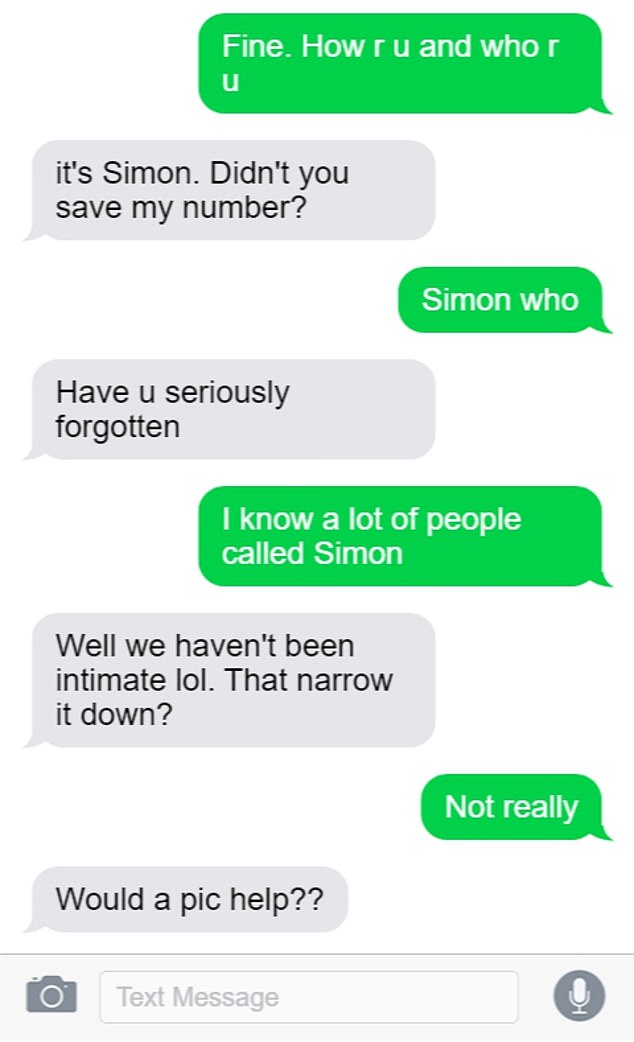 The women were clients of companies Sheather worked for as a pool cleaner and maintenance man to Sydney’s eastern suburbs and North Shore.

He pleaded guilty and was jailed as Australia’s first convicted ‘sexter’.

Sheather used women clients’ mobile numbers plus personal details about them and their backyard pools in text messages on a secret iPhone account he had obtained under a false name.

He texted one woman victim a message at 7.03am with ‘a picture of a male standing naked with a semi-erect penis’.

The head and face of the man could not be seen in the photo. Sheather’s accompanying message used the woman’s actual name and read, ‘Shower time. Wanna join me honey?’

He sent the photo to another woman and then texted her using her name and writing, ‘I’d love to f*** you in your pool’.

He later texted the same photograph and suggestion to a third victim, following up with another message calling her by name and saying, ‘Hey sexy. How’s your week honey?’

On the evening of that day he sent a message to victim four, using her name and saying, ‘I’d love to f*** u in your pool … Nicole’.

Another woman became unwittingly involved in a text ‘conversation’ with Sheather after he sent her a message saying, ‘Hey sexy Liz. How’s u?’ 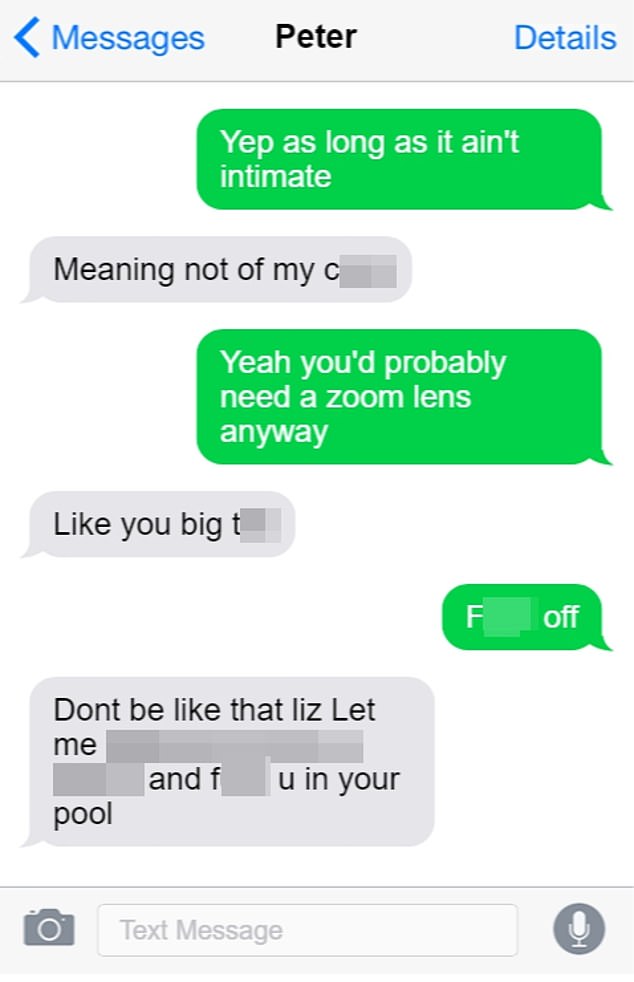 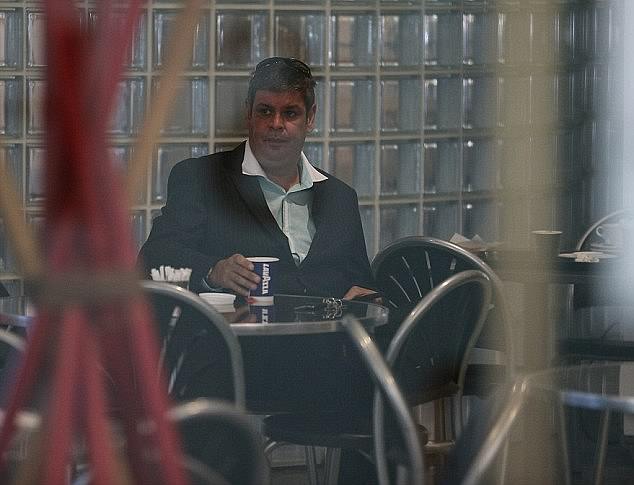 Sheather, now aged 49, moved from Wagga to Sydney after his prison release and began terrorising women pool owners in  exclusive suburbs who he sent obscene images

The texts went back and forth for almost three hours until Sheather suggested he sent a photograph, mentioned his ‘c***’ and her ‘big t***’ and suggested she let him ‘f*** u in your pool’.

The same evening Sheather texted his seventh victim saying, ‘Hey sexy gal. How’s your week been? Did you work today or lazed at home.’

When the woman did not answer, Sheather sent her a 15-second long video which police say ‘depicted an erect penis being masturbated and ejaculating’ with a message saying, ‘Nicky McSticky?’.

The last victim Sheather texted before his 2014 arrest received a message from him saying, ‘I’d love to take to [sic] downstairs and f*** your brains out in your pool while you look over the harbour’.

Sheather had also sent sexually explicit messages to a woman he had met on the dating website Plenty of Fish, introducing himself as ‘Rick Smithe’. 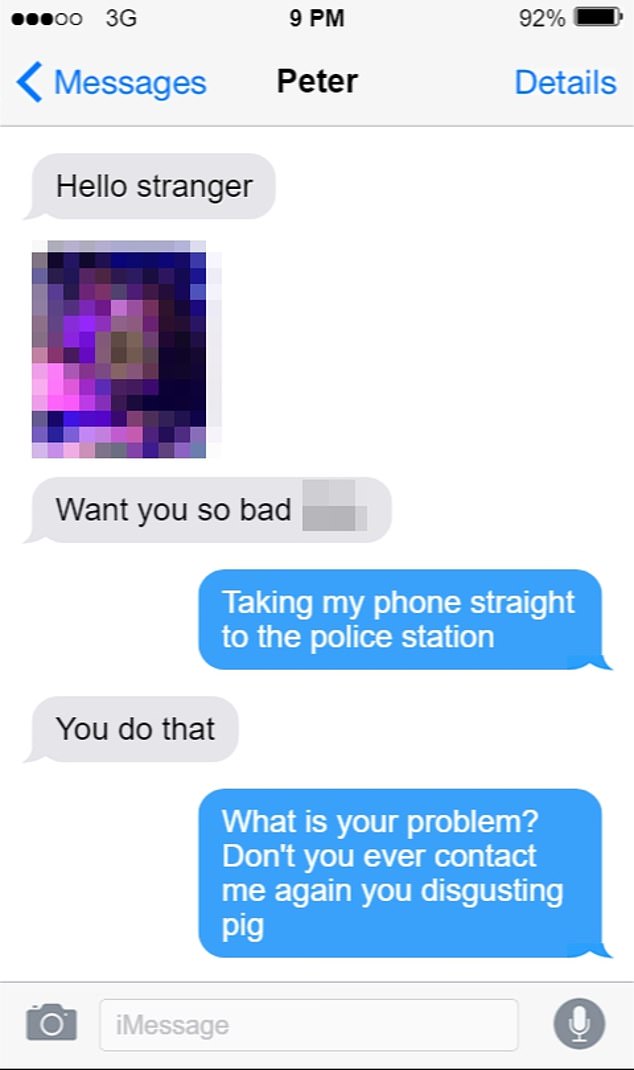 The friendship ceased a month later after, police say, Sheather sent the woman, ‘a multimedia text message … containing a photo of a penis ejaculating’.

He contacted her again in 2013, to try and arrange a meeting but she refused saying she ‘did not feel comfortable’.

When he texted her again, saying ‘Want you so bad’ accompanied by a video she did not look at, she texted him back saying, ‘Taking my phone straight to the police station’.

When police subsequently arrested him and searched his apartment they seized his laptop, but were told he had smashed the iPhone 5 with a hammer and thrown it in a bin.

Sentencing magistrate Roger Prowse jailed him for a maximum of three years, saying ‘if you had to look up the word depraved, you would find an entry: Peter Sheather’.

Judge Prowse said Sheather had a ‘hideous’ record of offending.

Sheather later appealed his sentence in the District Court which shaved 16 months off it, saying the offender had been mistakenly handed down a total jail term which was more than what was available to the Local Court.

Sheather was previously jailed for 18 months in 2002 less than seven months after he was released from prison after serving a term for similar offences committed in 2001.

Police facts tendered to the Wagga court said Sheather had made thousands of calls from a pre-paid mobile telephone over a six-week period leading up to his arrest in September, 2002.

At that time, Sheather applied to have his charges to be dismissed under the Mental Health Act, but was denied.

Magistrate Phil Moon said he had no doubt Sheather’s victims would have been terrified by his actions.

A psychiatric report tendered to the court suggested Sheather had a compulsive sexual disorder which required ongoing treatment.

Sheather’s two alleged assault charges are set down for a hearing in the Wagga Local Court later this month. 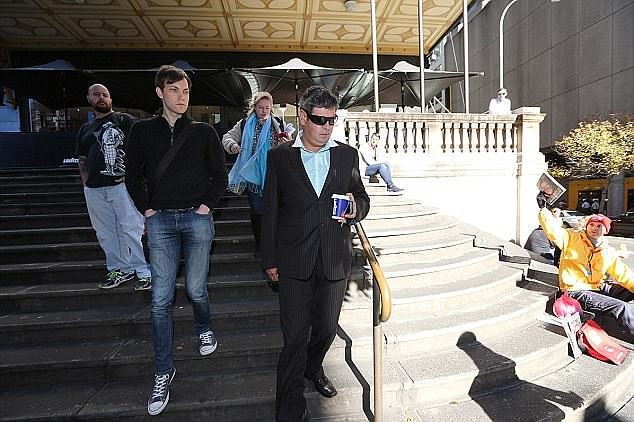 A judge said when sentencing Sheather (above, holding coffee cup) that ‘if you had to look up the word depraved, you would find an entry: Peter Sheather’