Chelsea stars came across a familiar face at their Cobham training base this week, after club legend and former manager Roberto Di Matteo stopped by.

The Italian paid a visit to watch the training session of his compatriot Maurizio Sarri, who took over at the helm following the departure of Antonio Conte this summer.

Di Matteo was reunited with a number of the stars who played under his leadership during the legendary 2011-12 season, in which Chelsea finally got their hands on the Champions League trophy. 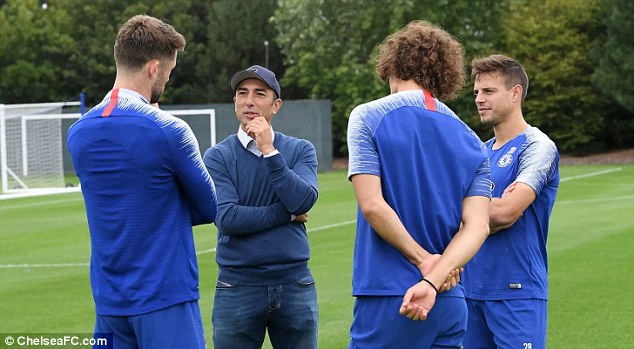 David Luiz and Gary Cahill formed the central defensive core for Di Matteo that lined up in Munich on that famous night.

Chelsea beat Bayern upon their home turf, battling through extra time to claim victory on penalties.

Luiz and Cahill stopped to chat with their former manager and posed for pictures with Di Matteo during the session.

So too did Cesar Azpilicueta, who also played under the Italian after signing the summer following the Champions League heroics.

The Italian rule still exists at Stamford Bridge, with Sarri now tasked with beginning a new era of success for the Blues. 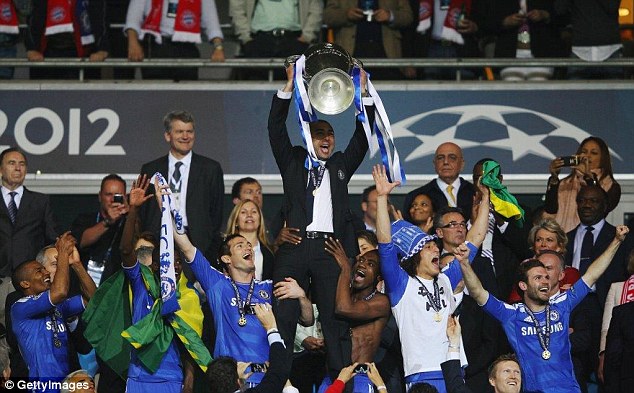 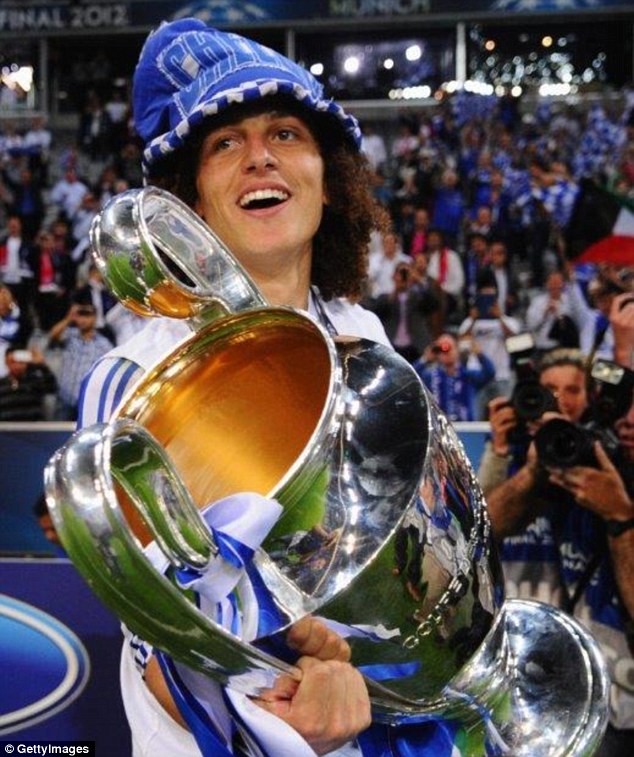 Sarri has made plenty of changes since his arrival, with his most recent being the introduction of late-starting training sessions to allow players to spend some quality time with their families during mornings.

Sarri has moved quickly to become a popular figure at Cobham following the strict but successful regime of former manager Conte.

The relaxed approach appears to be making a difference at Stamford Bridge following a perfect start to the new Premier League season.

Chelsea have picked up a maximum six points from their opening two games after beating Huddersfield and Arsenal.

The Blues face a tricky test against Newcastle at St James’ Park next before coming up against Bournemouth at home the weekend after.