A comic writer who uses mobility aids since a 2014 car accident left her disabled is speaking out after she says a Cincinnati Airport worker called the cops when her driver briefly pulled up in a no-parking zone to pick her up.

Tee Franklin, who describes herself as a ‘queer, disabled, black woman comic writer,’ posted footage of part of the confrontation on Twitter.

It shows a maintenance worker approach Franklin’s limo driver, who had parked the car in a restricted area.

According to Franklin, the maintenance worker called the police when she noticed where the vehicle was parked. 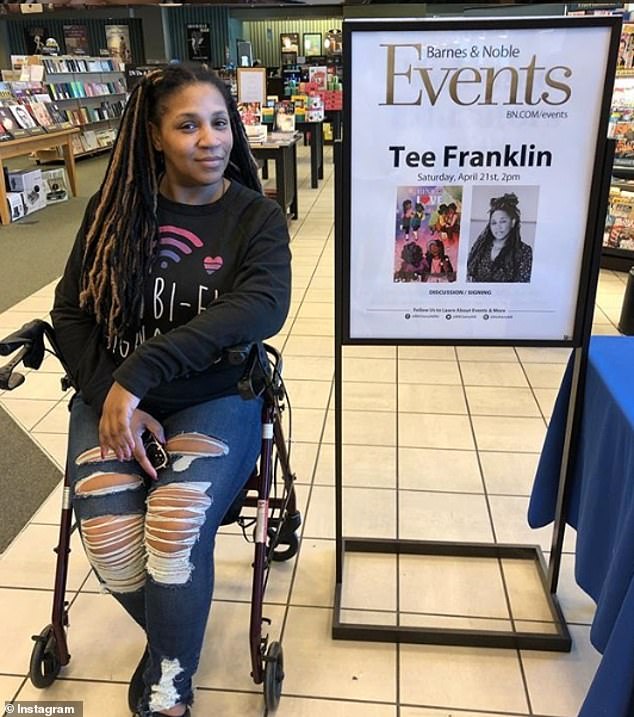 In 2014, she was in a car accident that rendered her disabled and in need of a mobility aid

‘Imagine the limo driver assigned to pick you up gets the cops called on him bc he parked BRIEFLY in a spot not a parking spot so it can be accessible for you. I just…’ Franklin wrote on Twitter.

She then added: ‘Welcome to Cincinnati?!?!’

Franklin’s Twitter page indicates that she was in southwestern Ohio to attend the Cincinnati Comic Expo, which is scheduled to start on Friday.

‘This is wild. This is unbelievable,’ Franklin says in the video after whipping out her cell phone and recording.

‘All he was doing was just backing up to put the thing in there and that was it,’ she tells the attendant. 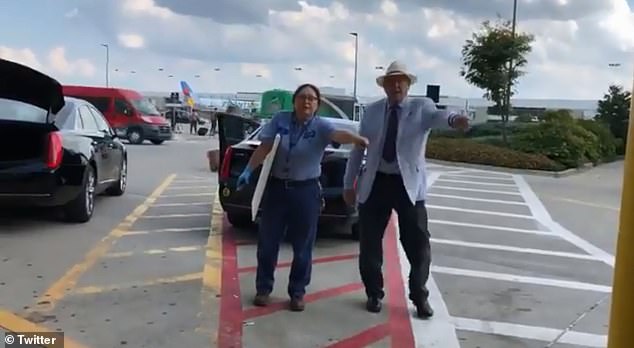 The driver was picking up Tee Franklin, a popular comic writer, who needs a mobility aid due to her being disabled 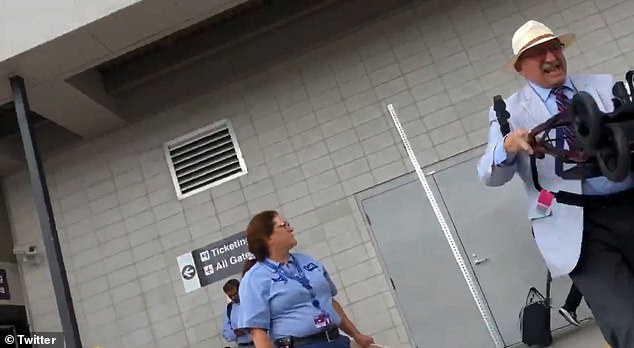 ‘Imagine the limo driver assigned to pick you up gets the cops called on him bc he parked BRIEFLY in a spot not a parking spot so it can be accessible for you,’ Franklin tweeted. The limo driver is seen right putting

‘You’re really making a mountain out of a molehill.

‘You’re being extra for no reason. None. At all.’

Franklin gets into her car and drives off without incident. The police are not seen in the clip.

DailyMail.com reached out to Cincinnati/Northern Kentucky International Airport for comment.

Last year, Franklin left a BookCon panel in New York City because she accused the event of failing to accommodate her mobility scooter.

Franklin was upset when a panel on which she was scheduled to appear at the event in the Javits Center did not provide a ramp for her scooter. 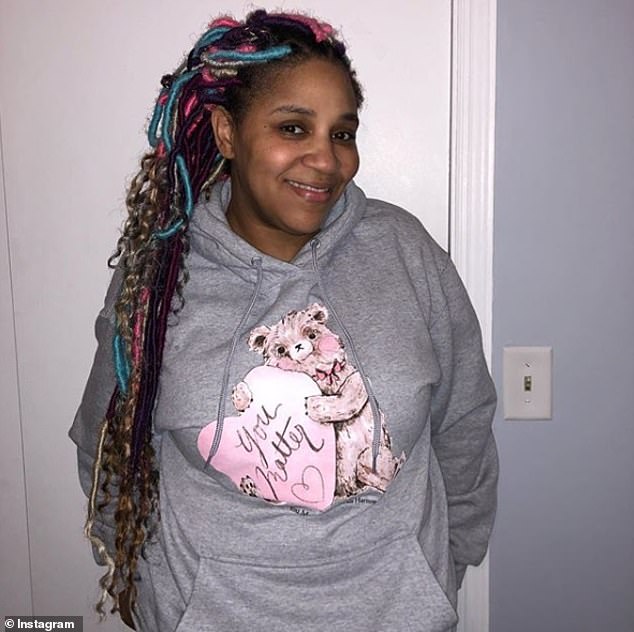