Dr Almas Ahmed, 32, says she has spent the last decade designing a chemical which can be used in cosmetics to protect wearers from acid burns.

She claims the compound known as ‘Acarrier’ has been developed so it will not react with any corrosive substances like acid.

It is currently being put into in a foundation cream but Dr Ahmed is hoping to develop a moisturiser and sun cream in the near future.

Dr Ahmed is ambitious for her product, which is liquid-proof and can withstand heat up to 400°C and one day hopes to make a stab-proof moisturiser.

Dr Almas Ahmed says she has created a compound which is liquid-proof, does not react with acid, and can withstand heat up to 400°C, which she wants to include in make-up and skin creams to protect people from acid attacks

Dr Ahmed, from Bradford in West Yorkshire, was inspired to develop the compound when she first learnt about Katie Piper’s ordeal in 2008.

The TV personality suffered severe burns after having acid thrown in her face at the command of her ex-boyfriend, who is still in prison for the crime although the attacker has been freed.

Dr Ahmed has invested £60,000 of her own money developing it and hopes it will soon be approved by UK medicine regulators and be available to women worldwide.

She said: ‘The idea first came about when I was in university and heard about Katie Piper on the news.

‘It was really heartbreaking and I remember discussing it with my sister.

‘She was aware that it’s actually quite a problem in Asian countries, she told me more about it, so I started developing this product.

‘You can’t burn it and it won’t burn through either.’ 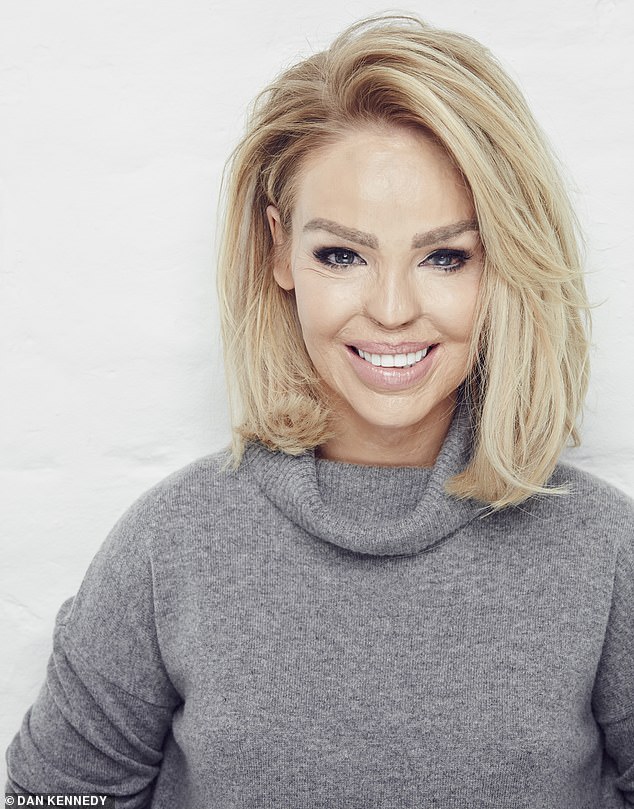 The foundation is made up of very strong bonds which make the structure impenetrable. It is also waterproof to any liquid that comes into contact with it.

The make-up also has a high heat resistance so it can’t be melted by temperatures up to 400°C.

Acid attacks are when someone throws a corrosive liquid onto another person, and the chemical causes their skin to burn.

It can be extremely painful and cause permanent disfigurement and scarring.

After medical school, Dr Ahmed started her career as a research physician in neurosurgery.

She then spent four years in medical research, working on over 45 clinical trials.

Dr Ahmed now works on a freelance basis as a chief investigating officer at Discogel, a company producing gel prostheses for spinal discs.

But she has designed Acarrier outside of work and hopes to continue to work on protective cosmetic products.

Dr Ahmed said: ‘I hope with this product acid burns and normal burns will become a thing of the past. 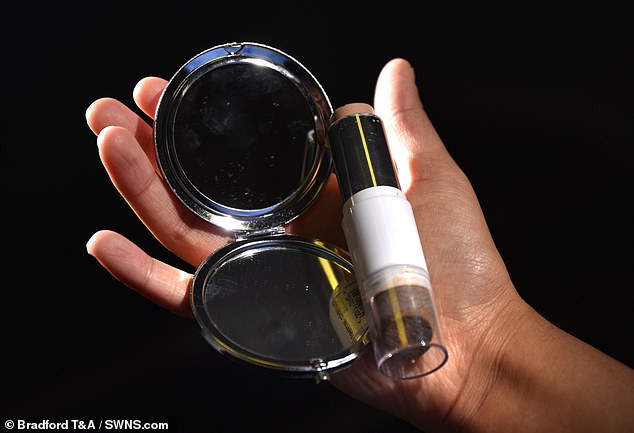 Dr Ahmed says her compound works by being made of molecules with extremely strong bonds between them, and says she one day hopes to invented a moisturiser which could be made stab-proof based on the same principles

WHAT SHOULD YOU DO IN THE EVENT OF AN ACID ATTACK?

Burns caused by acid and other chemicals can be very serious – always call 999 if someone has been attacked with chemicals.

After calling an ambulance, the best way to help is to try to remove as much of the chemical as possible.

Wash the substance from the skin using clean water, but do not rub or wipe the water, or allow it to pool on the body.

Take off any clothes which have the chemical on them – if possible, avoid taking clothes off over someone’s head in case you spread the acid in the process. Cut clothes off if necessary.

Be careful not to touch the chemical or anything contaminated by it because this could spread it on the victim or the person helping.

Continue to rinse the affected area with water and follow any other advice from emergency call handlers until paramedics arrive.

‘As well as deliberate damage it can also help accidental incidents. If you spill your tea you won’t burn your chin.

‘It will stay on while swimming and protect you from the sun so it’s really multi-purpose.’

The product is currently being tested in India and the next step is getting approval from the UK’s Medicines and Healthcare products Regulatory Agency.

Dr Ahmed says formulating the product has consumed her life and she has ploughed a huge amount of her own money into it.

She said: ‘It feels good getting it to this stage, but it’s unfortunate in society it has become more of a problem.

‘I never thought we would have this issue in England.

‘It’s kind of bittersweet because I do want it to work and help people, but I didn’t want our society to live like this and have this fear.’

She said she chose make-up as it’s a ‘normal’ part of life.

Dr Ahmed also has ambitious plans to create a ‘body armour’ moisturiser which she says could be made stab-proof.

Speaking about the acid-proof make-up, Dr Ahmed added: ‘There is nothing else like this, other than wearing a helmet.

‘Unfortunately, because of the way society has changed, we can’t stop living our lives.

‘We can’t live in fear either and hopefully people will wear this and feel empowered and safe to go out.’

She is now raising money to be used in the final stages of testing and getting the product regulated, and also hopes to help acid attack victims in their recovery.