COVIDSafe DOES work: Top doctor reveals how controversial app has helped track down hundreds of people in Sydney linked to coronavirus cases

‘That involved some 544 contacts in the west of Sydney, being identified through the app,’ he said.

‘And of those, two of those tested positive in the short space of time afterwards.’ 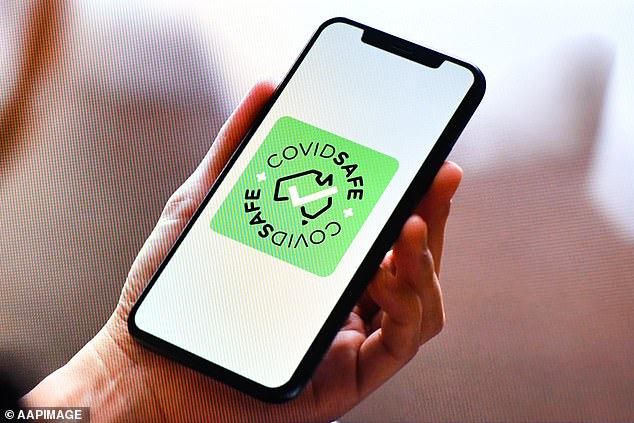 COVIDSafe, which has been downloaded about seven million times, uses Bluetooth to create a digital log of phones in the area.

But Dr Coatsworth said more people needed to downlaod and activate the app.

‘We want that application activated on your phones. If you’ve got an iPhone, an Android, if you’ve downloaded the app, get on right now and activate it,’ he said.

NSW recorded 10 new infections in the 24 hours to 8pm on Saturday, including a healthcare employee in northern Sydney.

The latest victims include two people in their 50s and take the state’s death toll to 210 and the nationwide tally to 295.

Ten of the 17 deaths were linked to aged care outbreaks while more than 2700 confirmed Victorian cases still have no known source. 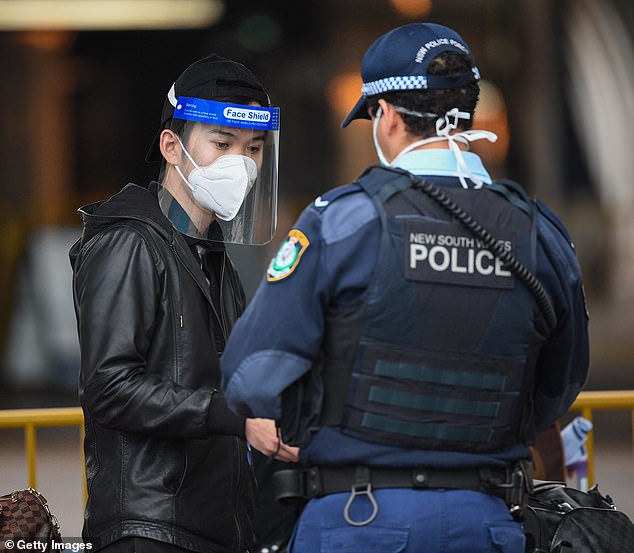 Dr Coatsworth’s comments came as NSW recorded just 10 new infections in the 24 hours to 8pm on Saturday, including a healthcare employee in northern Sydney (an airline passenger pictured being screened by police)

Victorian premier Daniel Andrews said the small number of cases that couldn’t be tracked to their origin were of particular concern.

‘Even large numbers in known contained outbreaks are, to a certain extent, less significant than the smaller number of cases where we simply can’t find the circumstance or the point of origin,’ Mr Andrews told reporters.

Dr Coatsworth said until a vaccine was developed Australia only has ‘two blunt tools’ to tackle the virus, extreme social distancing and stage four restrictions.

‘As we prepare, as we trial vaccines, as we prepare for the possibility of a vaccine, we must at the same time keep our distance,’ he said. 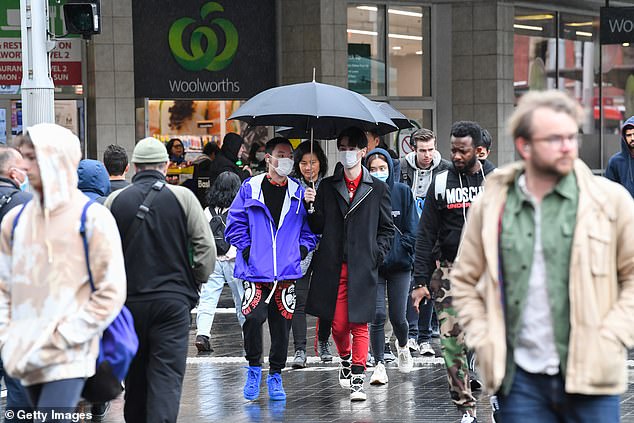 Dr Coatsworth said until a vaccine was developed Australia only has ‘two blunt tools’ to tackle the virus, extreme social distancing and stage four restrictions (people pictured in Sydney’s CBD)