New Year is a time when many of us think about taking charge of our health – but should that include having blood tests to spot if you have a problem before you have any symptoms? Here two doctors offer their very different views.

Some years ago, when I was in my early 30s, my 6ft frame ballooned from its usual 12.5 st to a colossal 19st. Nevertheless, I still thought of myself as healthy.

But around that time, I happened to undergo some blood tests for a television programme I was making. To my astonishment, these showed that my cholesterol levels and blood sugar levels were a cause for concern. My blood pressure was also soaring.

I was on the brink of beginning to do myself some permanent damage. Had I been a couple of decades older my risks of having a heart attack or stroke would have been dangerously high.

I could see in the mirror how my shape was changing. But it was these blood tests that focused my mind on how my weight was impacting on my health.

The test persuaded me to take more control. Over the next three careful years, I lost the extra weight. Having that blood-test information in my own hands was really important in deciding what to do about myself.

One of the current public health problems in the UK is that we simply do not take enough proactive interest in ensuring our long-term wellbeing. But enjoying a good free healthcare system such as our NHS can create a paradoxical problem: when you feel that a massive institution is there to protect your health, it can give you a false sense of security.

Don’t get me wrong, I am a huge fan and staunch supporter of the NHS. I worked in it for ten years.

However, the safety net it offers means that millions of us come to believe that we don’t have to take personal responsibility for our health. Then when we become ill, it can be too late to take preventive action. And this is where our biological data comes in.

We are living in an age of data. However, the medical profession is often stuck in the last century and frequently keeps a monopoly on our health numbers: it doesn’t usually give blood results to patients, for instance. 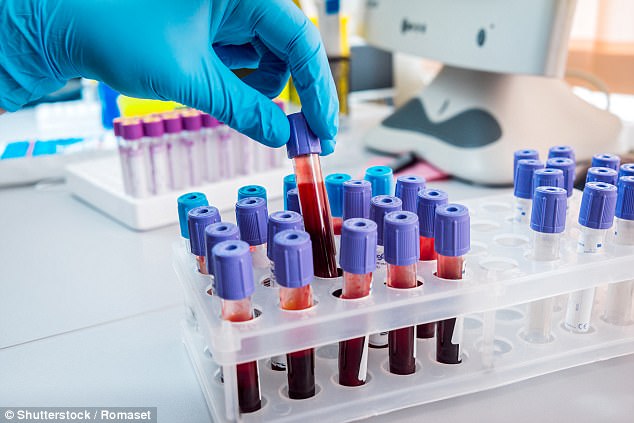 ‘I got blood tests for a television programme I was making. They showed that my cholesterol levels and blood sugar levels were a cause for concern. My blood pressure was also soaring. I was on the brink of beginning to do myself some permanent damage,’ says Dr Xand Van Tulleken

Most of what changes our risk of being ill is how we live our daily lives — diet, stress levels and exercise. And I believe that having the scientific facts in our hands, about how our bodies are faring, is a much greater motivation for personal change than just being told by a GP to get more exercise. That’s why I’m now working with Werlabs, a company that provides blood tests to identify the early stages of lifestyle disorders such as coronary disease and diabetes.

The tests look at 37 blood markers that cover things such as liver function and blood sugar. Done by a nurse in your own home, you access these results securely online a few days later — and they can reveal problems that may be symptom free for many years.

The Werlabs tests are identical to those you can get on the NHS, performed in the same laboratories to the same standards. But there is no gatekeeper, and no need to justify them according to NHS budgets and guidelines.

These tests will help people engage with taking control of their lifestyle to reduce their risk of illness, not replace their GP.

And they will help people decide when they need to see their GP to get advice and treatment.

The tests can’t detect every health concern but they are a valuable insight. For me they are most useful not just as a once-off snapshot but done regularly as a way to see how your lifestyle is affecting you over time. A small upward or downward trend of blood sugar or cholesterol is very valuable information. 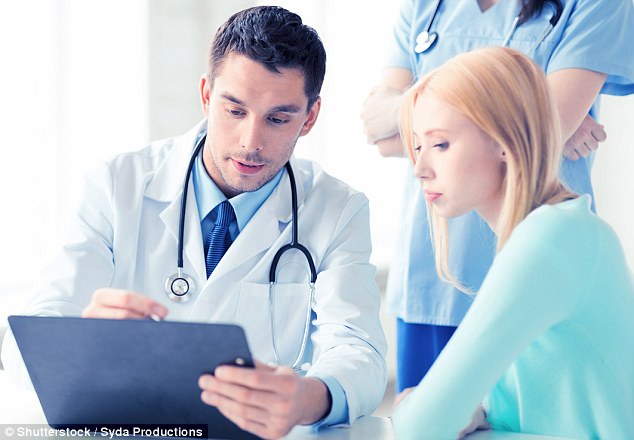 Dr Xand Van Tulleken: ‘The tests can’t detect every health concern but they are a valuable insight. For me they are most useful not just as a once-off snapshot but done regularly as a way to see how your lifestyle is affecting you over time’ (Stock image)

One of my own test results showed my blood-sugar levels over time are a little higher than they should be. Since this test result came through, I have started to do a bit more exercise. Blood tests force me to engage with my health regularly.

Should we worry that these tests will have people heading off to their GPs with borderline results? The NHS is in crisis but it has an obligation to care for everyone. People can measure their health in many ways and seek medical advice based on what they find: their weight, their fitness and now their blood results.

I am certain that this will be valuable for GPs: sending them people who are engaged with their health, who they need to see, occasionally for reassurance but more commonly for things that might have been missed for many years. These are all people who will, in the long term, save the NHS money.

This month Werlabs is offering an XL package, which looks at 37 blood markers, for £99. 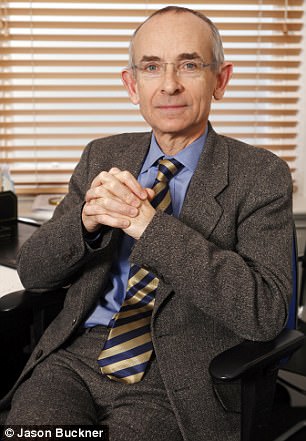 But Dr Martin Scurr doesn’t believe it is necessary

A stitch in time saves nine, so what could be more sensible, one would think, than to take a blood test that picks up early signs of a problem before any symptoms?

So I can see the appeal of paying for ‘comprehensive’ blood tests.

Another argument in their favour is that screening can act as a stimulus to help people make worthwhile lifestyle changes when they see the test results.

As health professionals we know that most people don’t respond to advice about their health.

It may be that a set of blood tests is the nudge that some need, when they see, in black-and-white, a borderline blood sugar level, or abnormalities of liver function.

But the reality with screening is that there is a balance between potential benefit, and the likelihood of real harm.

Harm maybe as simple as anxiety produced by false positive screening tests. Or interpreting the figures — only recently I had to reassure a panicking patient that a slightly low white blood cell count didn’t mean she had a health problem. She’d undergone commercial screening organised by her employer, but there’d been no follow-up after the results.

There can also be harm from the diagnostic investigations following up a positive screening test.

It might not be a surprise to learn obese people don’t feel as satiated by food, releasing fewer satiety hormones than people of normal weight, but now researchers at Switzerland’s University of Basel have discovered why.

They have fewer of the cells that produce the hormones in the gastrointestinal tract compared to people with normal weight, according to the journal Scientific Reports.

I’ve seen a patient with peritonitis (potentially life-threatening inflammation of the abdominal lining) caused by bowel perforation from a colonoscopy after they’d had a health check that suggested slight anaemia.

Let’s remind ourselves, this is harm from testing people who have no symptoms.

And then there is the very real problem of over-diagnosis. We’ve heard much about the over-diagnosis of breast cancer, when tiny abnormalities are found on routine screening, leading to damaging treatment such as surgery and radiotherapy. But if left alone, these abnormalities might never have been revealed, because they weren’t actually a problem.

So screening is not that simple — it needs thought, it must be structured to the risks of that individual. Very careful selection is needed rather than a random bundle of tests, in the hope of picking up something that needs action — the blunderbuss approach.

The blood tests carried out by Werlabs are a simple and I would argue random bundle, revealing, among other things, kidney function, thyroid function, cholesterol, and some vitamin and mineral measurements. Not a universal health screen by any means.

But if the tests aren’t universal, what should be universal, the most important aspect of any general health check, is a conversation with a skilled health professional. This is the way that risk factors for the individual are identified, formulating the roadmap to what tests — if any — are worth doing. It is critical to also carry out a physical examination.

All this provides information that can then be supported by blood tests — the blood tests are a support act.

Companies such as Werlabs offer a doctor’s written analysis of your results — but this is my real bugbear: too often as a GP I have had patients arrive with pages of laboratory results from commercial screening clinics or ‘health hydros’ which have triggered anxieties — and demands for more tests.

The occasions when sinister illness has been revealed are almost non-existent, in my experience in more than 40 years in practice.

Much more common is that patients will say they’ve been told their white blood cell count is ‘slightly low’ — the fact is, your white cell level varies from hour to hour and day to day. So this result is meaningless, if someone is otherwise well.

Given the current pressures on the NHS, there will hardly be one GP out there who will be supportive of these kinds of private health checks as, inevitably, it will add to the workload.

And worse, I come across people who having undergone screening, hear that there are no worrying findings, and then continue with their unhealthy lifestyle, falsely reassured.

In my experience as a GP in private practice, it’s often the ‘worried well’ who have the means to get checked — and who then become all too easily obsessed with having more and more screening.

Much more important than a bundle of blood tests I think are a super healthy diet, taking daily aerobic exercise, being of a low weight, drinking fewer than 14 units of alcohol weekly — all those things that we all know.

Maybe if you’re 20st and a heavy smoker such tests might just set you off in the right direction. But then you’re probably not reading these pages.