A dog found pulling a crate full of her puppies along a Georgia dirt road has been rescued.

McIntosh County Animal Services Director Marianna Hagan told WTOC that a father and son saw the dog and her four puppies on a dirt road in Townsend, Georgia.

The dog was tied to a small, wire crate with a blue belt that had been attached to her collar. The puppies were inside the crate.

The Good Samaritans then brought the dogs to the shelter.

The mama dog (in pink collar) is seen here surrounded by her four puppies. They were rescued when a father and son saw her tied to a crate containing her pups and dragging it down a road 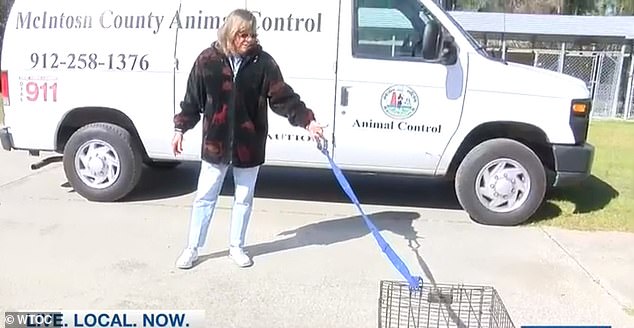 A shelter employee shows the cage, collar and belt contraption that was tied to the mama dog

‘There was barely any room for them to turn around,’ Hagan said of the puppies and added that they were ‘covered with fleas, with ticks and feces. They smelled really, really bad.’

Shelter workers then bathed the dogs, fed them and treated them.

The dogs are now on the road to recovery and show a marked change in their health and behavior.

Video of the dogs filmed on January 22 shows rambunctious puppies, frolicking with each other in the grass on their first day outside since they arrived at the shelter. 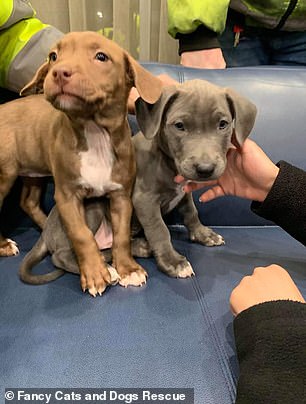 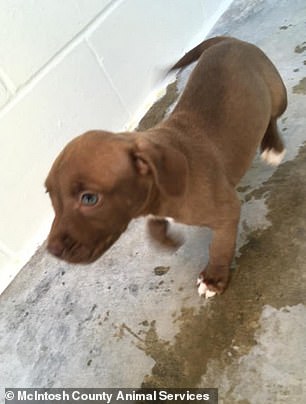 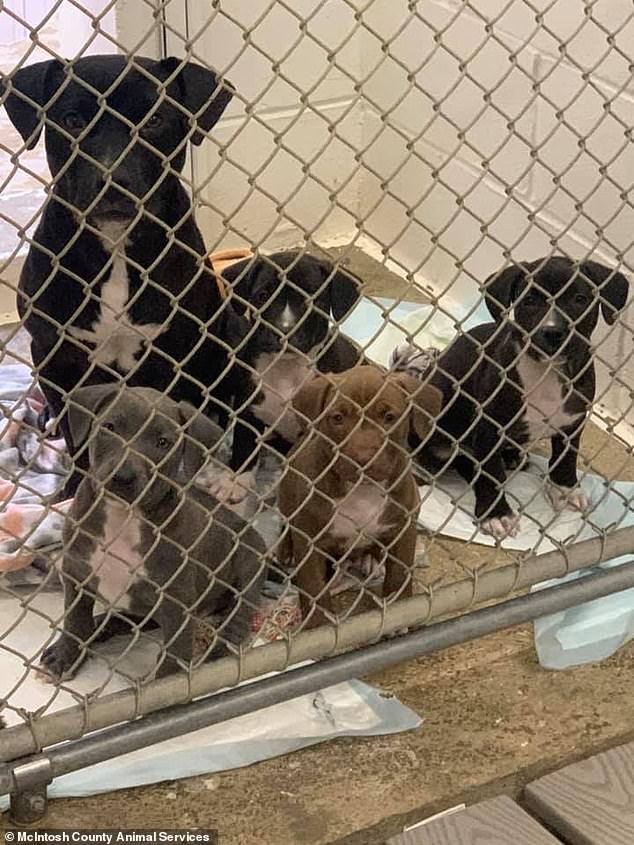 The mama dog is showed here at the Georgia shelter, alongside her four puppies. They have since been transferred to a rescue group in Virginia to assist with their adoptions 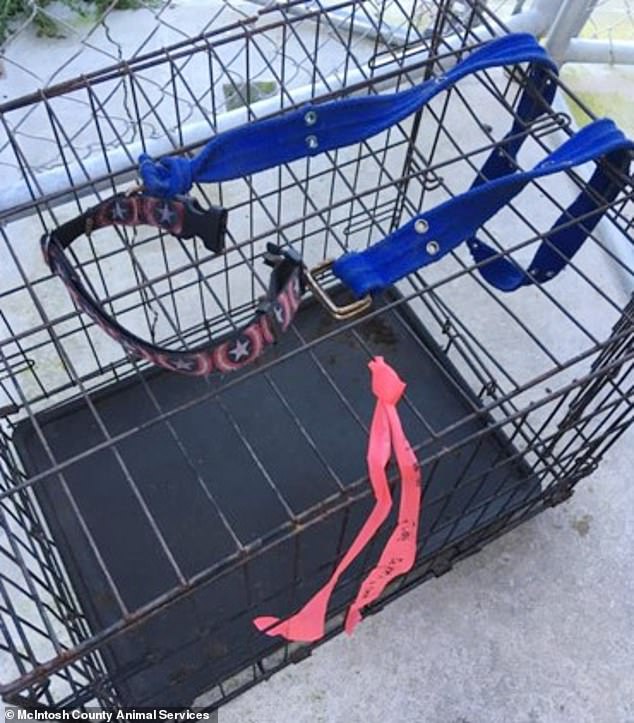 A closeup of the cage, collar and belt that was tied to the mama dog when she was found. Four of her puppies were jammed into this cage

Hagan called the situation a ‘new one’ and that she had ‘never had a dog pulling a crate full of puppies down the road before.’

The dogs were then flown by Pilots N Paws from Georgia to Virginia on Sunday, where they were taken in by rescue group, Fancy Cats & Dogs Rescue Team which will be putting them up for adoption.

The group told Fox 5 that the now seven-week-old puppies will be ready for adoption in about a week. The mama dog will be ready in about three months, due to needing treatment after testing positive for heartworm.

Anyone interested in donating to the medical needs of the dogs while they are at the rescue facility is asked to make a donation through PayPal at info@fancycats.org.

The Fancy Cats & Dogs Rescue Team asks that you put what the donation is for so it will go specifically to this mama dog and puppies.