Dog is miraculously pulled from the water 220KM out to sea

An exhausted dog found paddling 220 kilometres from shore has been rescued by oil rig workers.

The tan-coloured pooch was pulled from the ocean on Friday after he was spotted bobbing between the waves in the Gulf of Thailand.

Vitisak Payalaw, a worker on the rig, has shared the harrowing story on Facebook. 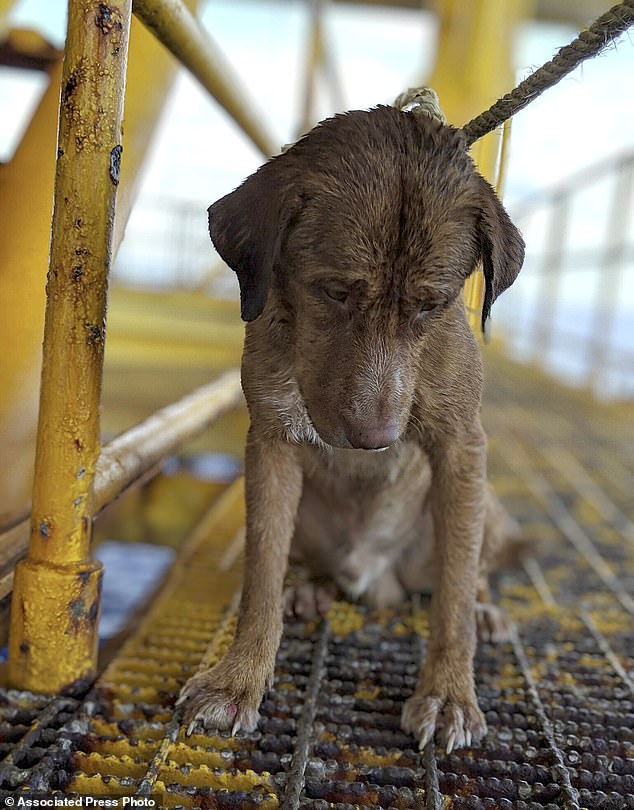 The dog had managed to paddle to the platform, clinging to the support structure below deck without barking or whimpering, Vitisak wrote.

The crew managed to lower a rope and secure it around the dog’s neck and haul him up.

Exactly how the pooch wound up in the water remains unclear.

Vitisak speculated the dog might have fallen off a fishing trawler, and dubbed it ‘Boon Rod,’ or ‘Survivor’.

Boonrod was recovering in Songkhla province under the care of a vet, an animal charity group told AFP Tuesday.

Vitisak told AFP in a message Tuesday he plans to adopt the now-famous canine once he returns to shore at the end of the month. 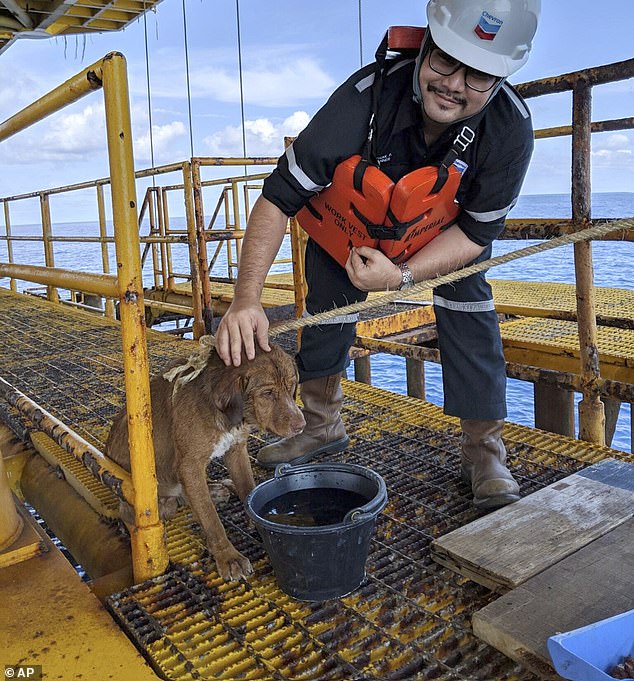 The dog had managed to paddle to the platform, clinging to the support structure below deck without barking or whimpering

Boonrod stayed on the rig for two nights before another vessel picked the pooch up on its way back to shore, arriving at a port in Songkhla province on Monday morning.

In a video posted by animal rights group Watchdog Thailand, Boonrod was welcomed on the shore with a lei of yellow flowers and lots of neck scratches from port workers.

‘Thank you for seeing the value of a little life that floats so far,’ said Facebooker Wanna Wongvorakul.

Boonrod was placed in the care of local charity group Smile Dog House.

‘So far his health is ok… it’s only skin problems that he’s suffering from now,’ a Smile Dog House staff said.