DOMINIC LAWSON: Stoic Brits and proof that the French and Germans are the real sick men of Europe

A lot of us feel a bit grim at this time of year. Put it down to the effects of too much gorging and boozing over the Christmas break, or just the thought of getting back to the early morning commute in the dark and drizzle. But we just get on with it.

That’s not so true of our near neighbours in France and Germany. Compared with the British, the two largest economies in the EU (once we’ve left) are plagued by malingering.

In the UK, the rate of absenteeism on grounds of sickness per employee averages only four days a year. But it is 14 days in France, and in Germany 18 days — roughly four times as much, in other words.

I have — like many Britons — travelled often to France. And been astonished by the vast banks of pills in their local pharmacies, writes DOMINIC LAWSON. Pictured: A pharmacy in France (stock image)

And I simply don’t believe that the Germans and French are four times likelier than we are to become genuinely unwell. It is a difference in attitude, or, to put it another way, in what is thought acceptable.

This is now being exploited by new technology — made clear in a story published a few days ago by The Times, under the headline ‘Sick note website arret maladie.fr leaves bosses feeling queasy’.

According to the report: ‘The site arret maladie.fr, which translates as “sick leave” was launched this week with a promise to help tens of thousands of ailing employees to take time off work.’

The entrepreneur behind the scheme, Can Ansay, has devised a means of delivering sick notes via WhatsApp, connecting doctors to applicants without any face-to-face consultation.

Mr Ansay had already launched his business successfully in his own country of Germany, charging 25 euros for each sick note he’d facilitated.

Very successfully, I should say: according to the paper, ‘Ansay says that 99 per cent of applications for a sick note are approved by the doctors in his scheme in Germany. It is expected that the rate will be similar in France’.

What might make it easier to get such notes is that both these great nations — and especially the Germans — have devised terms for alleged medical conditions which don’t seem to exist in the UK.

For example, at this time of the year, many Germans complain of suffering from Frühjahrsmüdigkeit, which roughly translated means ‘early year tiredness’. But it sounds so much more alarming in the original German.

As does Kreislaufzusammenbruch. This means ‘circulation collapse’ — which would be deadly, if true. But as one report explained: ‘It’s used quite commonly in Germany to mean something like “feeling woozy”, or “I don’t think I can come in to work today”.’

Another impressive-sounding term useful for similar purposes, and divulged to me by a German friend living in the UK, is Wetterfühligkeit, which she translated as ‘weather sensitivity’.

Intrigued, I googled the term and was delivered to the website of the German magazine Apotheken Umschau. It quoted a Dr Christina Koppe, ‘medical meteorologist at the German Weather Service’, who warned: ‘The stronger and faster the weather changes, the greater the impact on sensitive people… the organism is overwhelmed by the new conditions and cannot adapt quickly enough.’

In the UK, if there’s a sudden cold snap, we put on a coat. No one complains of ‘weather sensitivity’ — and so far as I know, our own Met Office doesn’t have a team of doctors. Its employees who present the weather forecast just say ‘wrap up warm’ (which is already more advice than most of us think we need).

Now, here’s the really extraordinary fact, which more than anything else reveals the extent of the German fixation on such matters. Apotheken Umschau, a fortnightly health magazine which few in Britain have ever heard of, has a circulation of around 9 million and an estimated 19 million readers per issue.

Even allowing for the fact that the German population is 25 per cent bigger than ours, this is staggering: by way of contrast, the best-selling magazine on general health matters in the UK, Women’s Health, sells just 125,000 copies per issue.

That London-based German friend also told me: ‘If you watch German commercial television at the peak hours of between 7pm and 9pm, it’s almost wall-to-wall health ads, especially homeopathic stuff, which is just high-price placebos for the worried well. But Germans can’t get enough of it.’

I’ve never spent much time in Germany, so this was revelatory. But I have — like many Britons — travelled often to France. And been astonished by the vast banks of pills in their local pharmacies, the great majority also homeopathic in nature, offering cures for a stupefyingly wide range of conditions most of which probably have never occurred to anyone from this country.

One such prevalent French malady is ‘crise de foie’ — which means ‘liver attack’. Actually, there is a sort of British equivalent: we call it ‘the morning after the night before’. As in France, this is more of a male complaint.

But there is no English version of the affliction about which so many French women complain — ‘les jambes lourdes’. Literally: heavy legs. 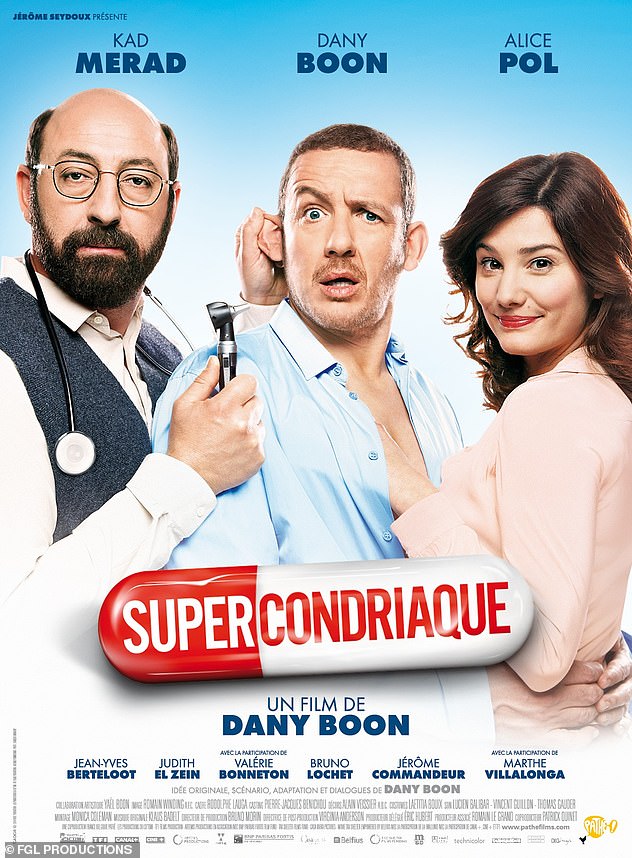 The French flocked to the film Supercondriaque , about a character described as ‘a thoroughly modern Frenchman who refuses to kiss women for fear of catching an illness, panics at the slightest sneeze, and douses himself in antibacterial handwash when he goes out’

An Australian woman living in Paris, Diana Bowman explained on her blog, Turning Parisian: ‘Another ailment which I never knew I had until the French told me about it was les jambes lourdes. In Australia, this is not really a thing.’ Not here, either. But that may be because Australian and British women are less martyrs to high heels than their French sisters.

In fact, it is the French male who is the more hypochondria-prone of the genders. A study released by the French opinion pollsters IFOP revealed that nearly a quarter of French males under the age of 35 ‘fear they are suffering from an illness, even though they have manifested no symptoms’.

This may help to explain why the French spend roughly three times more per capita than the British on pills and potions. And why the French flocked to the film Supercondriaque, about a character described as ‘a thoroughly modern Frenchman who refuses to kiss women for fear of catching an illness, panics at the slightest sneeze, and douses himself in antibacterial handwash when he goes out’.

But the flipside of this difference in national character is that even when genuinely ill, we tend to put up with medical treatment that the French would rightly regard as intolerable.

Some years ago, I spoke to a British ophthalmologist, whose practice, most unusually, was both in Kent and just across the Channel, in Northern France.

He told me: ‘If you go to Lille and tell them they had to wait 18 weeks for eye surgery, they would faint. But here, people will wait 18 months for the same treatment and think we are doing a good job for them.’

Which is to say, the British are prepared to put up with interminable delays in treatment within the NHS, enduring avoidable pain for far longer than French or German patients would even think possible, let alone acceptable.

Or as that German friend put it to me (and she is married to an Englishman): ‘You guys, you just put up with more. You are more stoic.’

She said our national character still reminded her of a photo she had seen of ‘an old couple, during the Blitz, in an underground shelter. They were just sharing a pot of tea, looking completely unconcerned’.

She added that the British still seemed to have — though I am sure this is truer of the older generations — ‘the stiff upper lip’. 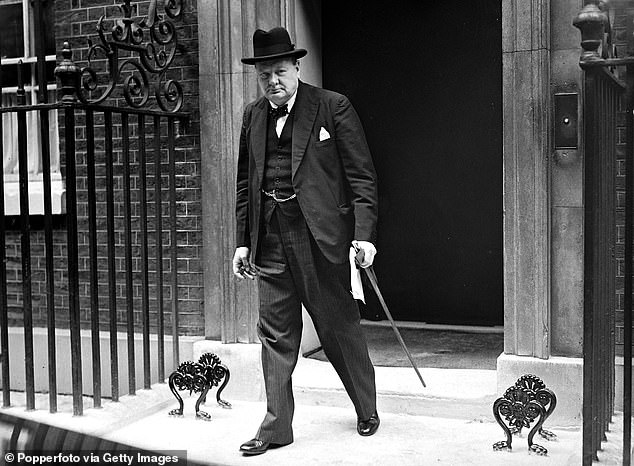 But lest I became too smug, she also said, like that ophthalmic surgeon: ‘You Brits are too patient and even too polite. You put up with c**p, especially within the NHS, that you shouldn’t put up with.’

This national characteristic, to ‘keep buggering on’ (a phrase used so frequently by Winston Churchill that he abbreviated it to ‘KBO’), has always puzzled our neighbours in France and Germany. As it has during the prolonged uncertainties of Brexit — a decision they frequently describe as if it were national suicide.

Yet, last October, when the political chaos and doom-mongering about ‘no-deal Brexit’ was at its peak, the Office for National Statistics produced its annual so-called ‘Happiness Index’: it showed the average ‘happiness’ score recorded by Britons responding to its vast survey was 7.56 out of 10 — actually an improvement on the previous year.

The British spirit of KBO remains alive and well.