Shocking CCTV of a couple who had sex in a Domino’s pizza store shows how they imitated sex acts with a traffic cone before embarking on the real thing.

In 12 minutes of footage from the takeaway, drunken Daniella Hirst and Craig Smith were seen moving from joking with each other, to kissing, then to oral sex, all just yards from staff working away to deal with orders.

The pair now face possible jail terms for outraging public decency over the incident in Scarborough.

The footage of their actions while waiting for a 12inch pepperoni pizza with stuffed crust was shown to a shocked jury at the town’s magistrates court yesterday. 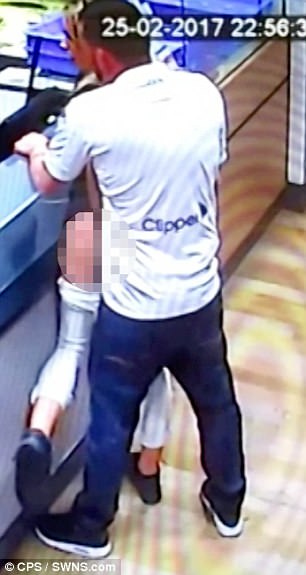 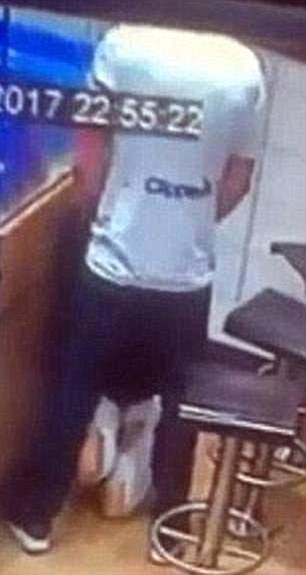 A video showing the couple, pictured, caused a stir after it was published in February 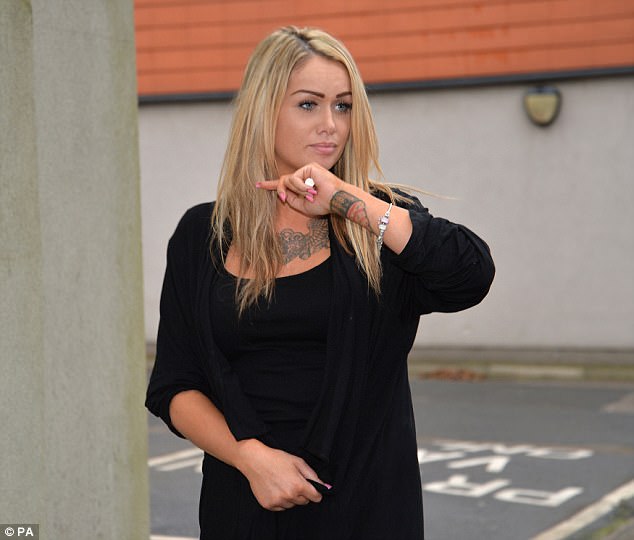 Shame: Hirst, 29, sat at the back of the court with her hands over her eyes through the more explicit parts of the 18-minute video

The video showed the couple ordering food and messing around with a yellow cleaning cone before Hirst performs oral sex on Smith, 31.

The pair then have sex leaning on the counter close to the till.

Staff can be seen working in the kitchen as deliverymen come and go throughout.

Hirst, 29, sat at the back of the court with her hands over her eyes in shame through the more explicit parts of the 18-minute clip.

Hirst pleaded guilty to ‘committing an act outraging public decency by behaving in an indecent manner’.

Smith, who was not in court because he was on remand in prison, was found guilty in his absence.

He was charged with grievous bodily harm with intent and two counts of assault in November 2015 after a fight outside a pub.

The prosecutor said: ‘We view this offence as so serious that it passes the custody threshold.’ 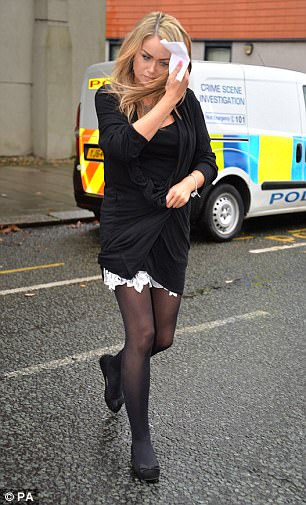 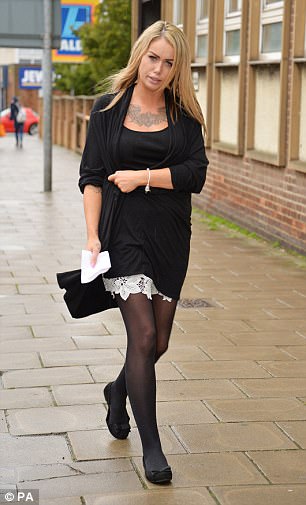 Embarrassed: Daniella Hirst tried to shield her face as she left Scarborough Magistrates Court after being found guilty of outraging public decency 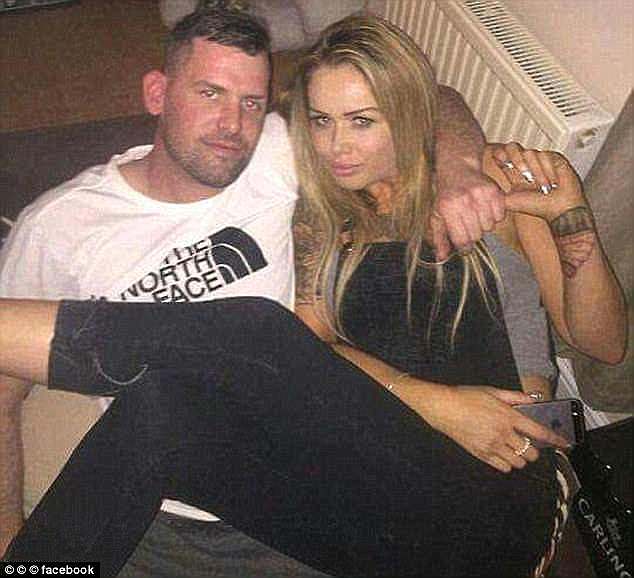 Hirst described her behaviour as ‘horrendous’ and told the court she ‘cringed’ when watching the CCTV footage back during police interview.

As she left the court, having changed out of her pink dungarees, she said she was ‘fuming’.

North Yorkshire Police were made aware of the footage by the local media after it was posted on Twitter by a member of the Domino’s staff.

The couple, from Bridlington, East Yorkshire, had spent the weekend drinking and celebrating Smith’s birthday when they got the train to Scarborough on February 25 2016.

Prosecuting, Neil Holdsworth said: ‘This charge is committing an act outraging public decency by behaving in an indecent manner. 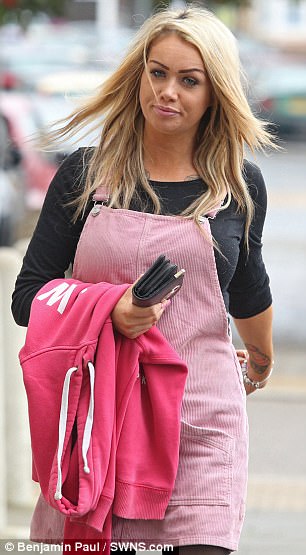 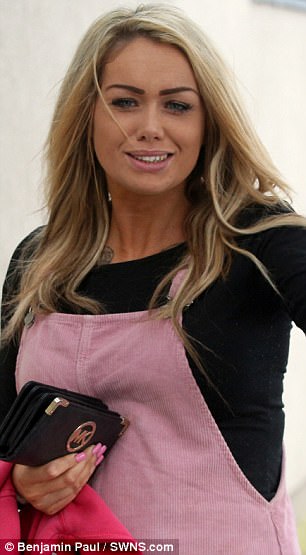 Danielle Hirst (pictured arriving in court yesterday), 28 and Craig Smith, 31, were waiting for their stuffed crust pizza in February when they carried out the unusually public sexual act 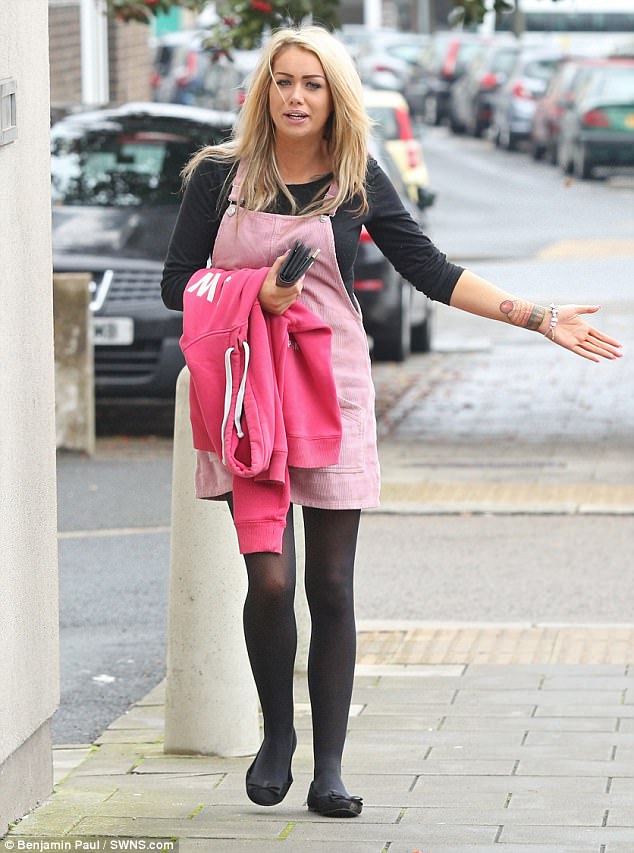 The prosecutor said: ‘There is nothing sinister in relation to the acts themselves, they are quite guarded’

‘This case is about an occasion where the two defendants engaged in sexual activity in a Domino’s pizza outlet which was open to the public, with members of staff present.’

They let exuberant spirits get the better of them

Defending, Scott McLaughlin attempted to have the CCTV footage thrown out but magistrates rejected his request.

In mitigation, he said: ‘This case speaks for itself. Clearly, they were in drink and let their exuberant spirits get the better of them.

‘There is nothing sinister in relation to the acts themselves, they are quite guarded. They have not been brazen in their actions.

He added: ‘Miss Hirst’s dirty laundry has been aired in public.’

Magistrate Angela Beardshall said: ‘The prosecution has not obtained this footage illegally although it may well be it was distributed improperly. 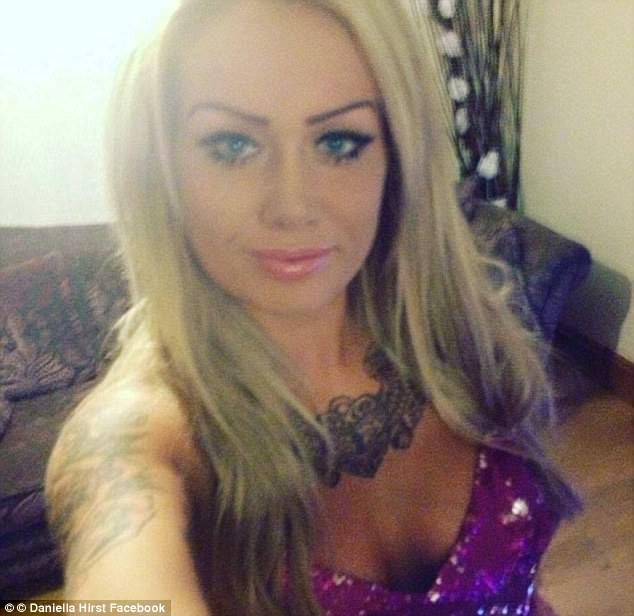 The prosecutor said: ‘We view this offence as so serious that it passes the custody threshold.’ Pictured: Hirst

‘In coming to our decision we do take note Mr Smith has not attended but do deem him present via his solicitor.

‘A great deal of the acts were lude, obscene and disgusting.

‘Members of staff were present and the defendants could not be sure that members of the public would not enter the premises.

‘The offence was in a public place. Members of the public were present and so were staff.

‘Members of the public should not have to put up with this disgusting behaviour.’

Both Hirst and Smith will be sentenced on October 17 at Scarborough Magistrates Court.

Speaking after the video went viral in February, Hirst said: ‘I’m very opened-minded about sex and public places – I love the thrill you may get caught.

‘But obviously I never thought we’d get caught like this and end up all over the internet.’ 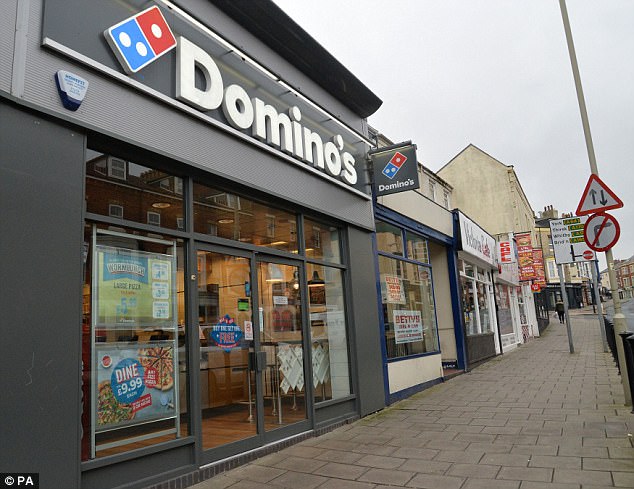 Hirst and Smith, from Bridlington, East Yorkshire, were charged with ‘committing an act outraging public decency by behaving in an indecent manner’ after the pizza shop incident