Donald Trump Jr and Kimberly Guilfoyle are hitching their wagons and heading west next week, where the couple will get to work campaigning for Republican candidates in a handful of hotly contested races.

The dynamic duo hit a bit of a bump in the road though ahead of their trip when the owners of one Montana bar politely informed them that they had no interest in hosting their grand old party.

That move left the pair scrambling to find a second venue, and a number of their fans threatening to boycott the establishment, but all seems to have worked out in the end.

Shut it down: The Midrown Tavern in Bozeman, Montana has backed out of a fundraiser for GOP hopeful Matt Rosendale hosted by Donald Trump Jr and Kimberly Guilfoyle (pair above on Monday) 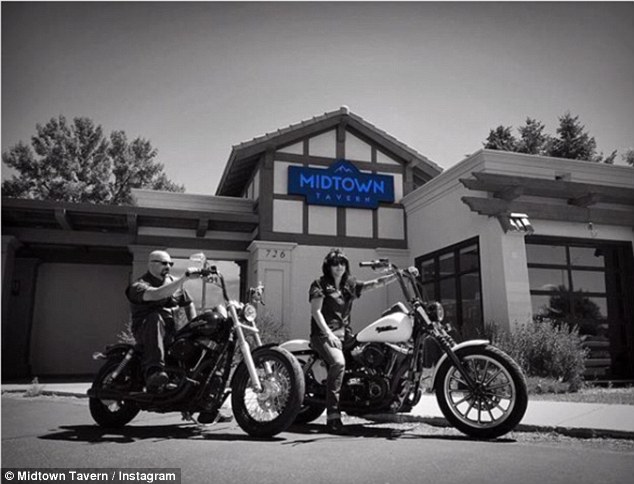 Get going: Owners stated that they did not have enough space and wanted to avoid the tension that would come with hosting the event

Don Jr and Guilfoyle are lending their star power to the campaign of US Senate candidate Matt Rosendale, a Republican who is challenger Democratic incumbent.

That was news however to the venue, who claimed to be left in the dark about the rally.

The owners of Midtown Tavern in Bozeman said that they had no idea the event was a political fundraiser at the time they made the booking and wanted to avoid any sort of gathering that might cause tension.

Owner Josh Palmer said: ‘Midtown Tavern welcomes all patrons to our neighborhood establishment regardless of demographics or affiliations, including political ones. We welcome everyone.

‘We strive to be a good community partner that embraces inclusivity and respect, in addition to providing a safe and friendly environment. We host a wide variety of private events.

‘In the most recent instance, the Rosendale fundraiser increased in size and became significantly larger than what we can host and they elected to choose another venue.’

The Rosendale campaign announced the change of venue on Facebook.

‘Due to unprecedented demand, with HUNDREDS of RSVPs in under 24 hours, the location for next week’s RALLY in Bozeman with Donald Trump Jr. and Kimberly Guilfoyle has changed,l’ read a Facebook post.

‘Come join us at the Gallatin County Fairgrounds as we work together to MAKE AMERICA GREAT AGAIN!!!’ 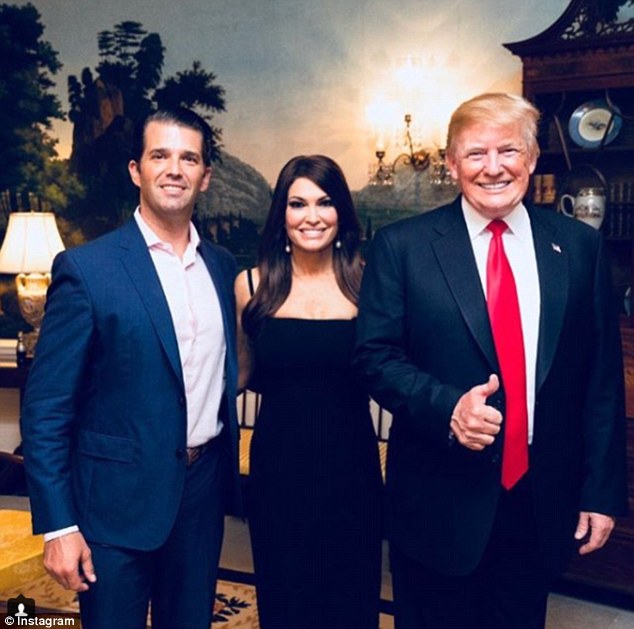 Making moves: This led some Trump supporters to call for a boycott,m but a second venue was quickly secured

This could all be practice for a Don Jr run for office, something both he and Guilfoyle have suggested might be a possibility in the past.

Don Jr. is ‘an incredible outdoorsman,’ the best I ever shot with’ and in no way ‘entitled’ said Guilfoyle over in a Breitbart Radio interview in June.

‘He knows everything about weapons, which I admire, because I’m a big Second Amendment supporter,’ added Guilfoyle, whose ex is trying to put restrictions on the sale of firearms.

‘I don’t like his position on guns at all, that really wasn’t an issue when we were together but he’s really taken a hard stance on that,’ said Guilfoyle of Newsom.

‘Obviously, he’s been very aggressive as it relates to the wall and President Trump and that type of thing.’

Guilfoyle also called her boyfriend ‘the number one up-and-coming political figure on the right,’ and said that he ‘is the base.’

This all seemed to suggest that Donald Jr could very well follow in his father’s footsteps.

‘He has a compelling political voice, he is incredibly bright. I have seen him at these different rallies,’ explained Guilfoyle.

‘He is a person that people can understand, he’s very approachable. He is very relatable with his background and his interests.’

Most importantly, Guilfoyle said, is the fact that Donald Jr is a man of the people.

‘He actually puts the time in and the effort to understand the base, because he is the base,’ said Guilfoyle.

‘He gets out there and actually talks to the real people, the men and women who have been left behind in this country.’