A former doorman at Trump World Tower has released a document he claims reveals details about an affair between President Donald Trump and his former housekeeper which resulted in an illegitimate child, CNN reports.

The doorman, named as Dino Sajudin, reportedly entered into a contract with American Media Inc, the parent company of the National Enquirer, granting them exclusive access.

Signed on November 15 2015 the contract says ‘AMI will not owe Source any compensation if AMI does not publish the Exclusive…’ and reveals if published Sajudin’s story would result in him being paid $30,000.

The document has few details on the story but does state: ‘Source shall provide AMI with information regarding Donald Trump’s illegitimate child…’

However, a later amendment shows he would receive that amount within five days.

Donald Trump, with wife Melania. Trump’s former doorman has confirmed he signed a contract with the National Enquirer owners regarding a possible story about Trump’s relationship with a housekeeper

The contract he had signed meant Sajudin was unable to discuss the story with anyone and if he did he would have been forced to pay AMI $1m.

Marc Held, Sajudin’s attorney, told the news network ‘Mr Sajudin has been unable to discuss the circumstances regarding his deal with American Media Inc. and the story that he sold to them, due to a significant financial penalty.

‘Just recently, AMI released Mr. Sajudin from the terms of his agreement and he is now able to speak about his personal experience with them, as well as his story, which is now known to be one of the ‘catch and kill’ pieces.

‘Mr Sajudin hopes the truth will come out in the very near future.’ 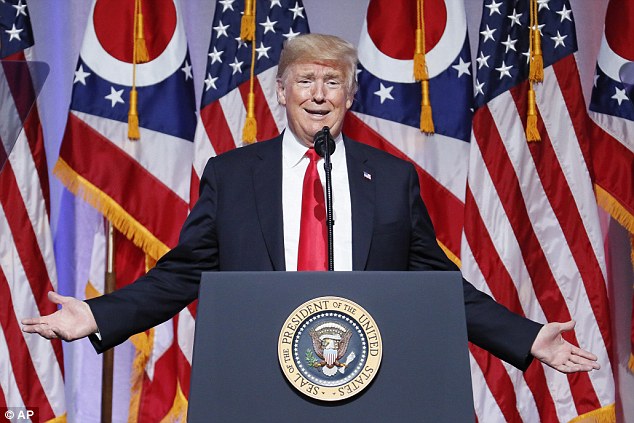