Downcast Donald Jr. heads to work as Cohen testifies against him

Thirsty work: Downcast Don Jr heads to work clutching an energy drink as he and brother Eric blast Michael Cohen hearing as a ‘national disgrace’ and taunt him about going to jail

Donald Trump Jr. was downcast on Wednesday as he ventured to Trump Tower in Manhattan in a fleece after blasting Michael Cohen’s Congressional appearance on Twitter.

Clutching an energy drink and sporting a full beard, Donald Jr. was stony-faced as he entered Trump Tower with a security team.

He was dressed in a khaki fleece and beige slacks with a blue checked button-down shirt hidden beneath his outwear.

At the same time, Michael Cohen, his father’s turn-coat former lawyer, was testifying that he had the ‘worst judgement in the world’, something he claimed he’d heard the president say about his own son.

Cohen told Congress that he was there when Donald Jr. arranged a meeting at Trump Tower with Russian operatives and said he remarked upon it as strange because it was one of the few times he had see him go behind his father’s desk. 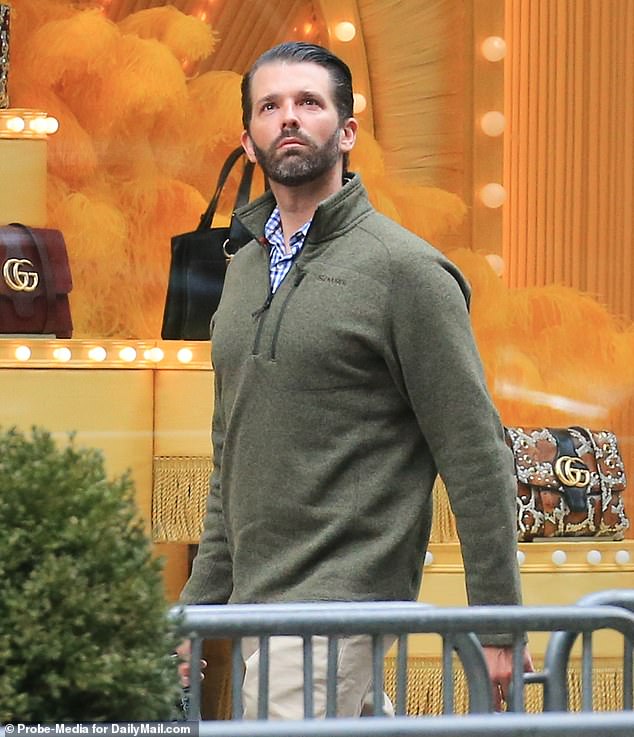 Trump Jr. tweeted throughout the hearing on Wednesday morning 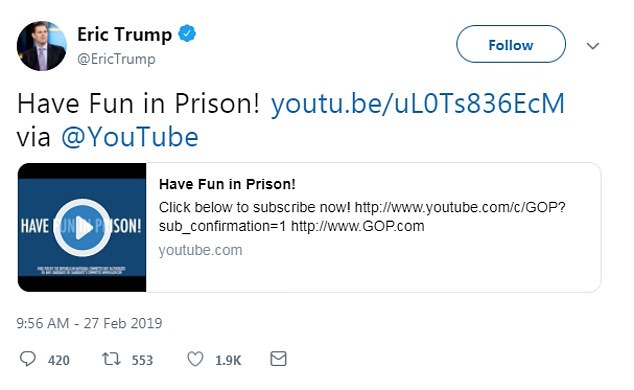 All out assault: Eric Trump also tweeted against Cohen on Wednesday morning

‘Sometime in the summer of 2017, I read all over the media that there had been a meeting in Trump Tower in June 2016 involving Don Jr. and others from the campaign with Russians, including a representative of the Russian government, and a email setting up the meeting with the subject line “Dirt on Hillary Clinton.”

‘Something clicked in my mind. I remember being in the room with Mr. Trump, probably in early June 2016, when something peculiar happened.

‘Don Jr. came into the room and walked behind his father’s desk – which in itself was unusual. People didn’t just walk behind Mr. Trump’s desk to talk to him. 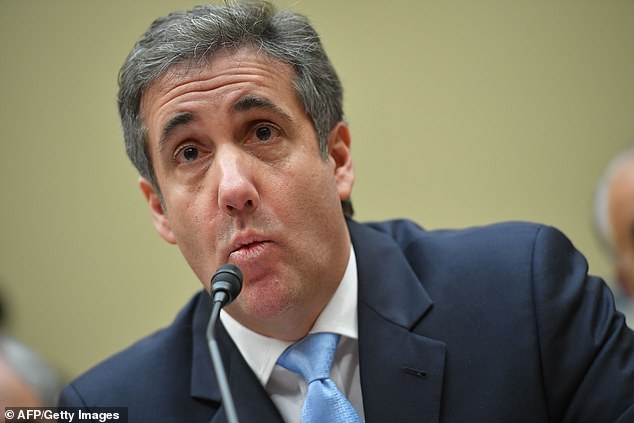 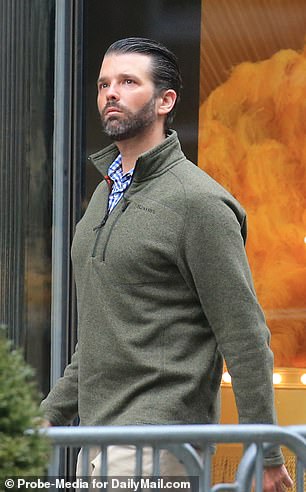 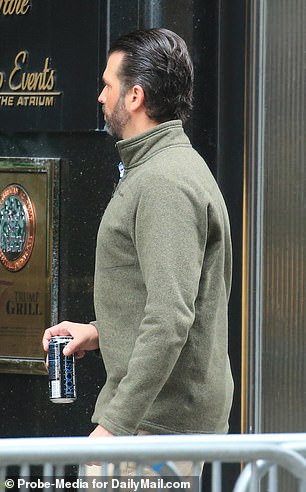 Donald Trump Jr. was carrying a Rockstar energy drink as he made his way into the building 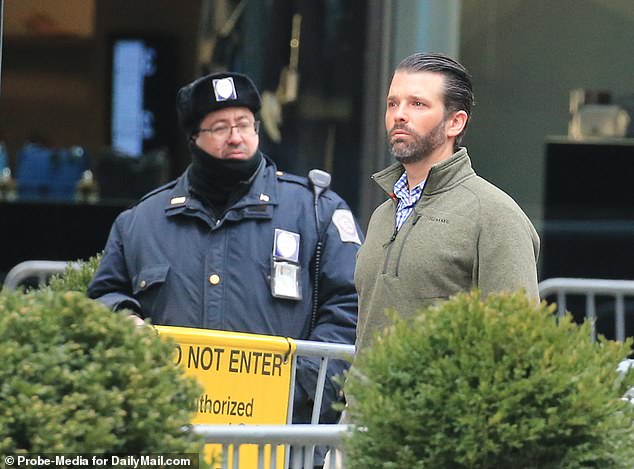 Donald Jr. was accompanied by a security team. He is shown walking a past an on-site security guard

‘I recall Don Jr. leaning over to his father and speaking in a low voice, which I could clearly hear, and saying: “The meeting is all set.” I remember Mr. Trump saying, “OK, good… let me know.

‘What struck me as I looked back and thought about that exchange between Don Jr. and his father was, first, that Mr. Trump had frequently told me and others that his son Don Jr. had the worst judgement of anyone in the world. And also, that Don Jr. would never set up any  meeting of any significance alone – and certainly not without checking with his father.’

Donald Jr. has repeatedly slammed Cohen as a ‘rat’. 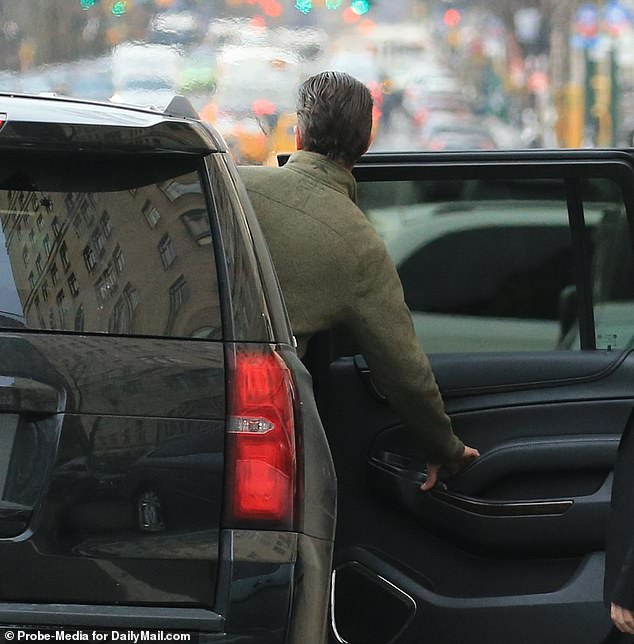