Dragon’s Den star, 36, found dead just one year after he won £50,000 investment for his candle firm

A Dragon’s Den entrepreneur who secured a £50,000 investment for his scented candle business has died ‘peacefully at home’ at the age of 36.

Drew Cockton, who had quit his high-pressured corporate job to focus on his candle-making enterprise, impressed the Dragons with his honesty about his mental health battles when he appeared on the BBC1 show last year.

The success of his vegan fragrance brand Owen Drew soared after he received a £50,000 investment from Toulker Suleyman, even securing the endorsement of socialite Paris Hilton and reality star Gemma Collins.

But his mother said that she is ‘truly, utterly heartbroken’ to announce that her ‘gorgeous boy’ died peacefully at home yesterday.

In a post on Facebook Kate Drew wrote: ‘We are devastated beyond belief. Life is never, ever going to be the same again. Rest Peacefully darling boy.’

Tributes have flooded in, with friends and relatives describing Mr Cockton as a ‘kind and caring person’ with a ‘heart of pure gold’.

Entrepreneur Drew Cockton, who secured a £50,000 investment in his scented candle business on Dragon’s Den, has died at the age of 36 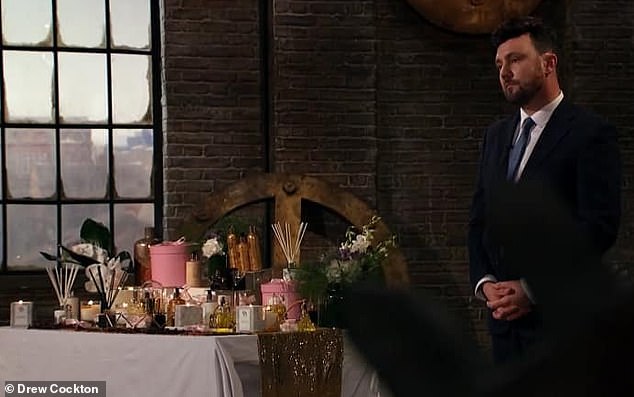 The 36-year-old, from Wirral, Merseyside, founded vegan fragrance brand Owen Drew in 2017 after quitting his high-pressured corporate job to turn his candle-making hobby into an enterprise.

He claimed to have created the world’s most expensive candle, designed to celebrate Prince Harry’s wedding to Meghan Markle in 2018, after details of the bride’s floral arrangements and bouquet were released. Set in 24 carat gold vessels, they retail at £750 and contain some of the most expensive oils and perfumes on earth.

Mr Cockton pitched to the Dragons on the BBC show last year and impressed them with how candid he was about his bipolar disorder- so much so that retail mogul Touker Suleyman agreed to invest £50,000 in the venture in exchange for a 30 per cent stake.

In an interview with FEMAIL last year Mr Cockton admitted he might have remained  stuck in an unfulfilling office job had he not fought his own challenging health battles which led to a diagnosis of bipolar disorder.

He told MailOnline: ‘I’m naturally very creative and there’s no doubt certain traits of living with bipolar have helped me, rather than hindered me.

‘My sense of risk is really low, it’s not something I worry about, so it works for me and drives me forward. 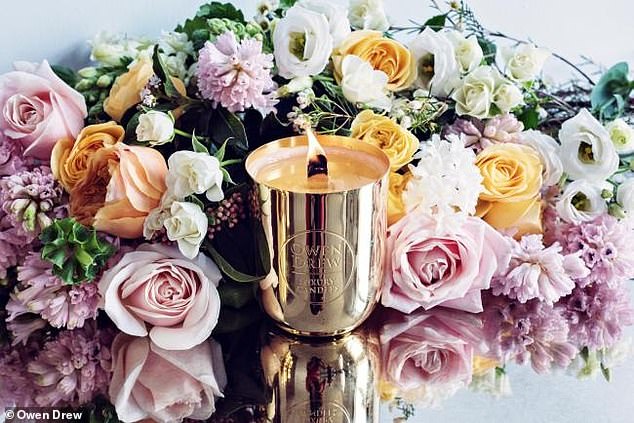 ‘Every case of bipolar is different and it’s more of a spectrum, so I tend to have cycles of six months where I’ll feel quite flat, but because I’m medicated it’s not actually depression, it’s just a very low time.

‘Then I’ll have six months where I’ve got loads of energy and I’m really productive, want to take on challenges and do new things and feel really creative.

‘Once I’m in that mindset I’m focused and if I decide to do something, I do it. That’s where bipolar helps me, and the lack of concern with taking risks is what made me go on Dragons’ Den – I don’t think I’d have done it otherwise.’

Having graduated from Manchester University with a degree in German and politics he became a postgraduate at the university’s business school.

But as the country struggled to recover from the grip of the 2008 financial crisis, jobs were scarce.

Mr Cockton drafted a business plan, earned funding from a bank and opened a 13-room bed and breakfast called EazySleep on Canal Street. But less than a year later Drew’s dreams were shattered when he had to shut it down.

He admitted he was ‘woefully inexperienced’, adding: ‘I was doing the jobs of about 10 people and eventually I just burned out and had a breakdown. 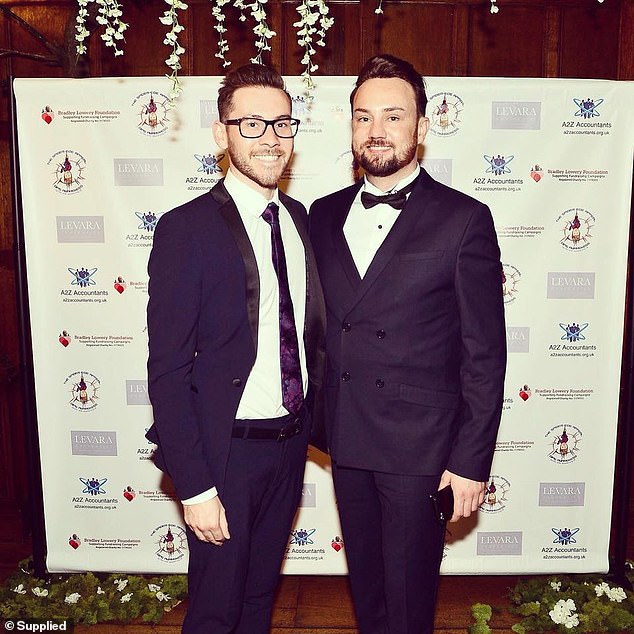 Drew, pictured right with Michael Skeggs, left, told how bipolar disorder drove him to make a soaring success of his luxury candles venture 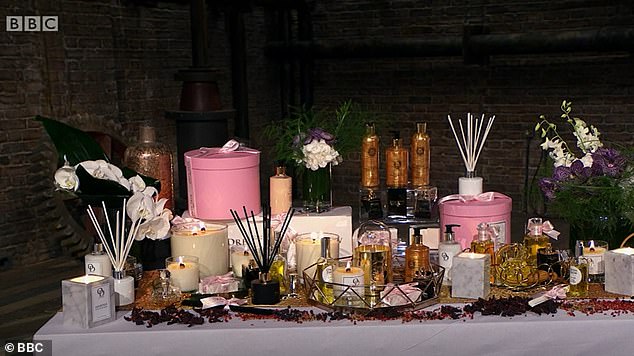 ‘I was severely depressed, lost all my hair, had really bad anxiety and had shaky hands all the time. My mum could see I was really unwell so got me to see a GP who referred me to a psychiatrist, who diagnosed me with bipolar disorder. I was 23.

‘I was a bit of a zombie at the time so didn’t really feel anything about the diagnosis; I was just existing and it’s all a bit of a blur.’

With the right medication Mr Cockton slowly began to get better and rebuild his life. He spent the next seven years working for various companies using his fluency in German to manage accounts in Germany, Switzerland and Austria for various blue chip organisations.

He said: ‘It was fine as a job, but I hated those environments. I hated the drudgery, the passive-aggressive emails from middle managers, I hated the whole corporate world and it wasn’t making me happy or giving me any fulfilment.

‘As a creative outlet I started making candles, just as a hobby, but people began calling at the house, contacting me on social media wanting to buy them and it just snowballed from there.’

In January 2017 he decided to take a gamble, quit his job and throw himself into creating a business.

After a few months his then partner Mike Skeggs, 29, quit his job in investments to become his business partner and they opened their first shop on a trading estate in Birkenhead, embracing the ‘industrial chic’ look.

And even the Princess of Wales was said to be partial to the brand. Mr Cockton claimed a Buckingham Palace butler bought six of his £35 Anglesey candles as a gift for Kate.